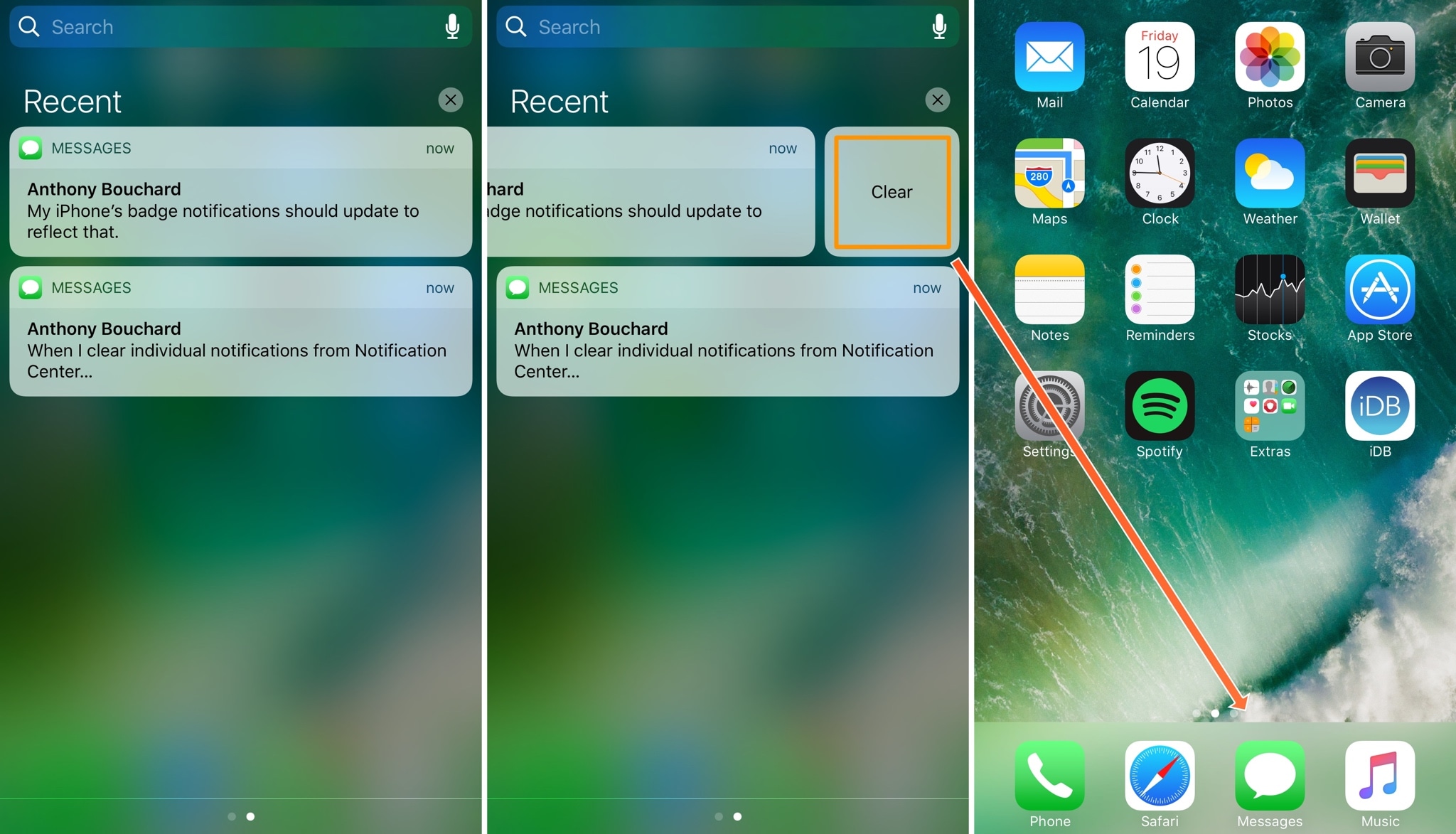 As shown in the example above, we went ahead and cleared both of our notifications from Notification Center and the badge that was on the Messages app is officially gone after the fact. We didn’t even have to go into the Messages app to acknowledge the notification, which is a big time-saver.

As disappointing as this news might be for some, the developer tells us that he’s working on a way to implement support for the alternative clearing method and will include it in a future update.

Pigeon is the best friend of the lazy, but despite that, it certainly feels like something Apple should’ve implemented in iOS to begin with. After all, having to clear a notification twice because the operating system doesn’t acknowledge you cleared it the first time is nothing short of annoying, and it leaves you asking, “Why?”

Pigeon doesn’t have any options to configure; after installation, you can start using it immediately.

If you want to give Pigeon a try, it can be downloaded for free from Cydia’s BigBoss repository. The tweak works on all jailbroken iOS 10 devices.

What are your thoughts on Pigeon? Share in the comments section below.