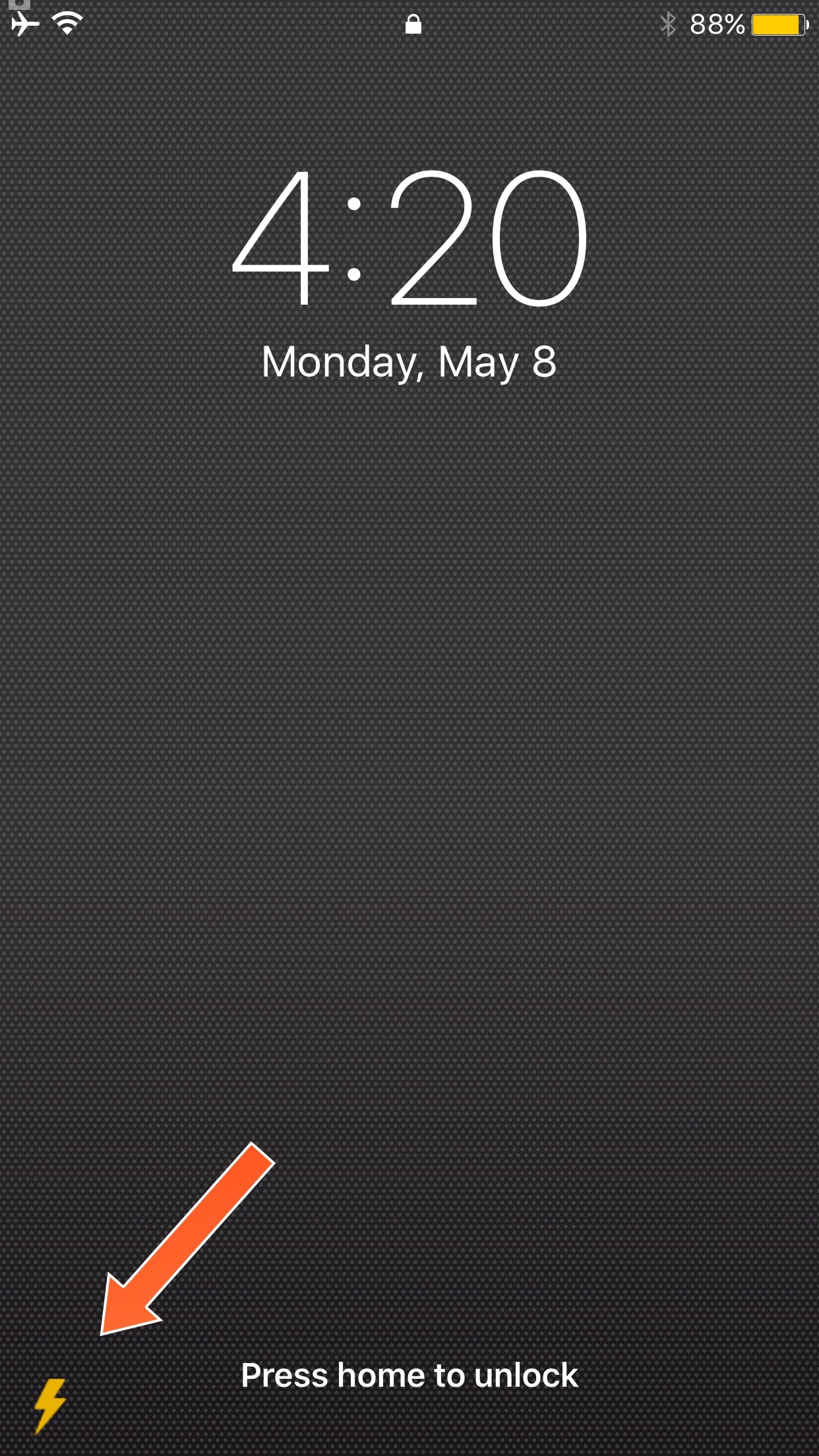 Having quick access to your iPhone’s LED flash is always convenient, and that’s why Apple built their own Flashlight toggle into iOS when they introduced Control Center with iOS 7. But now, you can make accessing the flashlight even easier.

A new free jailbreak tweak called QuickFlash by iOS developer Ziph0n adds a flashlight button to the bottom right of your Lock screen, allowing you to turn on the flashlight with just a tap.

As shown above, the button takes on a yellow lightning bolt for appearance. Because it’s displayed all the time, you don’t have to launch Control Center to access the flashlight toggle, making things more convenient in some situations.

Admittedly, it’s a bit dissatisfying that the toggle button doesn’t change color based on the LED activation status, so there’s no visual clue as to whether or not your flash is turned on. You’re left to double-checking the back of your device just to make sure. While it might be obvious at night time when your flashlight is turned on, the same can’t be said about the middle of the day in the sunlight. You may not realize your LED flashlight is on until your battery is nearly dead.

Another con is that because the color of the toggle button isn’t customizable, it won’t stand out well enough against certain wallpapers, so you may want to pick a wallpaper for the Lock screen that lets you see the button clearly, at least until a way to change the button’s color gets added.

Overall, QuickFlash is faster than opening Control Center to turn on your flashlight, but since Control Center was never a pain to open in the first place (except for very limited scenarios), the tweak is a bit of a moot point for most users.

If you want to try QuickFlash anyway, you can download it for free from Cydia’s BigBoss repository. The tweak will work on jailbroken devices running iOS 8 through iOS 10 and doesn’t have any options to configure.

Do you think QuickFlash is an improvement over using Control Center to power on the flashlight? Share in the comments!