Bouncy10 is a new free jailbreak tweak by iOS developer Rishanan that gives iOS a system-wide fun and quirky animation makeover rather than the smooth and boring animations you’ve become to used to.

It takes a bouncier approach to iOS animations, and more importantly, they’re fully adjustable, allowing you to have a different animation effect than other Bouncy10 users.

The animations Bouncy10 provides will impact a wide variety of system-wide actions in iOS, including but not limited to the following:

The tweak adds a preferences pane to the Settings app where you can toggle the bouncy animations on or off on demand, as well as adjust up to four different animation properties: 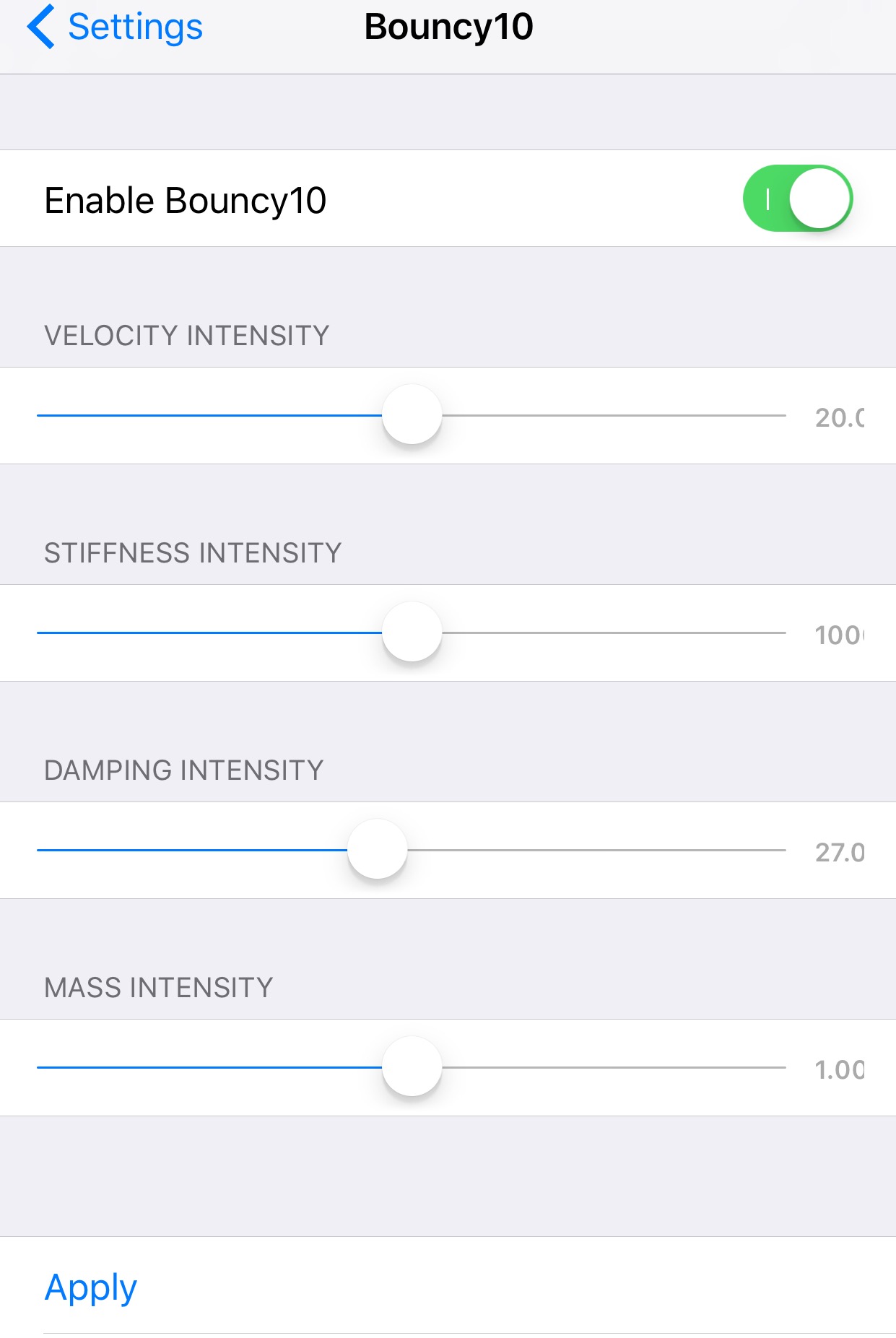 Among the adjustable properties are:

By tinkering with these adjustments, you can make the animation faster, slower, harder, softer, etc. Unfortunately, there aren’t any previews to help make your choice easier, so you will have to use the process of trial and error until you see what you like.

It’s imperative to tap on the blue Apply button at the bottom of the page to save your changes. This won’t respring your device, but your device will become unresponsive for a few seconds. You will get a confirmation message saying that your changes were successful afterwards.

Personally, I’ve always been a fan of animation-based jailbreak tweaks, so I can’t really say anything bad about Bouncy10. The fact that it’s fully customizable just makes it even better. If my daily driver iPhone were jailbroken still, this is a tweak I would definitely want to run on it.

If you’re interested in trying Bouncy10, you can download it for free from Cydia’s BigBoss repository. The tweak requires a jailbroken iOS 10 device to be installed and works on both iPhones and iPads.

What are your thoughts about the animations Bouncy10 has to offer? Share in the comments section below.