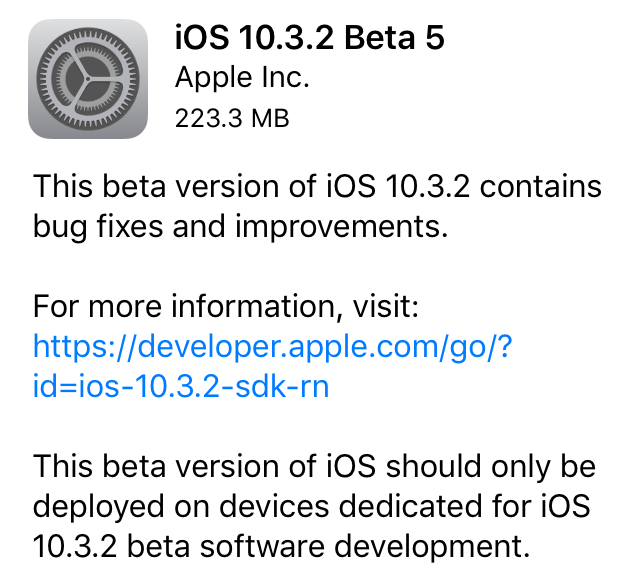 Apple on Thursday seeded the fifth beta of iOS 10.3.2 to developers. The update comes just 3 days after beta 4 was released, and registered iOS developers can install it over-the-air, or via the dev center.

Outside of a few SiriKit bug fixes, Apple hasn’t provided details regarding changes in iOS 10.3.2. It’s very likely that the focus here is on performance improvements and other under-the-hood maintenance.

We’re installing today’s update, and we’ll be sure to let you know if we spot anything new or noteworthy.