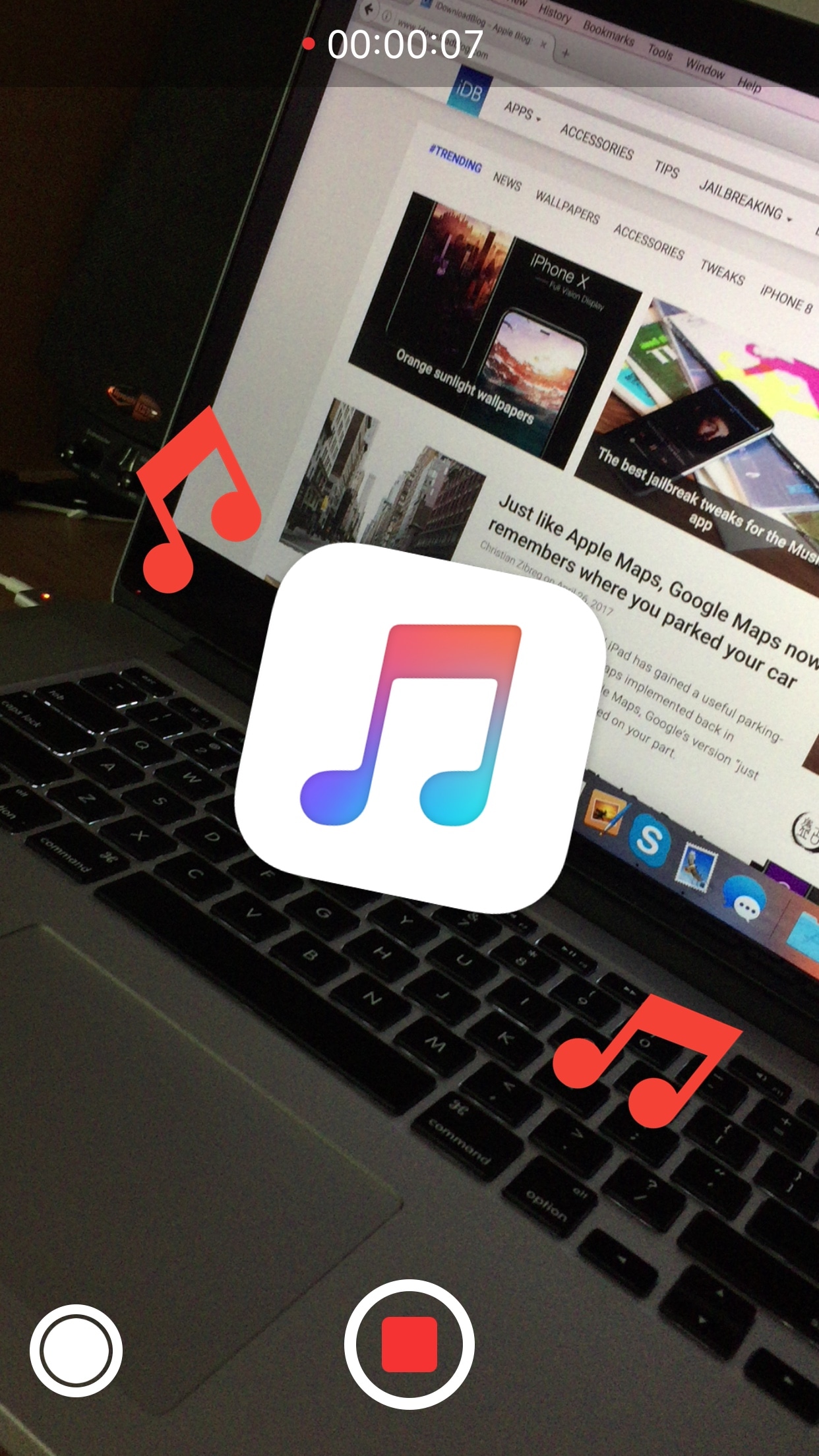 If you’ve ever tried listening to music and recording video from the Camera app at the same time, then you’ve probably noticed the app is designed to automatically silence your music the moment you tap on the record button.

A new free jailbreak tweak called Dndmymusic by iOS developer Demy Kromhof circumvents this restriction by allowing you to continue listening to music as you record footage from the Camera app.

The way the tweak works is pretty simple – when you’re listening to music, you can tap on the record button and the music will continue playing, even as you capture video footage. Dndmymusic supports live photos and slo-mo videos, among other settings in the Camera app; it even supports both the front-facing and rear-facing cameras.

There is a trade off to Dndmymusic that’s worth noting: because you’re listening to music rather than recording the sound around you, videos you record will come sans-audio. You still see everything you would normally capture in video, but you won’t hear any voices or sound effects from the things around you when you’re recording.

This will be deal-breaker for many, including myself, but if listening to your music means so much to you that you can’t pause it for the duration of recording videos, then this is definitely the right tweak for you.

Dndmymusic is available for free from Cydia’s BigBoss repository and is compatible with jailbroken iOS 10 devices.

Do you have a reason to listen to music while recording videos on your iPhone? Share why or why not in the comments section below.