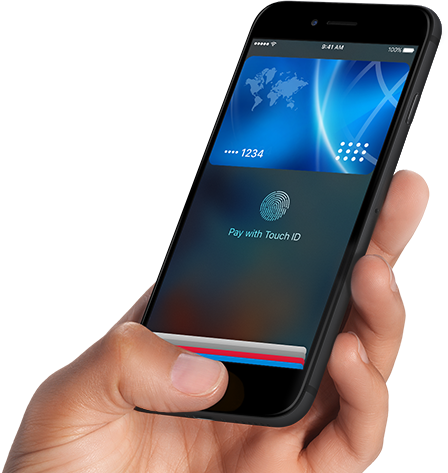 Sources speaking with Recode reiterated today that Apple is still planning to debut its own money-transfer service akin to PayPal’s Venmo that could launch later this year. Tentatively named Apple Cash, the peer-to-peer service would zap payments from users’ checking accounts to recipients through their Apple devices, basically allowing iPhone owners to send cash to friends and family members digitally.

The Cupertino giant could partner with Visa on a system that would let users obtain virtual Apple-branded prepaid cards. Running on Visa’s debit network, those digital cards could be tied directly into the firm’s rumored peer-to-peer thing.

Moreover, users would be permitted to register them with Apple Pay to use when making credit-card and debit-card payments in stores with their Apple devices. The card number could also be used to make purchases on websites and in apps.

Sources claim Apple’s recently held discussions with payments industry partners about introducing the service, which could arrive later this year. If so, and I’m just speculating here, Apple could announce it formally at the annual Worldwide Developers Conference in June.

“People would be able to use the Apple cards to spend money sent to them through the new service, without having to wait for it to clear to their bank account,” as per Recode’s report.

The prospect of Apple getting its own debit card apparently isn’t sitting well with some bank executives, who might raise their concerns with Visa next week during an annual summit that the credit card company is hosting for its bank partners.

“Banks spent heavily in insuring their cards were top of wallet when they all built and rolled out Apple Pay,” said Cherian Abraham, a digital payments executive at Experian.

Apple’s plans could change, of course.

Should it launch the service, the iPhone maker will go head-on against SquareCash, PayPal’s Venom for millennials which registered $17.6 billion in volume and is still doubling year-over-year, Chase’s QuickPay service that processed $28 billion in transfers last year and others.

TUTORIAL: How to remove credit card information from your iPhone

Unlike with Apple Pay, the company may not impose a fee on transactions.

“Apple would likely not charge consumers to use the money-transfer service, meaning it might only be able to make money if they also use the Apple debit card tied to it,” writes Recode.

The Wall Street Journal first reported on the service back in November 2015.

It’s unknown if any of the major U.S. banks may have cut a deal with the Cupertino company and how the service might tie into the banking industry’s existing infrastructure.