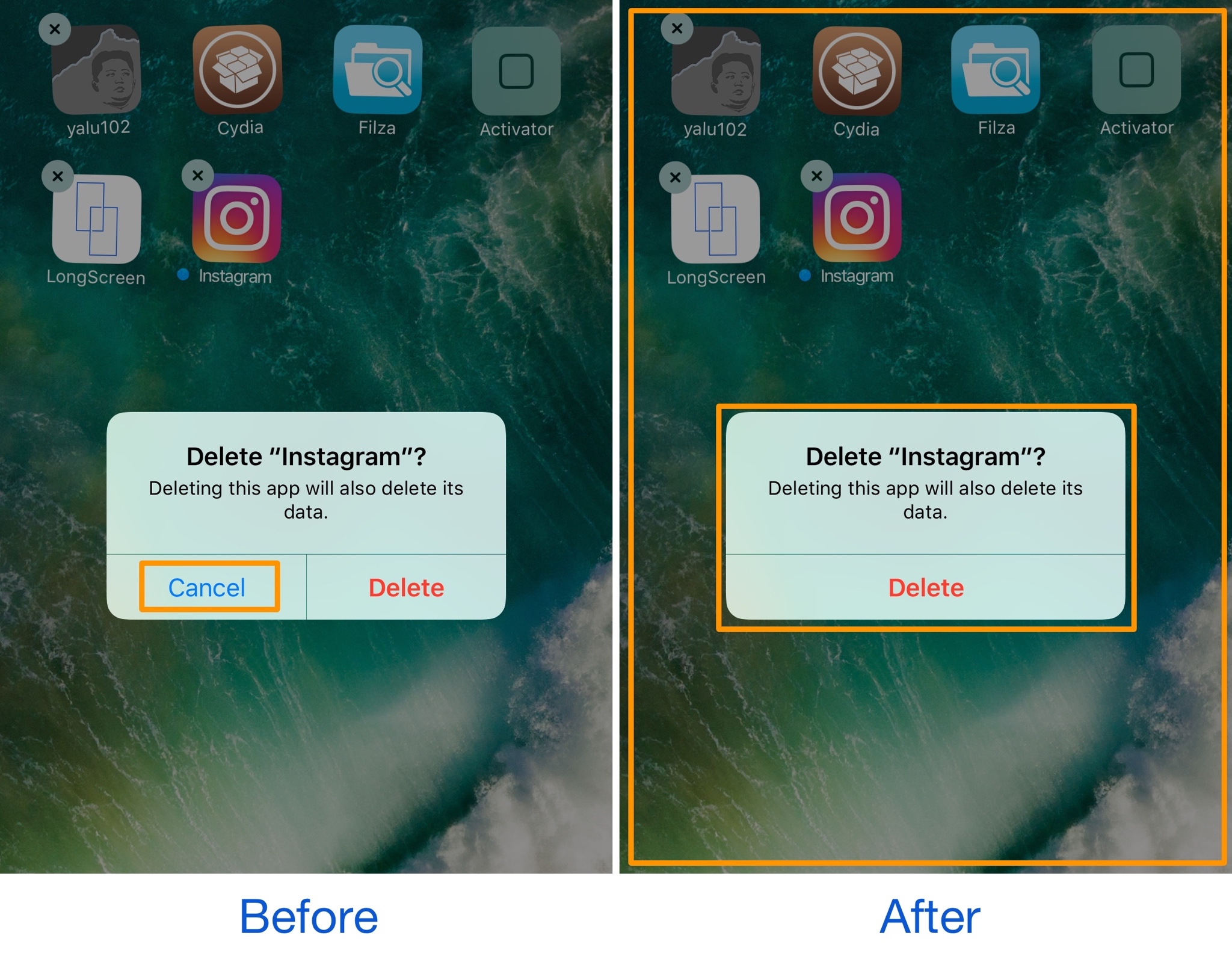 Different kinds of alert messages pop up in the middle of your screen throughout iOS. They can appear for a variety of reasons, including after an attempt to buy an in-app purchase or while you try to delete apps from your Home screen.

These alert pop-ups normally have both an actionable button and a cancel button, but a new free jailbreak tweak called DismissAnywhere by Demy Kromhof puts a new spin on things by eliminating the cancel button and letting you tap anywhere outside of the alert to dismiss it.

As shown above, DismissAnywhere hides the Cancel button from the alert message, making it look cleaner overall. Moreover, because of all the space there is surrounding the alert itself, there’s a larger surface area to tap on to dismiss the alert rather than having to confine your tap to a small button.

This effectively means there’s a slimmer chance of your tap bleeding over to the wrong button and doing something you didn’t mean; not that this kind of a mistake is common to begin with anyways, but the added peace of mind is always welcomed.

DismissAnywhere doesn’t currently work with notification-based alerts, such as those related to text messages, emails, Facebook, etc., nor does it work with banner notifications. As a result, its purpose does feel a bit limited in its current form.

On the other hand, for those who wish the tweak supported all kinds of alerts, the developer says he’s working on support for notification-based alerts that will launch in a future update, allowing you to use the tweak to dismiss even app notification alerts and should make the tweak more usable for everyone.

In the meantime, if you’re interested in giving DismissAnywhere a try today, it can be downloaded for free from Cydia’s BigBoss repository. The tweak is compatible with jailbroken iOS 8, 9, and 10 devices and there are no options to configure after installation.

Do you like the idea of being able to tap anywhere to dismiss an alert instead of being forced to tap on the cancel button? Share in the comments below.