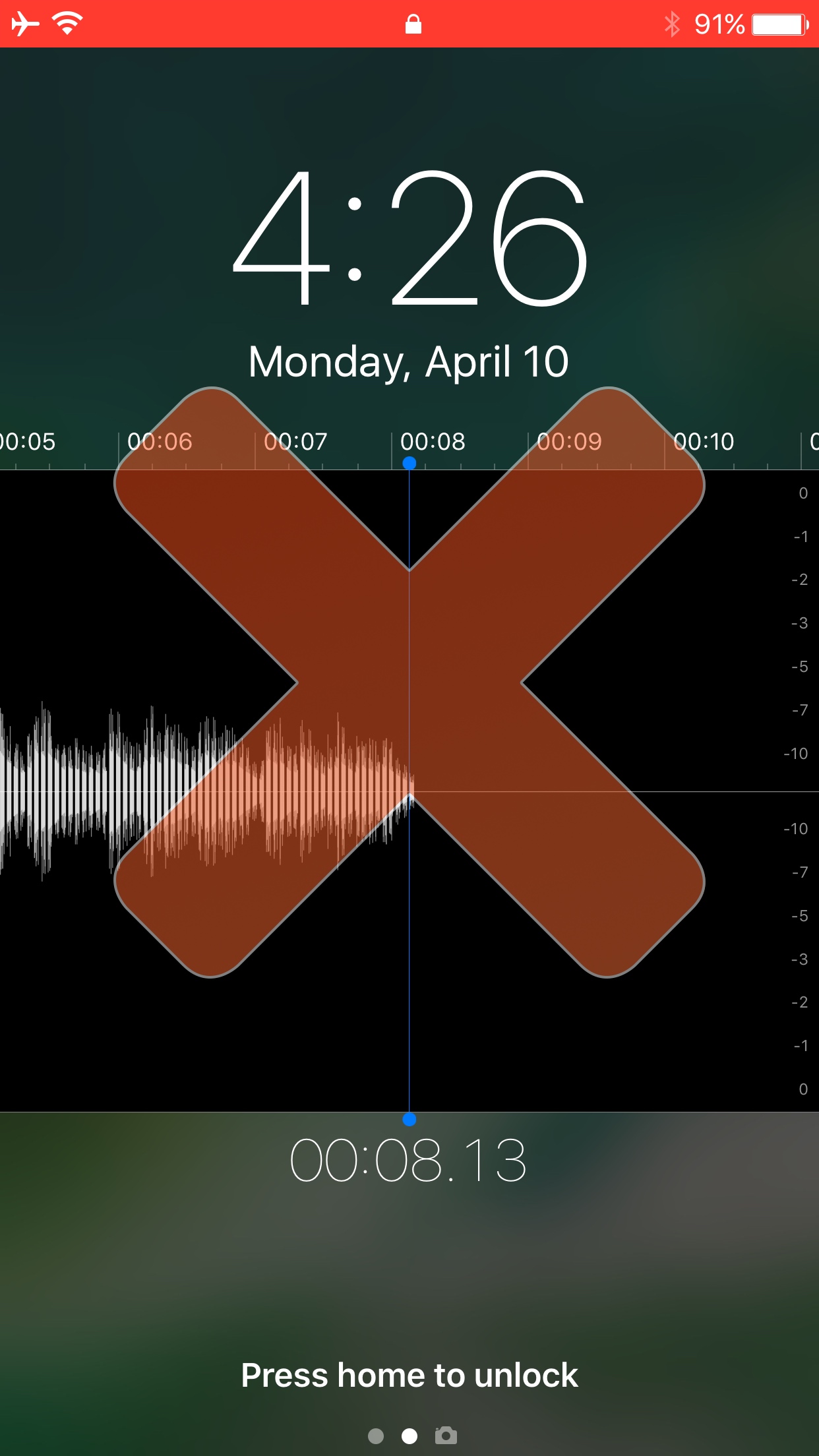 The Voice Memos app is useful for recording conversations to listen back on at a later date. On the other hand, when trying use it discreetly, the app is far from helpful. It drops obvious hints that it’s being used by displaying an animated waveform on the Lock screen and a bloated red Status Bar everywhere else in iOS.

If you were hoping for a solution to this problem, then you’re in luck because a new free jailbreak tweak called discreetVoiceMemos by CydiaGeek helps to make your Voice Memos usage more sneaky by hiding these highly-visible features from your device when the app is in use.

Once you install this tweak, it gets to work immediately. There aren’t any options you have to configure to get it to work.

Once you open the Voice Memos app and start a recording, you can leave the app without seeing a bloated red Status Bar anywhere throughout iOS. Moreover, when you lock your device, you won’t see the waveform that normally appears as the Lock screen to illustrate that voice recording activity is happening.

For what it’s worth, discreetVoiceMemos doesn’t keep the app from recording, but all of the visual cues are essentially nixed from iOS entirely. This increases the likelihood that you’ll forget your device is recording in the background, which has potential implications for battery life and privacy for anyone who might a little bit forgetful.

While it isn’t for everyone, anybody who wants to stay discreet when recording things with their Voice Memos app will find that discreetVoiceMemos is one of the best ways to go about it.

If you’re interested in trying discreetVoiceMemos, it’s available as a free download from Cydia’s BigBoss repository. The tweak works on jailbroken devices running iOS 8, 9, and 10.

You might also like: This tweak lets you modify the look of the activity Status Bar on your iPhone

Do you like the idea of being able to record things from your iPhone without such obvious cues lighting up your Lock screen like a Christmas tree? Share in the comments below!