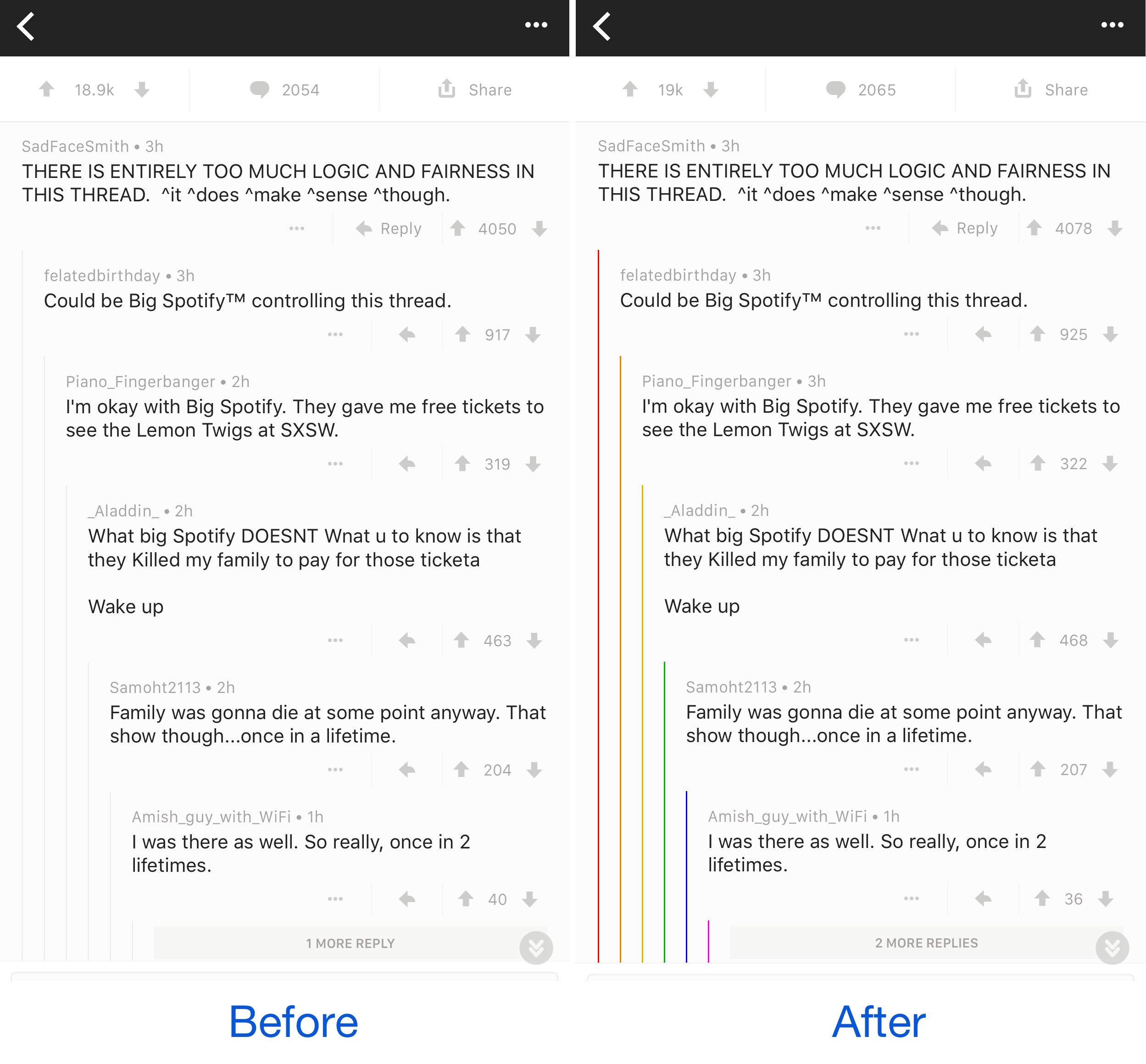 In the official Reddit app for iOS, gray vertical lines of varying heights appear between comments underneath posts. They’re intended to help lead the eyes, making it easier to differentiate between responses, but the gray isn’t exactly easy for everyone to see.

A new free jailbreak tweak called ColorComments by Ben Giannis lets you add a splash of color to those lines, not only for improving the efficiency of how your eyes distinguish between each one, but also making the app look more unique in the process.

Shown above, you can see just how the colors make the app pop and make it easier to easier to distinguish between the lines in terms of visuals. The stock gray lines are not only harder to see, but they just don’t pop.

Of course, if rainbow colors aren’t your forte, then you can opt for any of the other color choices instead. The tweak adds a preferences pane to the Settings app where you can configure your color choice: 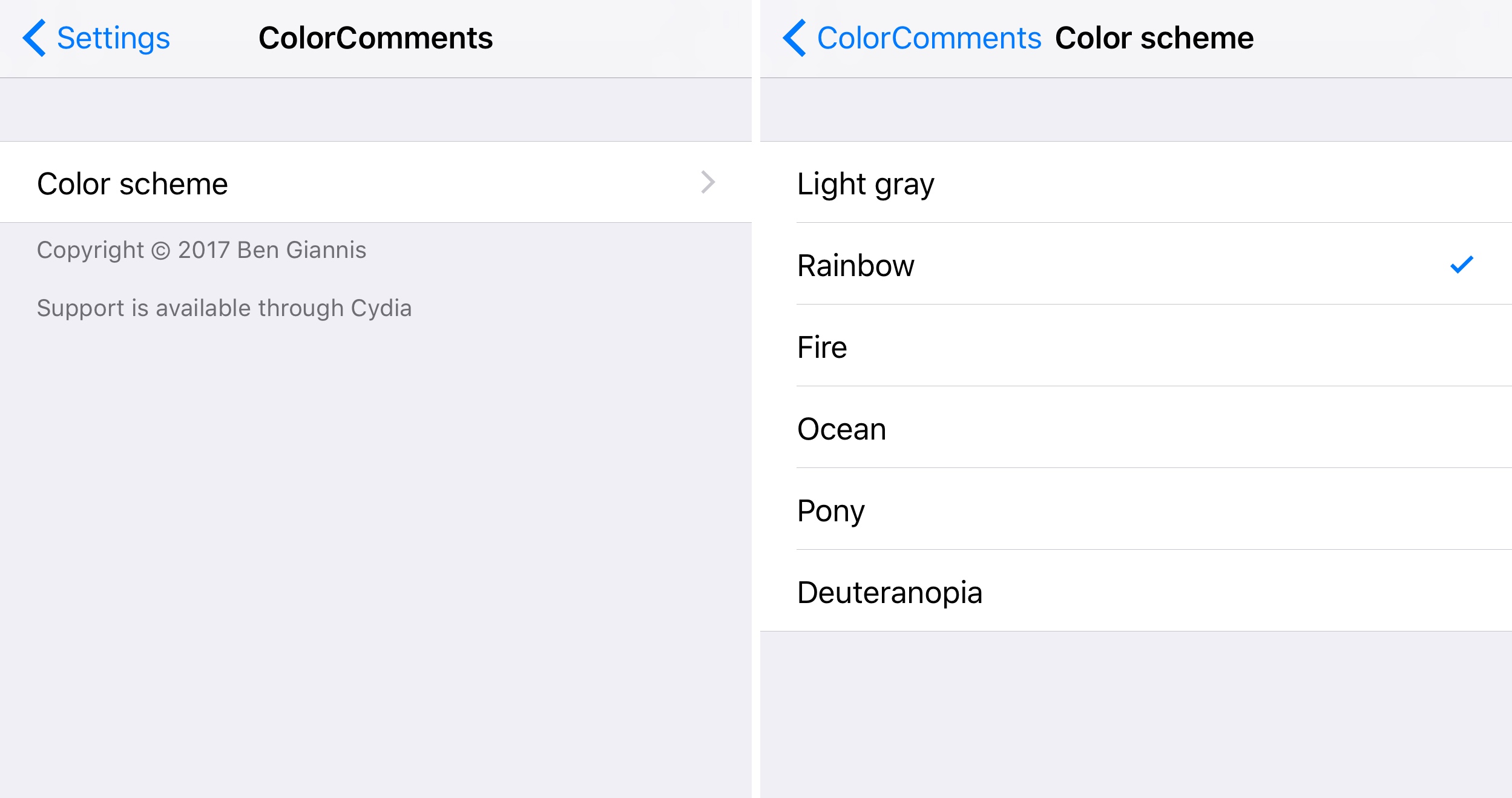 Among the available preset options are:

Personally, I think the colorized lines make it easier for my eyes to follow the comments, but to each their own. If you use the Reddit app, then I would certainly suggest at least giving ColorComments a shot.

Since ColorComments is only intended to work in the official Reddit app, which can be downloaded for free from the App Store, it won’t work in third-party Reddit clients or the Reddit web page in Safari.

If you want to try ColorComments, you can download it on your jailbroken device for free from the BigBoss repository in Cydia today.

Do you prefer the stock look of the Reddit app or the colorized effects from ColorComments? Share in the comments section below.