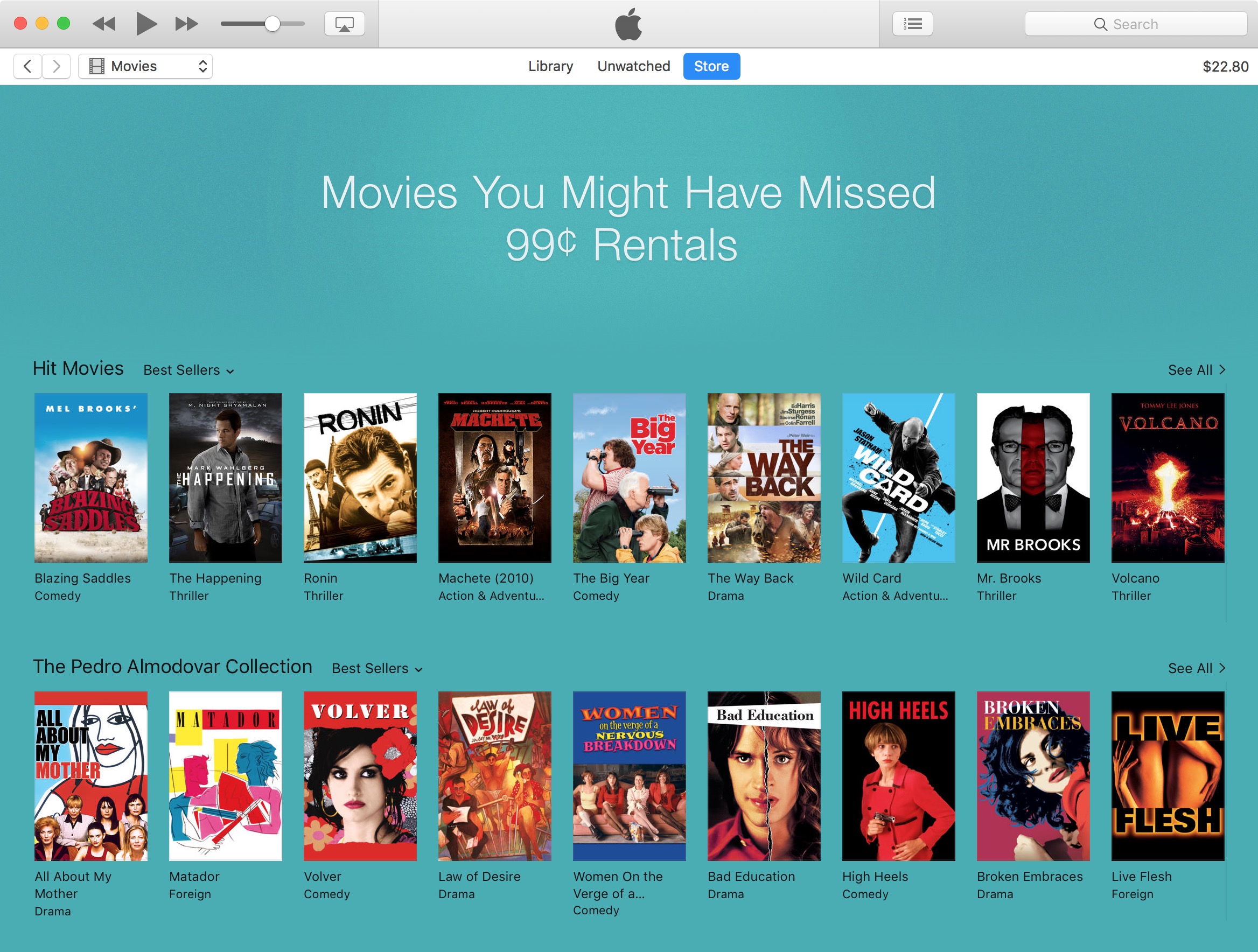 Apple on Tuesday seeded an update for iTunes, bringing the content management software to version 12.6. The release brings about minor app and performance improvements, as well as the ability to watch your iTunes movie rentals across your devices with iOS 10.3 or tvOS 10.2.

Prior to today’s update, movie rentals could not be transferred to other devices, and therefore could not be watched on multiple devices. Now with iTunes 12.6, Apple says that you can rent a movie once, and then watch it on any device you want to during the 24-hour rental window.

The release notes also suggest that we’ll be seeing iOS 10.3 and tvOS 10.2 released to the public in the near future. Developers and public beta program members have been testing the updates since January, and they are expected to bring about various new features and improvements.