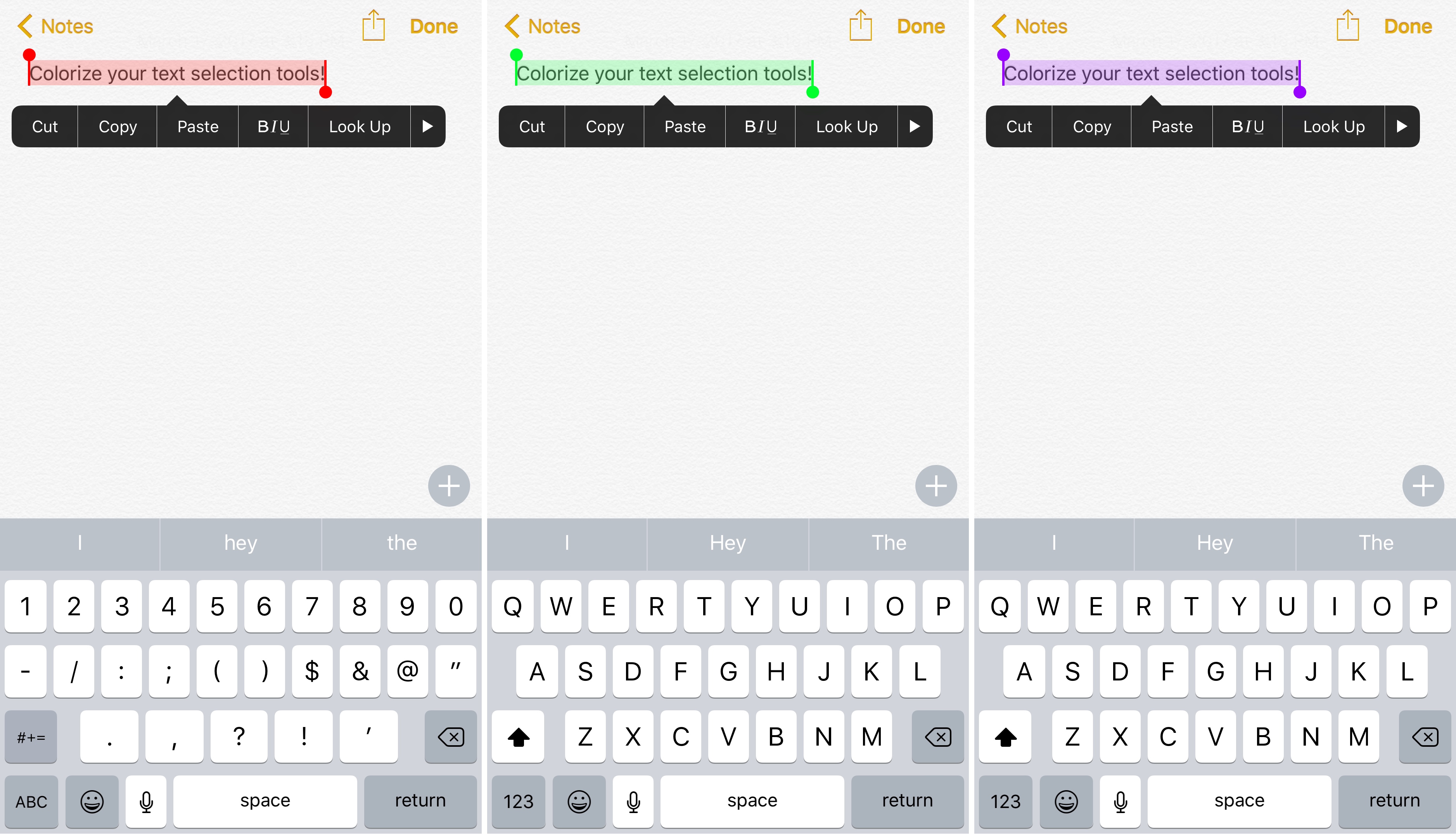 The last several weeks have seen the release of many jailbreak tweaks aimed at colorizing different elements of iOS, and it doesn’t seem like the trend will be dying down any time soon.

Yet another tweak to join the growing array of color customization tweaks is Moose by iOS developer Tom Effects. This tweak lets you tint the cursor and text highlighting tools you typically see when editing text in iOS.

These elements are typically a shade of blue on any stock device, but now they don’t have to be.

Moose adds a preferences pane to the Settings app where you can toggle the colorization effects on or off, and choose your favorite color: 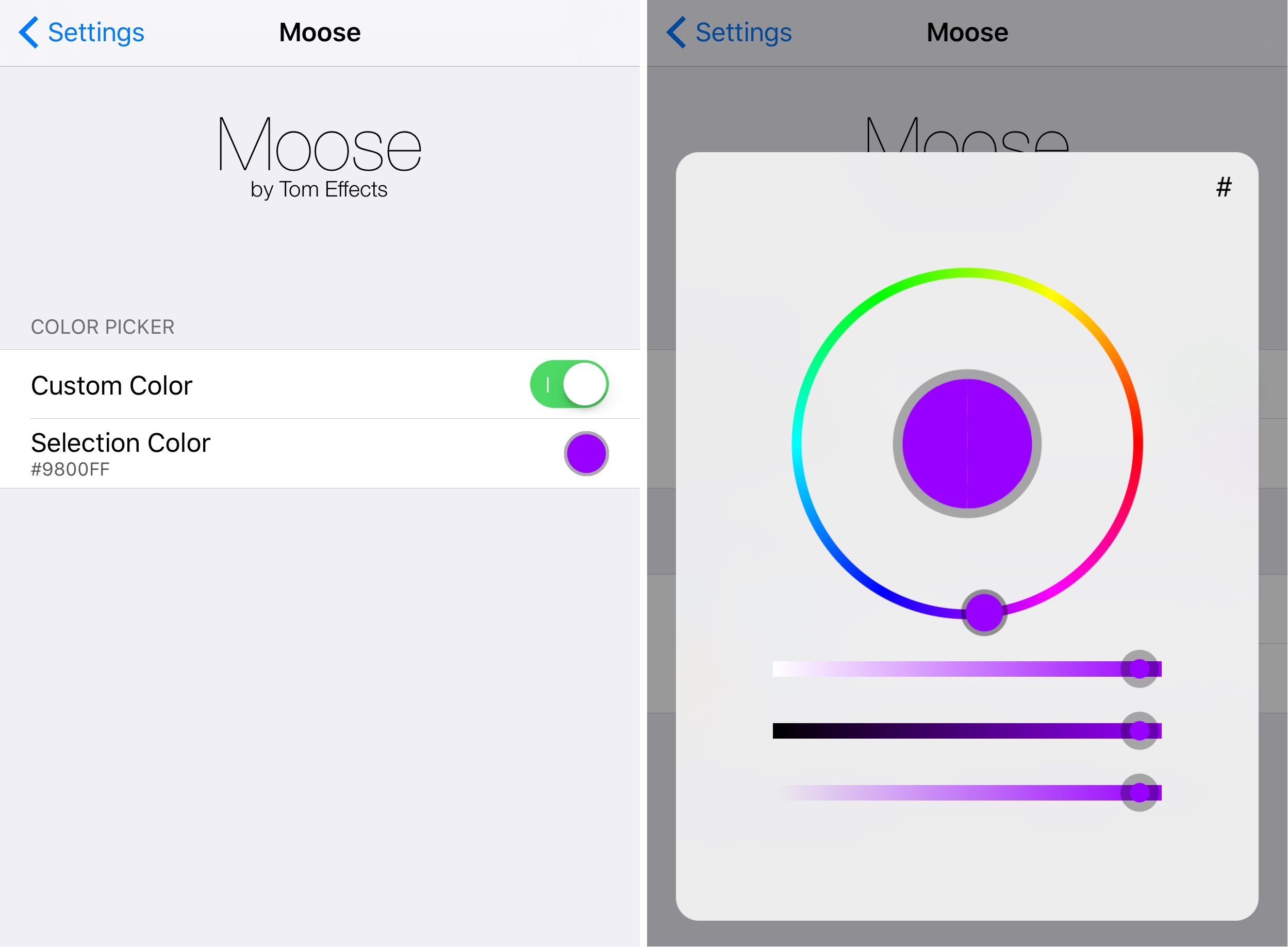 Because the tweak uses libcolorpicker instead of a preset color list, you have an infinite selection of colors to choose from, which means you can get any color you want or anything in between. It even lets you pick custom alpha levels or insert specific color hex codes.

A respring isn’t necessary to save your settings, however you may need to force-quit any apps that would be affected by the tweak from the App Switcher and re-launch them in order to see the changes you’ve made.

Like many colorization tweaks, Moose is nothing more than an aesthetic mod, so you shouldn’t expect the tweak to drastically change the way you edit text in iOS. Nevertheless, if you’re into theming, it’s a nice addition to have because it can increase the consistency of your customizations.

Moose is available for free in Cydia’s BigBoss repository and works on jailbroken iOS 10 devices.

Will you be colorizing your text-editing tools in iOS with Moose? Share in the comments below.