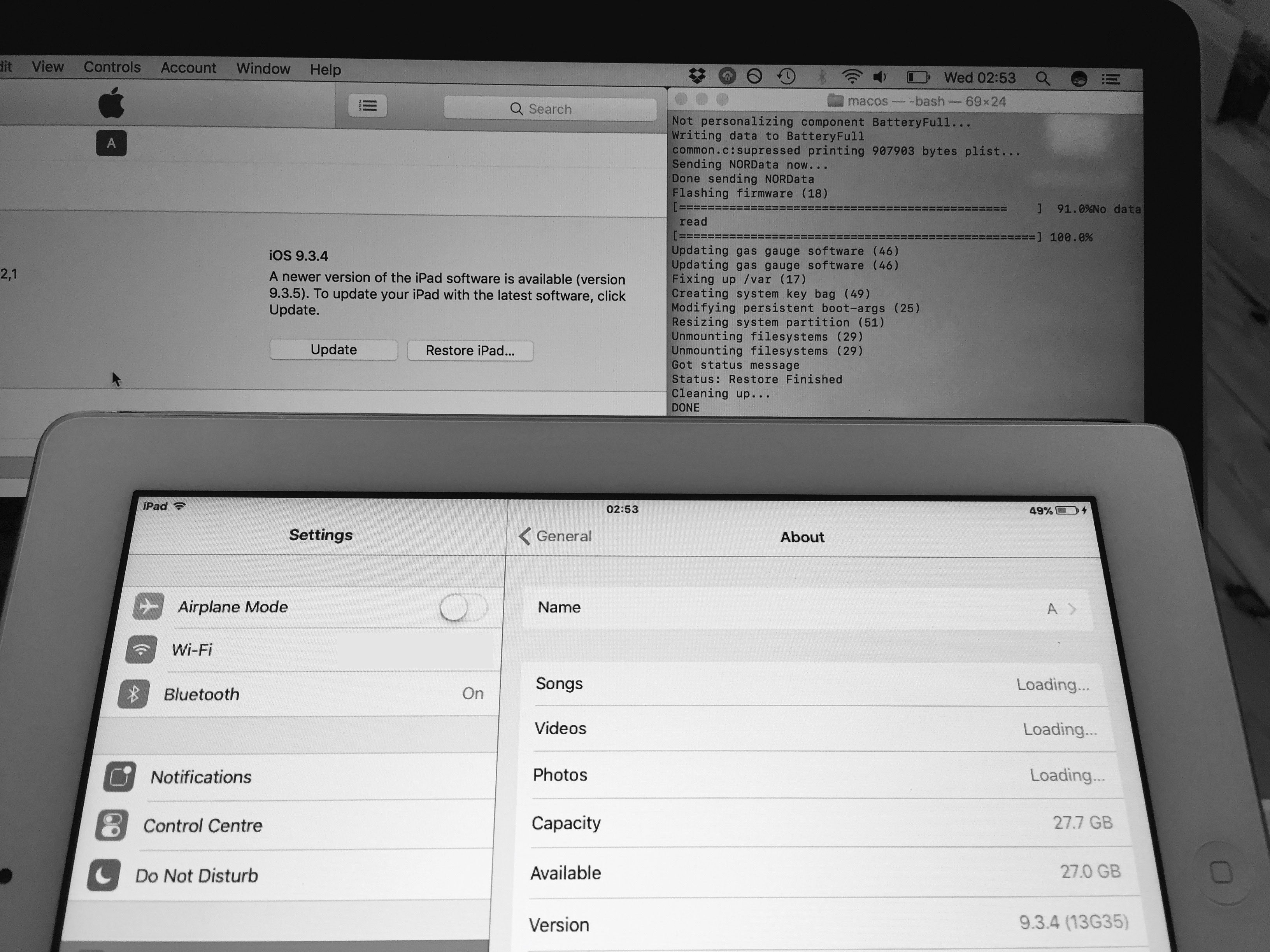 As some of you may have seen from my tweet yesterday, there is some exciting news afoot for owners of 32-bit devices on iOS 9.

A group of developers including alitek12, ee_csw and Trevor Schmitt have stated that they are working on a downgrade solution which will allow users of legacy devices to escape from iOS 9.3.5 and return to a jailbreakable iOS 9 firmware.

This is big news because many 32-bit devices do not support iOS 10, and so iOS 9.3.5 is the highest firmware they can currently be forced to restore to. It also happens to be the only recent unjailbreakable firmware for these devices, what with Home Depot and the like.

What does it do?

Allows 32-bit devices to downgrade from iOS 9.3.5 to any other iOS 9 firmware without a jailbreak, provided you have blobs for the destination firmware.

What does this mean for 32-bit devices?

As you can see, provided you have your blobs and the right device, the possibilities here are almost limitless. I had the lucky chance to test out the tool personally, and successfully downgraded my old iPad 2 Wifi to iOS 9.3.4. It’s now jailbroken again after being stuck on iOS 9.3.5 for a while. Hopefully once this tool is released many others will be able to do likewise.

Details of the tool’s workings cannot be given out at the moment, until it has been finished and officially announced. However, I can say that the process is slightly more complex on cellular devices than on Wifi-only devices, but is pretty easy regardless. Once the tool is released, I’ll put together a guide on how to use it for anyone who wants to give it a go.

Do you have 32-bit devices that you’d love to downgrade to older firmwares for the performance? Are you stuck on iOS 9.3.5 at the moment? And did you, of all things, save your blobs for earlier firmwares?