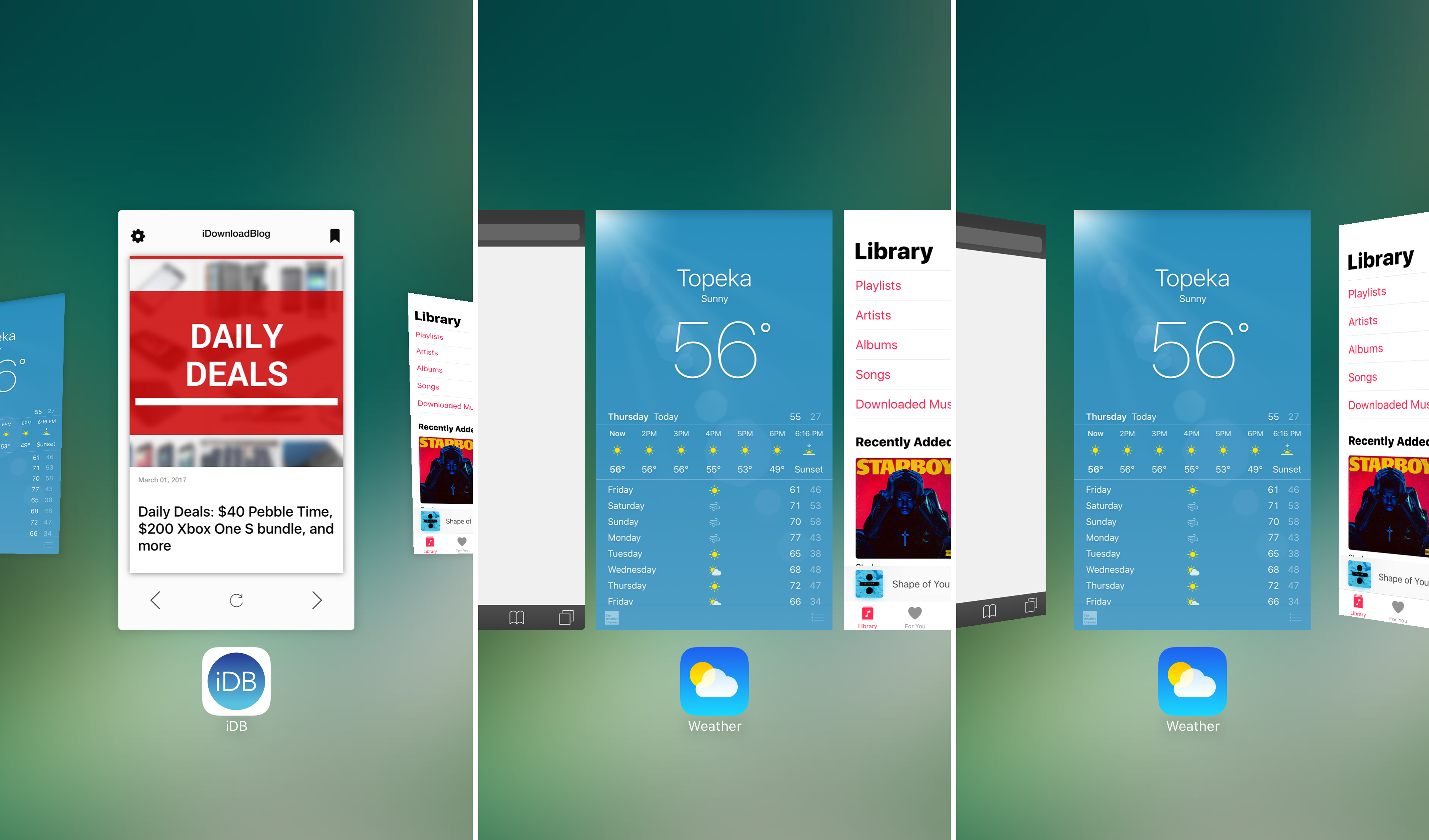 Without a doubt, the App Switcher is one of the interfaces that gets used more than any other on an iOS device. It’s an access point for all of your recently-used apps, and whenever you desire to force-quit an application, you’ll end up in the App Switcher for that too.

Since you use it so much, why not empower yourself with the ability to customize it and make it look the way you want it to? You could always leave it stock, but when you have a jailbreak, you can stand out from the rest with a jailbreak tweak called 3DSwitcher 2.

As the name suggests, this tweak is designed around the premise of changing the look and feel of the App Switcher with a more three-dimensional appeal. As an example, the GIF below shows the new App Switcher by default after installing this tweak:

We say “default,” because there are numerous different App Switcher modes you can pick from. To customize your App Switcher, you can go to the Settings app and select the mode you want to use. All of them are going to be three-dimensional in some way, shape, or form: 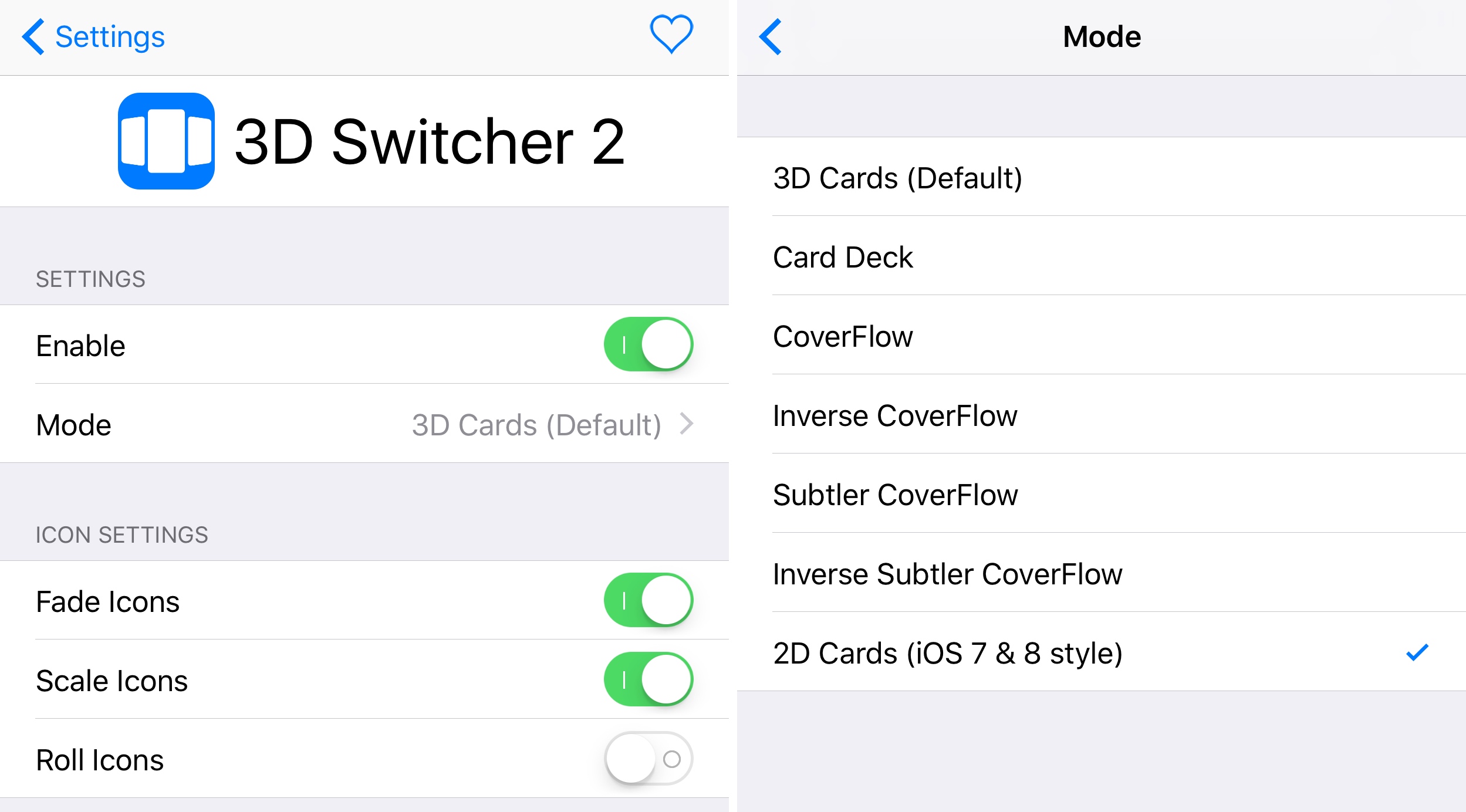 The settings you can play with include:

With the many different App Switcher modes you have to pick from, you can move away from the bland and stock UI to make things more exciting to use in the long run. Since you probably use the App Switcher a lot from day-to-day, making it look stylish is never a bad thing.

3DSwitcher 2 is available in Cydia’s BigBoss repository for $1.99 right now and works on both jailbroken iOS 9 and iOS 10 devices. It’s also worth noting that if you own the original 3DSwitcher, then this version is available for a discounted upgrade price of $0.99.

Are you going to be transforming your two-dimensional App Switcher to a modernized three-dimensional alternative? Share in the comments below!