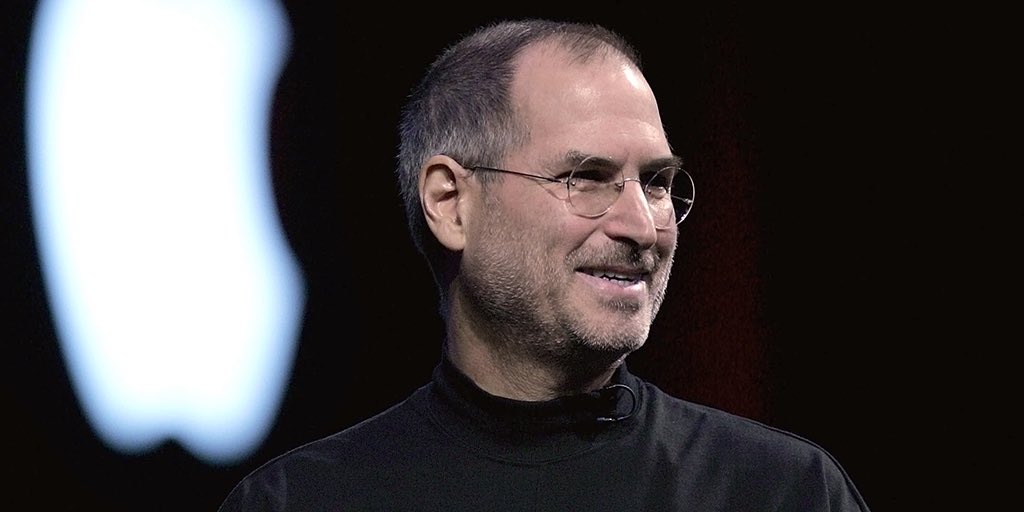 Steve Jobs, Apple’s late co-founder and chief executive, would have turned 62 today. Perhaps best known to the general public for his penchant for carefully choreographed product presentations and unique leadership style, Steve passed away on October 5, 2011—the day after the iPhone 4s unveiling—of respiratory arrest related to a rare form of pancreatic neuroendocrine tumor he was diagnosed with in 2003.

Apple’s current CEO Tim Cook tweeted today in Steve’s remembrance, sharing one of Steve’s famous quotes: “There is no reason not to follow your heart.

Jobs was born on February 24, 1955 in San Francisco, California and adopted at birth. His biological father was Abdulfattah “John” Jandali, born in 1931 into a Muslim household, who grew up in Homs, Syria.

Earlier this week, Apple honored Steve in a press release announcing its upcoming 175-acre ring-shaped office building, officially named Apple Park and envisioned by Jobs, will be opening doors to employees in April.

“Steve would have turned 62 this Friday, February 24. To honor his memory and his enduring influence on Apple and the world, the theater at Apple Park will be named the Steve Jobs Theater,” wrote Apple.

Opening later this year, the entrance to the 1,000-seat auditorium where future press and corporate events will be held, is a 20-foot-tall glass cylinder, 165 feet in diameter, supporting a metallic carbon-fiber roof. The theater is situated atop a hill, overlooking meadows and the main building.

“Steve’s vision for Apple stretched far beyond his time with us. He intended Apple Park to be the home of innovation for generations to come,” Tim Cook is quoted as saying in the press release announcing Apple Park.

Steve’s widow, Laurene Powell Jobs, is quoted as describing Steve as “exhilarated and inspired by the California landscape, by its light and its expansiveness,” adding it was her late husband’s favorite setting for thought and that he would have “flourished” on Apple’s new “luminously designed” campus.

“Steve invested so much of his energy creating and supporting vital, creative environments. We have approached the design, engineering and making of our new campus with the same enthusiasm and design principles that characterize our products,” the press release quotes Apple’s Chief Design Officer Jony Ive as saying.

Ive was often referred to by Steve as “one of my best friends in the whole world”.

“Remembering Steve, whose words and ideals will always inspire us,” Cook said on Twitter today. 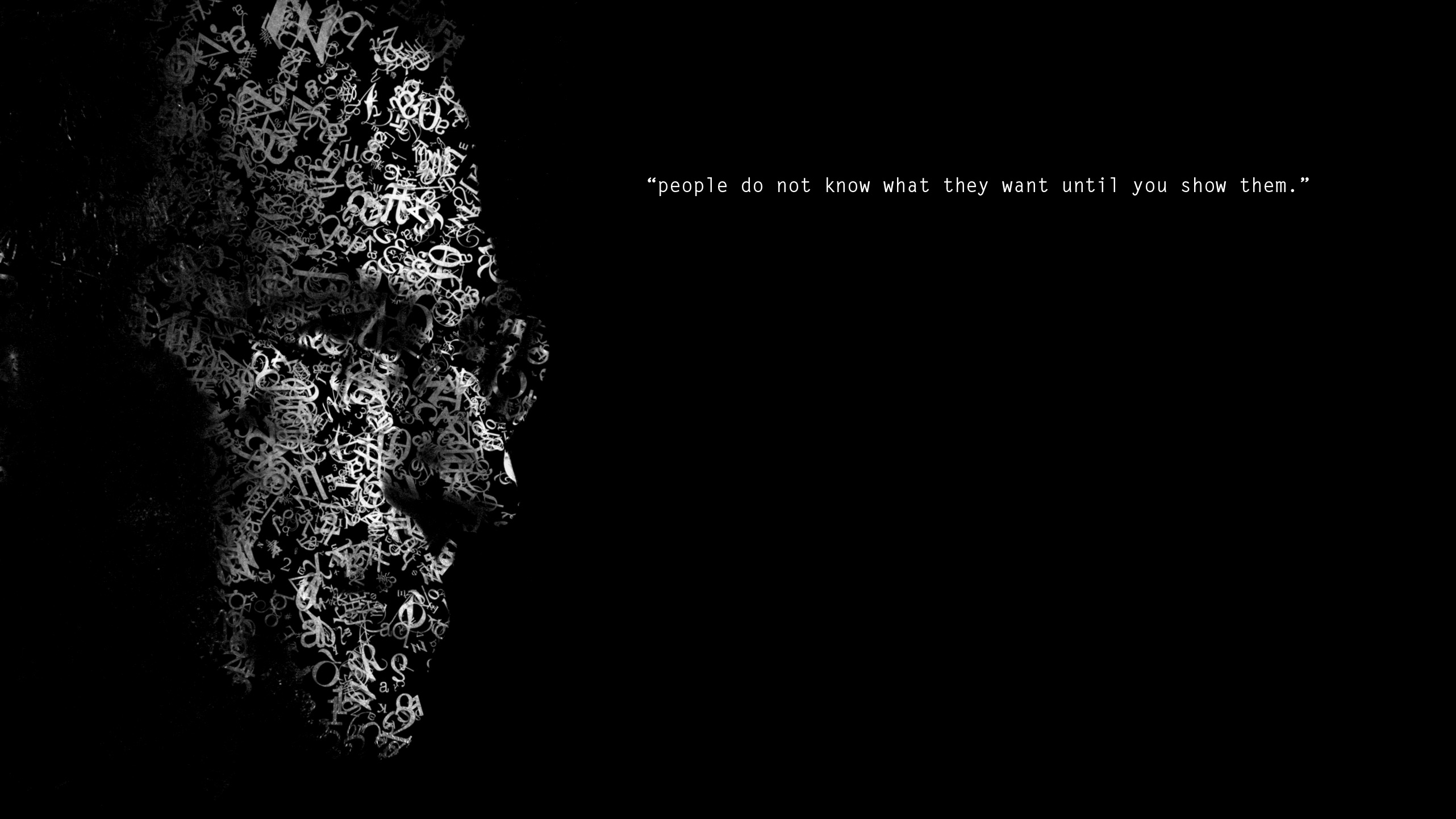 That quote actually dates back to the Stanford University Commencement address Jobs delivered on June 12, 2005, during which he touched upon the subject of life and death and advised graduates to always listen to their inner voice and follow their intuition.

Here’s that segment in full:

When I was 17, I read a quote that went something like: “If you live each day as if it was your last, someday you’ll most certainly be right.” It made an impression on me, and since then, for the past 33 years, I have looked in the mirror every morning and asked myself: “If today were the last day of my life, would I want to do what I am about to do today?” And whenever the answer has been “No” for too many days in a row, I know I need to change something.

Remembering that I’ll be dead soon is the most important tool I’ve ever encountered to help me make the big choices in life. Because almost everything — all external expectations, all pride, all fear of embarrassment or failure — these things just fall away in the face of death, leaving only what is truly important. Remembering that you are going to die is the best way I know to avoid the trap of thinking you have something to lose. You are already naked. There is no reason not to follow your heart.

About a year ago I was diagnosed with cancer. I had a scan at 7:30 in the morning, and it clearly showed a tumor on my pancreas. I didn’t even know what a pancreas was. The doctors told me this was almost certainly a type of cancer that is incurable, and that I should expect to live no longer than three to six months. My doctor advised me to go home and get my affairs in order, which is doctor’s code for prepare to die. It means to try to tell your kids everything you thought you’d have the next 10 years to tell them in just a few months. It means to make sure everything is buttoned up so that it will be as easy as possible for your family. It means to say your goodbyes.

I lived with that diagnosis all day. Later that evening I had a biopsy, where they stuck an endoscope down my throat, through my stomach and into my intestines, put a needle into my pancreas and got a few cells from the tumor. I was sedated, but my wife, who was there, told me that when they viewed the cells under a microscope the doctors started crying because it turned out to be a very rare form of pancreatic cancer that is curable with surgery. I had the surgery and I’m fine now.

This was the closest I’ve been to facing death, and I hope it’s the closest I get for a few more decades. Having lived through it, I can now say this to you with a bit more certainty than when death was a useful but purely intellectual concept:

No one wants to die. Even people who want to go to heaven don’t want to die to get there. And yet death is the destination we all share. No one has ever escaped it. And that is as it should be, because Death is very likely the single best invention of Life. It is Life’s change agent. It clears out the old to make way for the new. Right now the new is you, but someday not too long from now, you will gradually become the old and be cleared away. Sorry to be so dramatic, but it is quite true.

Your time is limited, so don’t waste it living someone else’s life. Don’t be trapped by dogma — which is living with the results of other people’s thinking. Don’t let the noise of others’ opinions drown out your own inner voice. And most important, have the courage to follow your heart and intuition. They somehow already know what you truly want to become. Everything else is secondary.

If you’d like to watch the video of Steve’s Commencement speech, here it is.

The full transcript is on the Stanford University’s website.

Jobs co-founded Apple in 1976 with Steve Wozniak and Ronald Wayne.

Aside from other qualities, good or bad, Steve shall be remembered for his magical presentation skills. The ultimate showman and consulate salesman, he held the audiences in the palm of his hand like no other businessman before or after him could.

In this video from the D8 conference in 2008, Steve responds very insightfully to an audience question about the state of Apple TV and television in general. It’s worth watching because in the video, Steve gives a very clear and concise explanation of the problem with TV technology evolution and how complicated the TV market is.

Jobs resigned from Apple in 1985 in a boardroom coup.

Following a twelve-year exile, he returned to Apple’s helm as iCEO (interim CEO) in 1996. After Apple bought his company NeXT and its NeXTSTEP operating system (which served as the foundation of Mac OS X) in 1997, he dropped the “i” from CEO and became Apple’s full-time chief executive.

Jobs would go on to save Apple from certain death and turn the company into the world’s biggest corporation in terms of market valuation, influence and market power. He oversaw the development of one smash hit after another: the original iPod in 2001, the original iPhone in 2007 and the original iPad in 2010, plus other popular gadgets such as the ultra-portable MacBook Air notebook.

I am deeply saddened that he was taken prematurely from us. I’m convinced he had a lot of ideas and innovation left in him before his death and that he would have gone on to disrupt a few more industries had it not been for his disease (F*** YOU, CANCER!).

Every time someone says the words “one more thing,” I instantly think of Steve.

Here’s to the craziest one…