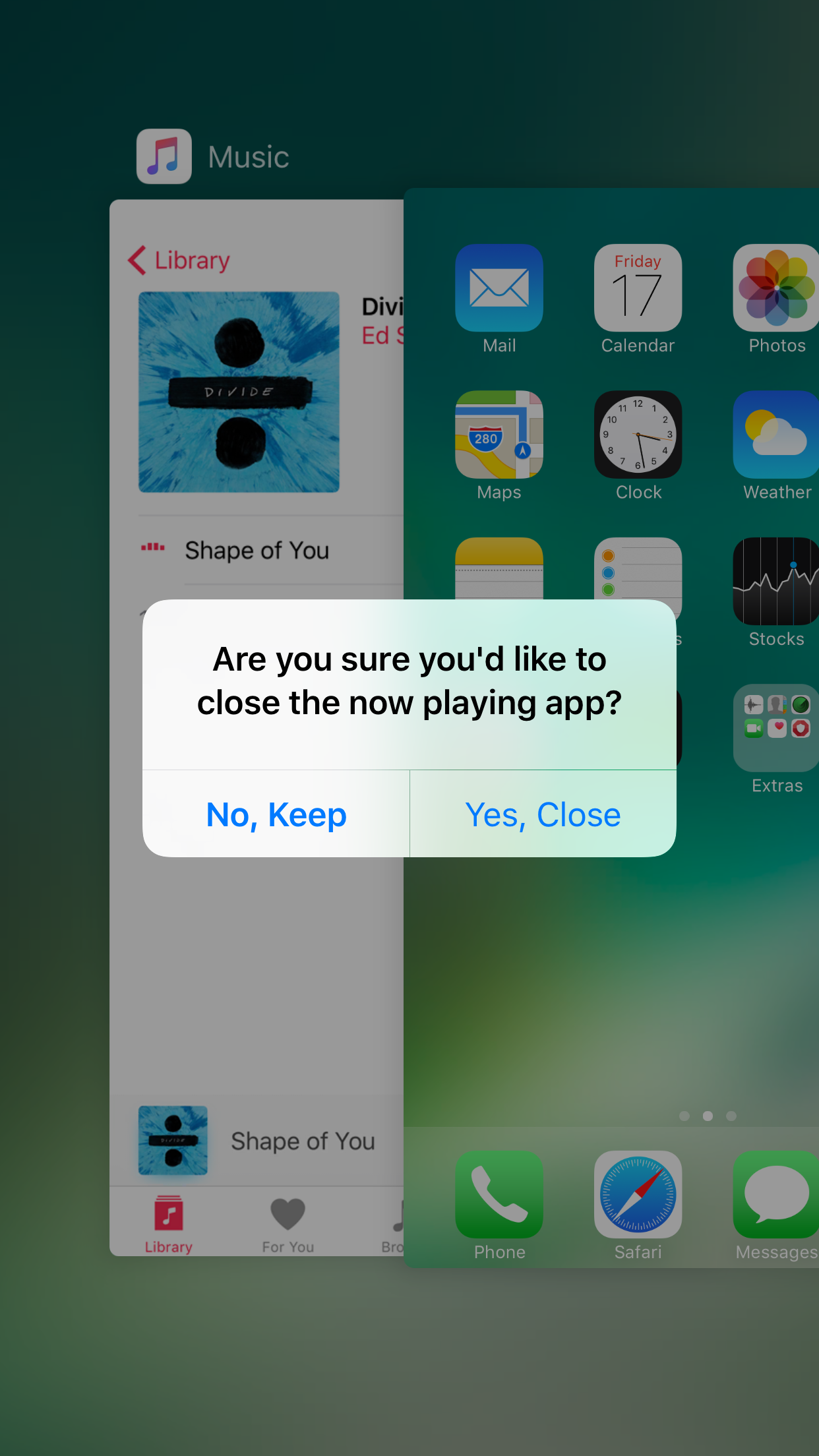 Sometimes when force-quitting apps from your App Switcher, you end up closing an app that’s playing media in the background by accident. This forces you to re-open the app and re-play the song you were just listening to from the beginning… all over again.

If you do this quite often, then you probably have App Switcher OCD and are clearing your App Switcher more often than you need to, but that’s beside the point; a new free jailbreak tweak called NoClose by Skylerk99 can help prevent you from accidentally force-quitting apps that are playing media in the background by prompting you beforehand.

After installing NoClose, if you play any form of media in the background on your device, and then try to force-quit the app that’s playing it, you will get a message like the one above that confirms with you if you’re sure you want to close the app or not.

You will get the options of going ahead with closing the app, or reconsidering your choice and keeping the app running as your media continues to play.

The problem this tweak aims to solve has happened to me a bunch of times, not always because I suffer from the App Switcher OCD problem, but also because I sometimes swipe up on the wrong app by accident due to focusing on too many things at once.

While not everyone suffers from the same accidents and issues, it offers a grand solution for those who feel they close their now playing app accidentally more often than they’d like to admit.

The tweak is supposed to work with all apps that can play media, including Apple’s own stock Music app, and a number of third-party media apps. I did experience trouble getting the tweak to work correctly with Spotify, but it worked great with Apple’s Music app. I’ve reached out to the developer about this issue and hope to see this issue fixed in an update.

Speaking of the Apple Music app, here are 12 of the best new features that were introduced with iOS 10:

If you want to give NoClose a try, you can download it for free from Cydia’s BigBoss repository right now. The tweak works on both jailbroken iOS 9 and iOS 10 devices and doesn’t have any options to configure.

Will you be downloading NoClose? Share why or why not in the comments below.