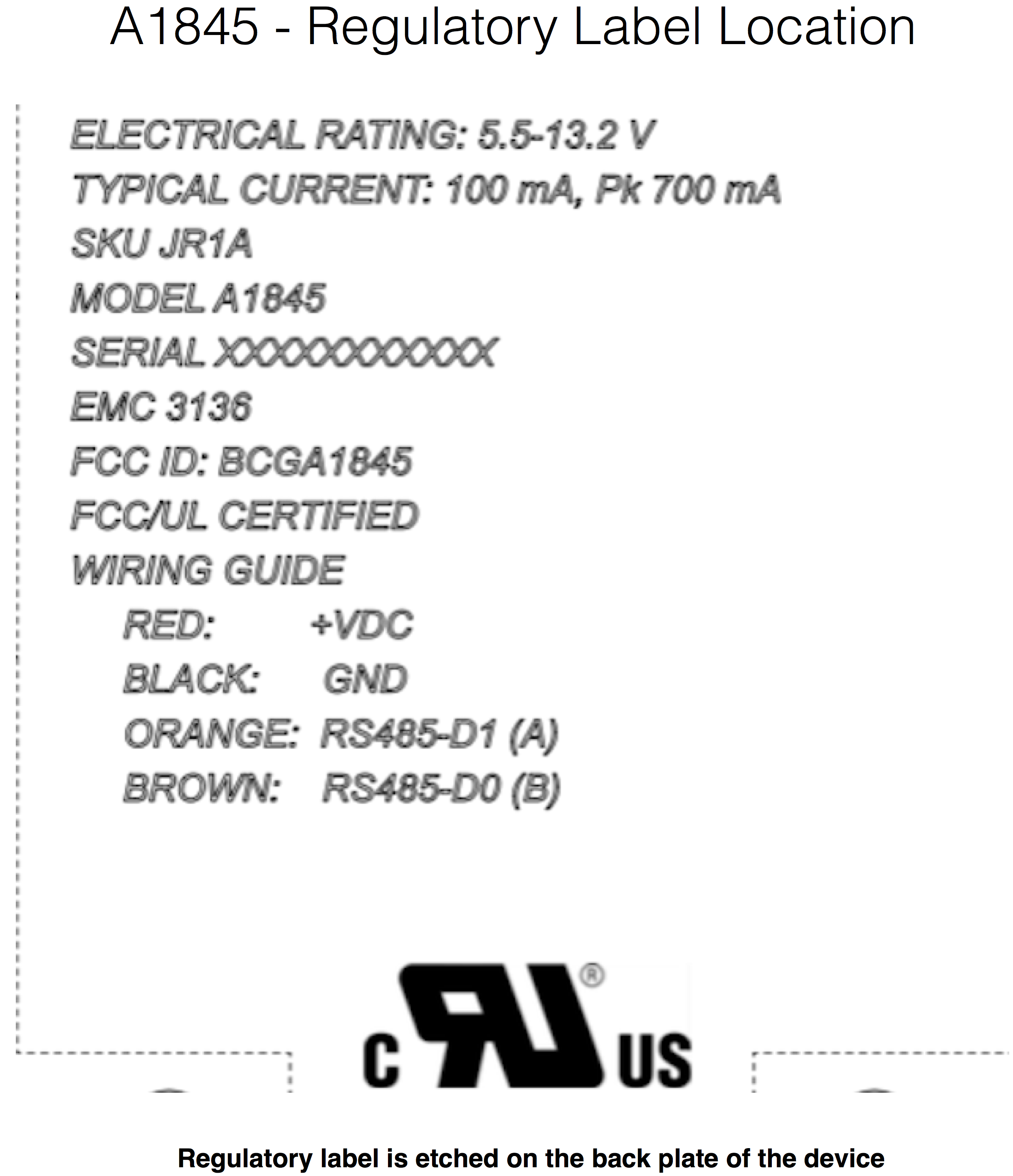 Apple has submitted its third filing for a mystery Bluetooth and NFC device with the US Federal Communications Commission (FTC). The original “Wireless Device” was first uncovered in an FCC filing back in September 2016, with a second appearance last month.

The latest update concerns a device with the model number A1845 and is generally similar to Apple’s prior submissions. The filing doesn’t seem to be for Apple’s rumored Siri-powered appliance akin to Amazon Echo wireless speakers because it lacks built-in Wi-Fi.

The unknown device has been subjected to a barrage of FCC tests related to RF exposure, Bluetooth Low Energy and NFC performance. Unlike the previous filings, the latest one shows no almost no visible Torx screw heads on the back plate.

The device has a power draw of 100mA and a peak of 700mA, between 5.5V and 13.2V, and an Electromagnetic Compatibility (EMC) rating of 3136. The first filing described a device with a model number of A1844, and A1846 in the second. These model numbers do not correspond to any existing Apple products.

The first filing mentions the JR1 code, the second uses the JR2 code and this latest filing submitted to the FCC mentions a SKU code of JR1A. Those SKUs might point to a pair of different hardware versions of the device, with the JR1A possibly referring to either an updated version of the JR2 device or its variant.

It’s unclear if this is an internal Apple device, something iBeacon-powered they might use in retail stores, a next-generation Apple TV (not likely, considering the listed power draw), a next-generation Apple Watch (very unlikely, given the prominent regulatory text along with a wiring guide etched on the back), a smart thermostat (given the RS-485 control signals listed) or something entirely different.

What might Apple’s mystery device be, do you think?