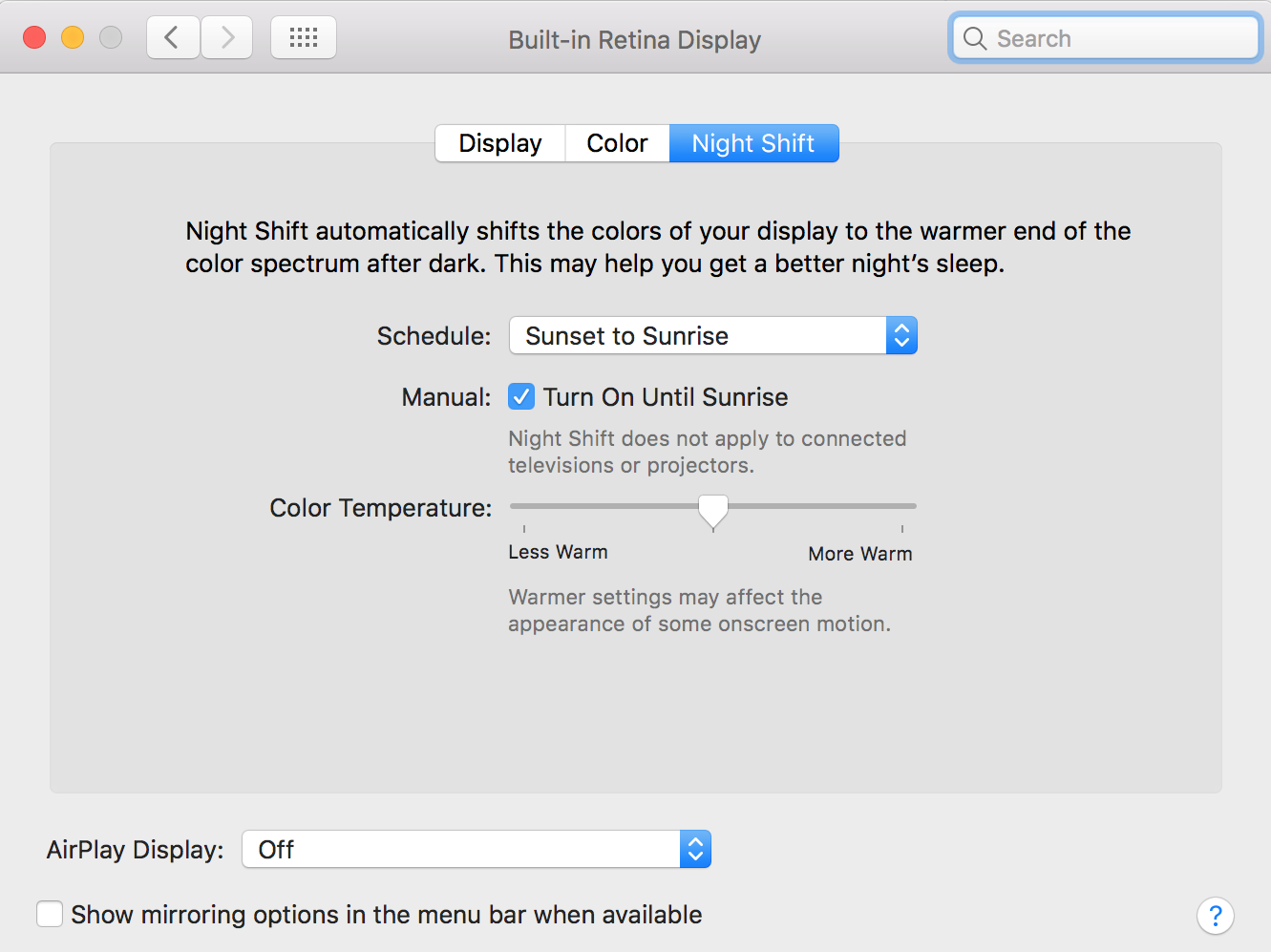 Apple on Tuesday seeded the second beta of macOS Sierra 10.12.4 (build number 16E154a) to developers. Registered Mac developers can install the new software via the Updates tab in the Mac App Store or through Apple’s dev portal.

Today’s beta comes 1 day after the second betas for iOS 10.3, watchOS 3.2, and tvOS 10.2, and two weeks after the original macOS 10.12.4 beta was released. It includes Night Shift mode and other improvements.

You can access Night Shift in System Preferences, Notification Center or via Siri, and it gradually shifts your Mac’s display from blue to yellow. This cuts down on exposure to blue light, which is believed to cause sleeping problems.

Apple has also seeded iOS 10.3 beta 2 to public testers. Folks in Apple’s public beta program can access the release via Settings > General > Software Update. We’re installing the betas now, and will update this post with any changes.