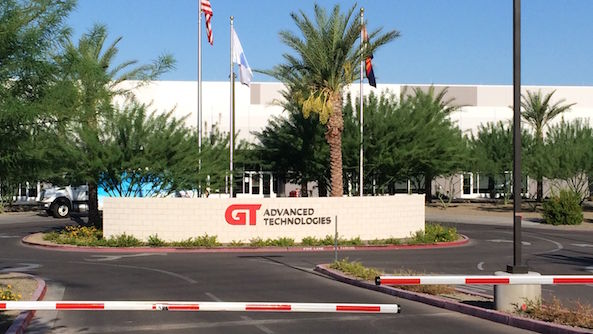 Apple’s failed sapphire crystal manufacturing facility in Mesa, Arizona will be repurposed to produce server assembly cabinets for the Cupertino firm’s global data centers, according to a notification published by the Federal Register and cited yesterday by Business Insider.

Apple already has authority to produce certain components for consumer electronics in a special zone that exempts it from customs duty payments, but now it’s looking for approval from the Foreign-Trade Zones Board to produce “finished products and foreign status materials and components” in the Mesa factory.

“Apple Inc. has repurposed the site as a global data command center that will conduct high-tech manufacturing of finished data center cabinets for other data centers,” according to a document filed by Mesa on behalf of Apple.

Servers in Apple’s data centers in Oregon and North Carolina are currently being built and tested on-site, but the company now wants to consolidate building and configuring servers in Mesa before they’re shipped to its other data centers.

Production at the Mesa facility could include imported materials and components such as “server housing and enclosures” as well as “routers and network switches.”

Located at Signal Butte and Elliot roads, the massive 1.3 million square feet facility was established as a sapphire-glass factory. It was supposed to churn out sapphire laminates in volume to help strengthen iPhone’s screen.

Apple leased the plant to GT Advanced which operated it on Apple’s behalf.

Mounting debt soon prompted GT to file for bankruptcy, much to Apple’s surprise.

The company eventually sold its expensive furnaces to pay debt. Despite its inexperienced partner going into Chapter 11 and shutting down sapphire production, Apple has kept the Mesa plant while GT’s creditors whined about getting “too little” in a settlement deal with the iPhone maker.

Apple is currently using the Mesa facility as a $2 billion global command center to store and serve iCloud backups and host digital content on iTunes.