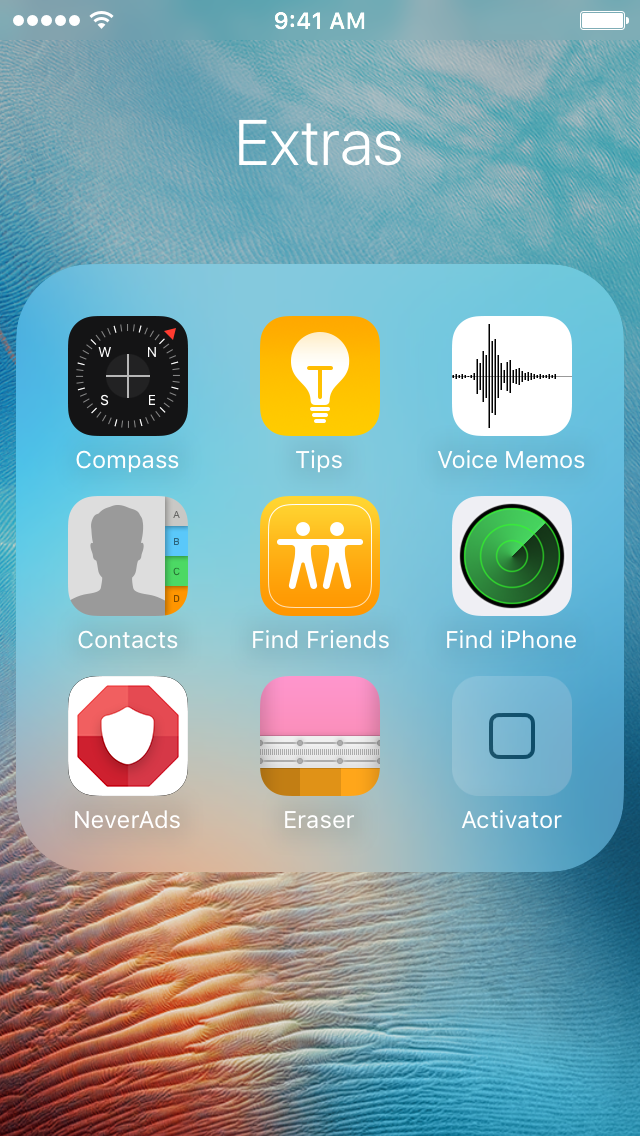 Just yesterday we showed you a tweak that brought the Status Bar to the App Switcher on jailbroken iOS 10 devices, and if you’ve gotten used to seeing it there already, you probably wish you could see it in your folders too.

A newly released jailbreak tweak in Cydia called StatusFolder adds the Status Bar to the iOS folder interface whenever you’re peering inside folders to search through the apps within them.

The Status Bar is usually hidden from the folder interface in iOS, despite being visible when you’re on the Home screen. Not everyone finds this inconsistency pleasant, but if you are among those who don’t, this tweak will help you to cope.

Being able to see the Status Bar as much as possible from anywhere on your device is generally a good idea because it contains a wealth of important information, such as your battery level, signal strength, and even the time.

Although you probably don’t spend as much of your time in folders as you might in other places of iOS, folders are an extension of the Home screen, a place where the Status Bar appears naturally, and it just makes sense to have the Status Bar carry over.

It’s a subtle change that you’ll hardly even notice before or after installation, but the moment you want to know exactly what time it is or how your signal strength looks while you’re in a folder, it’ll be right there in front of your face.

StatusFolder has not options to configure. After you install the tweak on your device, you will notice its effects immediately. To disable the tweak’s effects, you will have to uninstall it via Cydia.

If you’re interested in trying StatusFolder, you can download it for free on your jailbroken iOS 9 or iOS 10 device from Cydia’s BigBoss repository right now.

Do you like the iOS folders interface with or without the Status Bar better? Share your thoughts in the comments below.