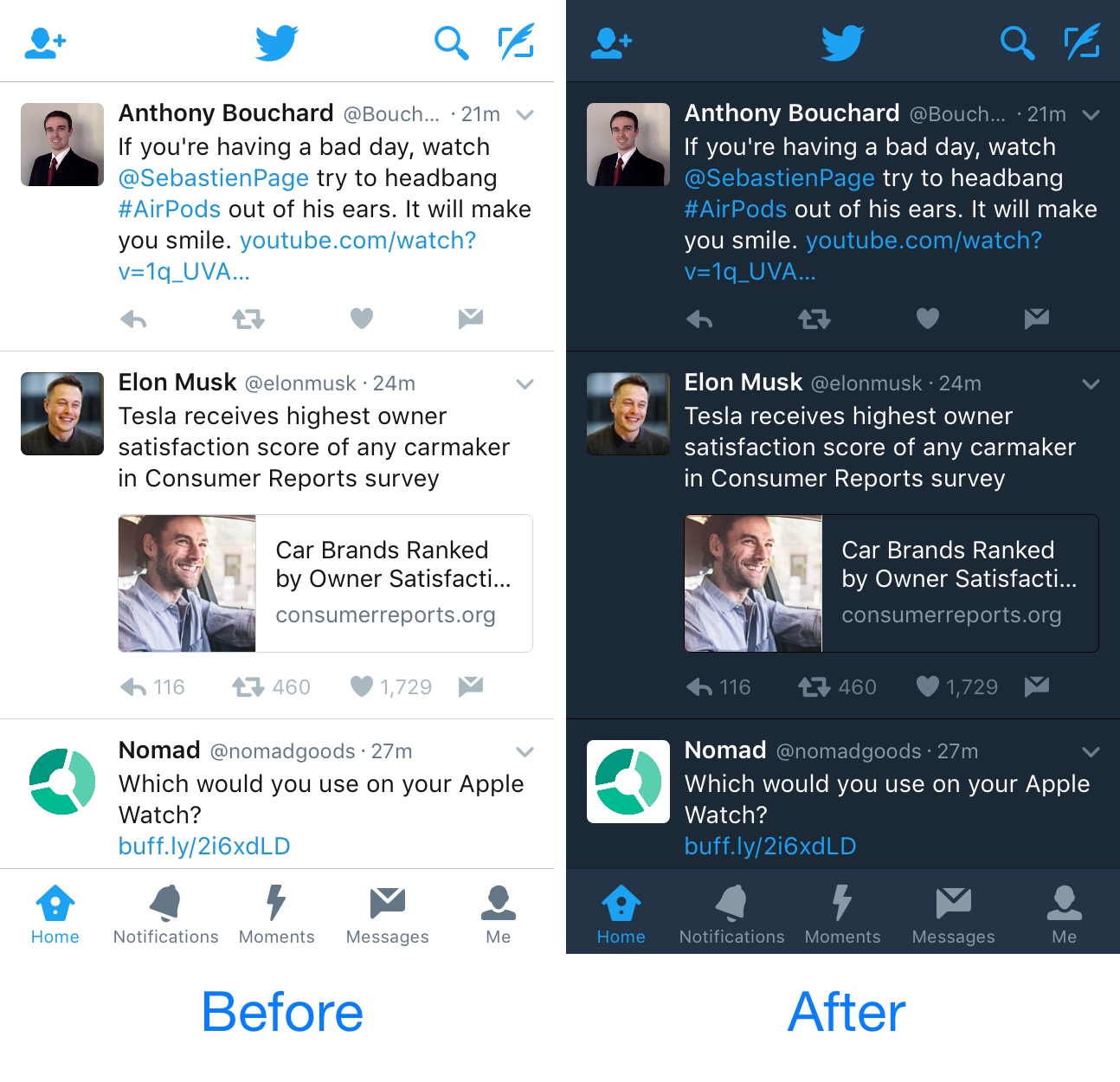 One of the saving graces of using Twitter at night is the built-in night mode theme that lets you cut down on all the white space by switching to it a darker background with light text.

Once you enable this dark mode, your eyes can finally take the load off and stop straining, but Twitter doesn’t exactly make toggling this feature on and off a cinch. That’s where a new free jailbreak tweak called TwitterThemeToggler comes into play.

After you install TwitterThemeToggler, you can enable night mode in the Twitter app with no more than a single tap and hold on the app’s navigation bar, as shown below:

You can see there is a graceful change between light to dark, and vice-versa.

The new tap and hold gesture is much faster to use than having to go into the Twitter settings, find the toggle switch, turn it on, and then leave the settings, which the developer notes takes as many as four taps to accomplish.

This tweak doesn’t have any options to configure, so as soon as you install it, you can start to use it immediately. You may have to force quit your Twitter app from the App Switcher however, and re-launch it for the tweak to take effect.

If you’re interested in giving TwitterThemeToggler a try, you can download it completely free of cost from Cydia’s BigBoss repository right now.

As of this writing, the tweak works fine with the latest version of the free Twitter app from the App Store, which appears to be version 6.68.1.

There’s no telling at this point in time whether or not a future update to the app might break this tweak; if it does, the developer will have to update the tweak for compatibility. Keep this in mind before updating your Twitter app every time an update comes out.

Will you be downloading TwitterThemeToggler on your jailbroken iPhone or iPad? Share in the comments section below!