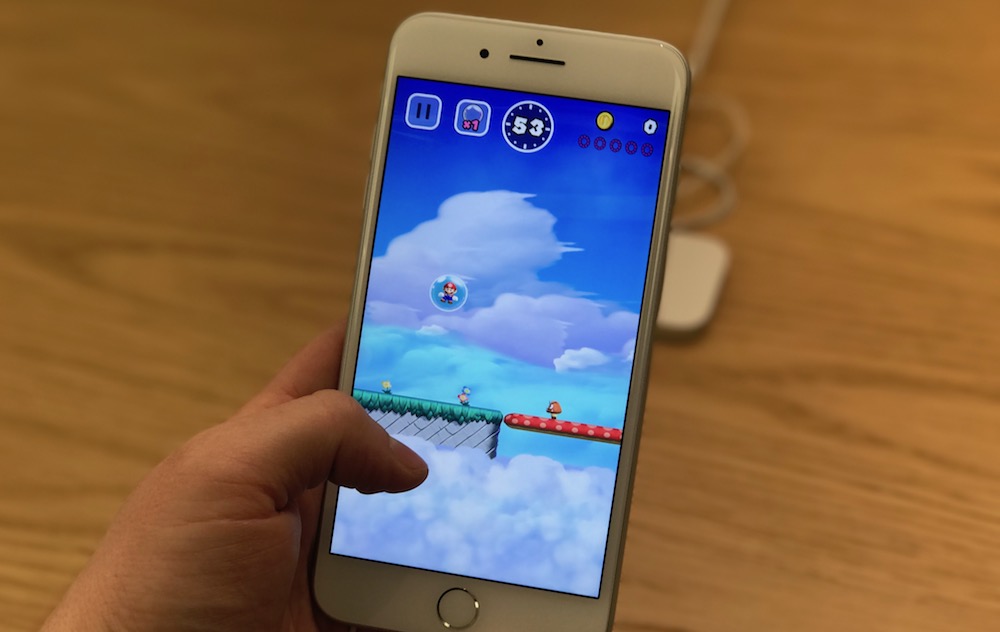 As we noted earlier today, you can now test out Super Mario Run at your local Apple Store. They have preinstalled the game on their demo devices ahead of the games launch on December 15th. I was lucky enough to head over earlier today and put together a video and some first impressions on the upcoming platformer.

The big difference between Super Mario Run and legacy Mario games is that Mario will now run automatically. No need to control his direction or speed. That means he also doesn’t stop. Luckily, the levels themselves aren’t too long, so it is perfect for little bursts of play.

I thought I was going to hate the constant running aspect, but after spending some time with it, I don’t mind at all. It makes it much easier to play on mobile, and is super easy to play one handedly. I know this was an aspect that Nintendo focused on, and it really paid off. The only thing you have to handle is jumping. You jump by tapping on the screen, and jumping higher is accomplished by simply holding on the screen a little longer.

The demo version in the Apple Stores wasn’t the full version of the game. Being limited to only the first 3 levels, and 20 seconds of the first boss level. They also leave out the other game modes offered in the full game. Aside from World Tour, there is also Toad Rally and Kingdom Builder. Toad Rally allows you to compete against your friends and challenge people around the world. Kingdom Builder allows you to collect coins and use them create your own kingdom. 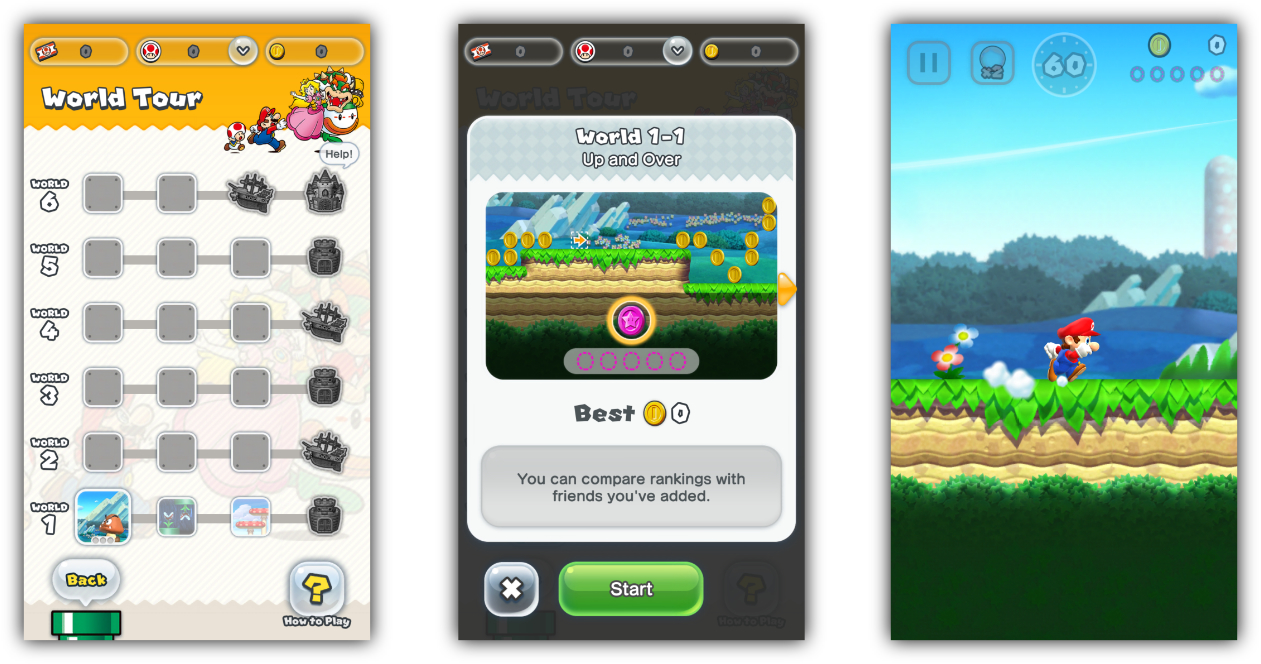 The game will be available on iPhone, iPad, and iPod Touch December, 15th. It will follow on Android later next year. You can download it for free to try out, then unlock the full game for $9.99. Do you think $9.99 is a fair amount to ask for the full game? Are you as excited for Super Mario Run? Sound off in the comments below.