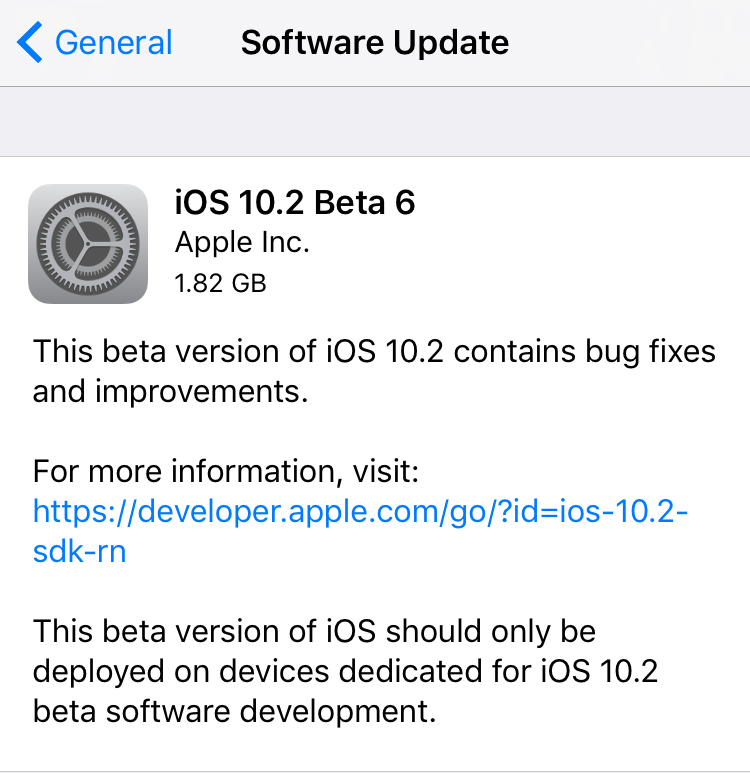 Apple on Monday released iOS 10.2 beta 6, watchOS 3.1.1 beta 5 and macOS 10.12.2 beta 5. Developers can install the updates via the company’s dev portal, or via each platform’s respective OTA update mechanism, and both iOS 10.2 and macOS betas are available to public testers.

The new betas come one week after Apple seeded beta 4 to developers, and just a few days after iOS 10.2 beta 5 was released. The rapid rollout suggests we are close to seeing public versions of the software—likely before the iTunes Connect holiday shutdown coming up in 2 weeks.

From what we’ve seen in the betas thus far, iOS 10.2 is going to feature a lot of enhancements including new emoji, wallpapers, settings and more. macOS 10.12.2 and watchOS 3.1.1, however, appear to be more maintenance updates, and don’t seem to feature many user-facing changes.

We’re installing today’s releases now, and we’ll update this post if any major changes are discovered. If you see something new and significant we’ve missed, be sure to let us know in the comments below!