The newly launched MacBook Pros include a marquee new feature in the form of the Touch Bar, which is a marketing name for a wide, touch-enabled OLED display that runs alongside the top of the keyboard where the function keys row used to be located. Touch Bar is customizable, with shortcuts that change from one app to another, and developers can take full advantage of it with a set of new APIs.

Journalists in attendance at today’s event had a chance to play with the new machines in the demo area. Here are some of their first impressions of the new Touch Bar.

In addition to being customizable, the Touch Bar lets you tap and hold on buttons to get to additional functions faster. For example, long-tapping on the Reply with Mail in the foreground lets you slide your finger over to the Reply All option.

“Same for other buttons like volume control,” Bohn said.

Customizing the Touch Bar works as advertised: you just drag a button from the Mac Book Pro’s screen to a slot in the Touch Bar. It’s great that you can keep moving the buttons with the mouse on the second screen.

The most important button when you’ve got music playing is the “Play/Pause” button, at least in my humble opinion. And when the Touch Bar is busy being used for application-specific stuff, it’s stone-cold not there. But Apple added a more permanent music options button over on the right, so you can always tap it to get to your music transport controls.

Michael Gorman, writing at Engadget, says the Touch ID sensor found in the upper right corner of the Touch Bar, right where the traditional Power button used to be, is as reliable as one would expect. By the way, the new MacBook Pro turns on automatically when you open it. 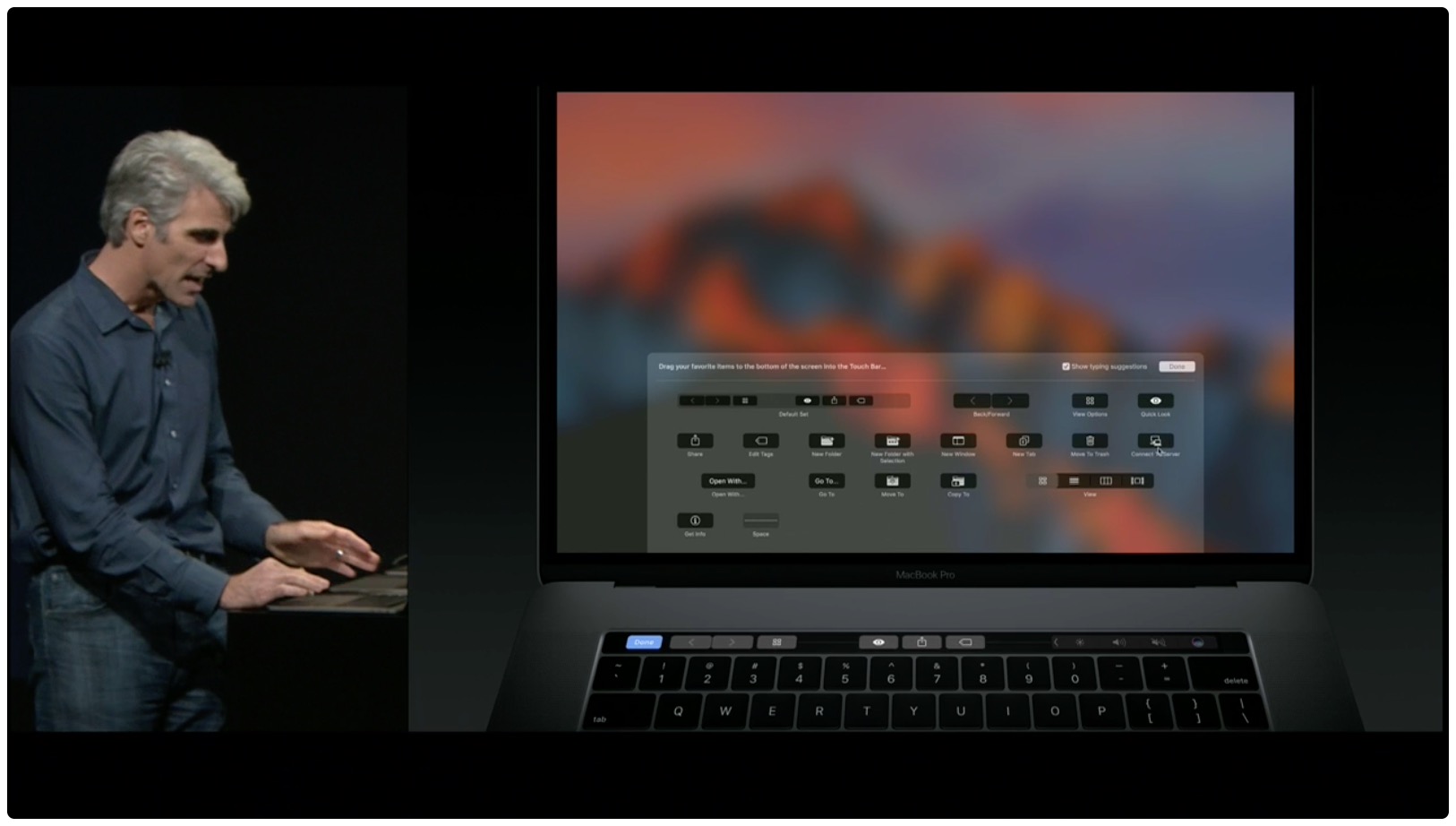 “In the limited time I spent with the new Pro, that sensor worked as it should—which is to say considerably faster than typing in a password,” he wrote

Engadget’s Kris Naudus added that “you might be able to do even more thanks to the new Touch Bar.”

Recode’s Ina Fried observed that the Touch Bar looks like “the kind of thing that those who spend all day on a laptop will grow to really love.”

All developers will be able to do what Apple showed in terms of creating commands for the Touch Bar. Adobe and Microsoft already have done work in that area: Photoshop was shown onstage, while Excel was working with Touch Bar commands in the hands-on area.

“There are tons of emoji on the Touch Bar,” she added.

Brian Heater of TechCrunch attested to the Touch Bar being responsive.

It’s quick and responsive, reacting to multi-touch and the amount of pressure the user applies. It also adapts quite quickly as you toggle between different apps. It’s a really cool and really versatile new addition—like having a small mobile display embedded directly into the notebook.

Like iOS, the Touch Bar pops up your most frequently used emojis by default. You can also scroll through them. The scrolling is quick and responsive, but I could certainly imagine it getting tedious when the time comes to pull up something more obscure.

Like The Verge’s Dieter Bohn, Heater calls the Touch Bar “frictionless enough” so as to run a finger across with little effort. The strip itself “is glossy,” but “not quite slick”.

My only gripe with the Touch Bar is lack of haptic feedback.

How do you like the Touch Bar so far?