iOS provides a Portrait mode in the stock Camera app to owners of the dual-camera iPhone 7 Plus.

As you know, Portrait mode lets you take dramatic DSLR-like depth of field photographs where the camera automatically creates a beautifully blurred background while keeping the subject in the front sharp and in full focus.

Your iPhone 7 plus defaults to saving both the original twelve-megapixel photo and its depth of field counterpart, effectively doubling storage requirements for Portrait shots.

In this quick tutorial we’re going to show you how you can easily disable photo duplicates for depth of field photos with just a few taps.

As mentioned, Portrait mode takes advantage on the both twelve-megapixel cameras on the iPhone 7 Plus and machine learning to take depth of field photos.

This is also known as a “bokeh” effect.

This new feature can be accessed from the stock Camera app: swipe to cycle through the available camera modes. Portrait is in between Photo and Square modes.

How to disable depth of field photo duplicates

1) Go to Settings → Photos & Camera on your iPhone, iPad or iPod touch. Your device must run iOS 10.1 or later.

2) Slide the toggle Keep Normal Photo underneath the Portrait Mode heading to the OFF position. Don’t confuse this option with the namesake switch under the HDR (High Dynamic Range) heading at the bottom of the screen. 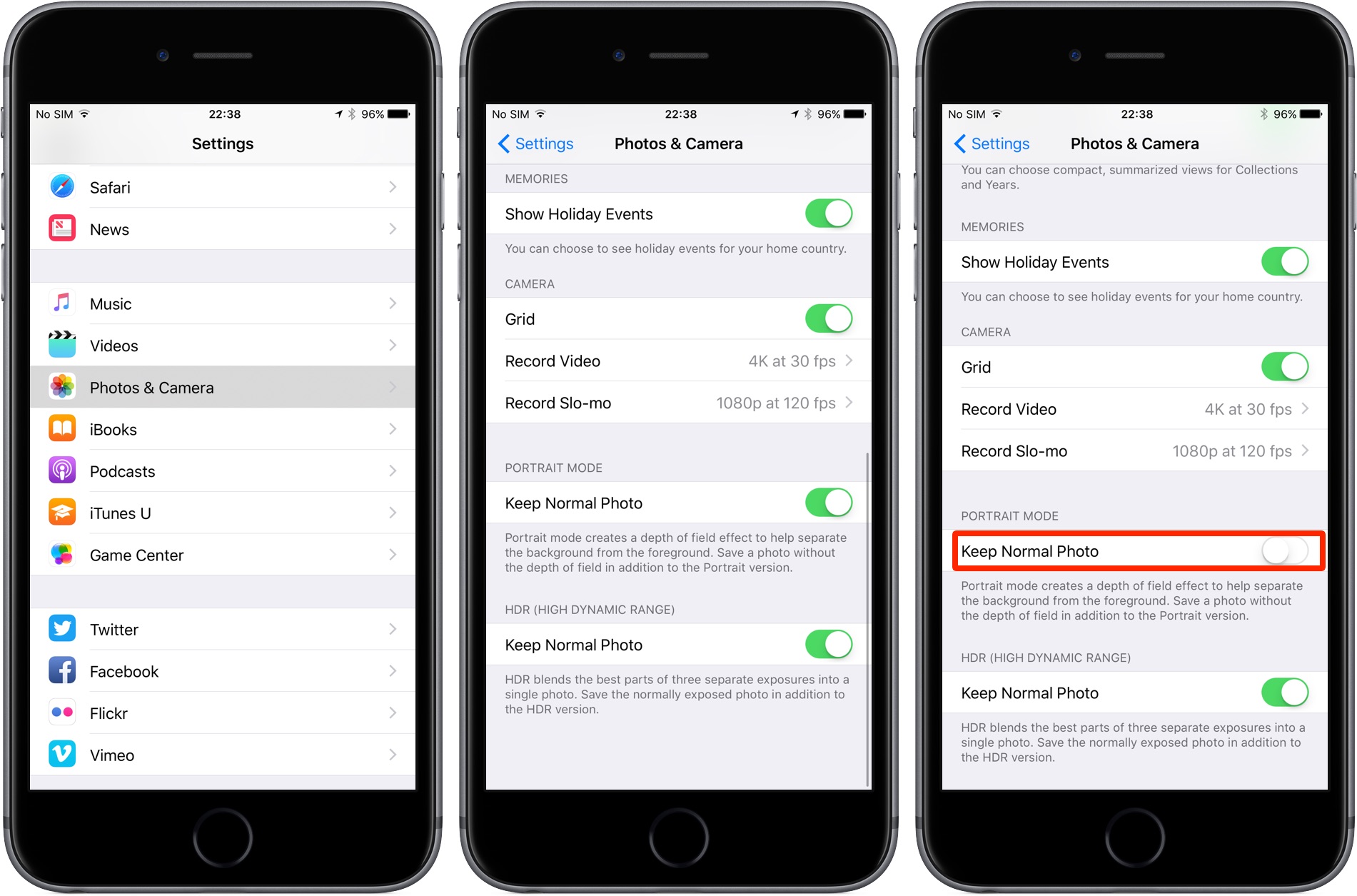 Your phone will stop saving the original photo alongside its “bokeh” counterpart.

“Portrait mode creates a depth of field effect to help separate the background from the foreground,” reads the feature’s description.

If you want Portrait camera on your iPhone 7 Plus to save both the photo without the depth of field effect and its Portrait version, leave this switch turned on.

Any images taken in Portrait mode show a “Depth Effect” label in the upper left corner to distinguish them from the originals. The Photos app automatically saves all Portrait photos in a special album, titled ”Depth Effect”. 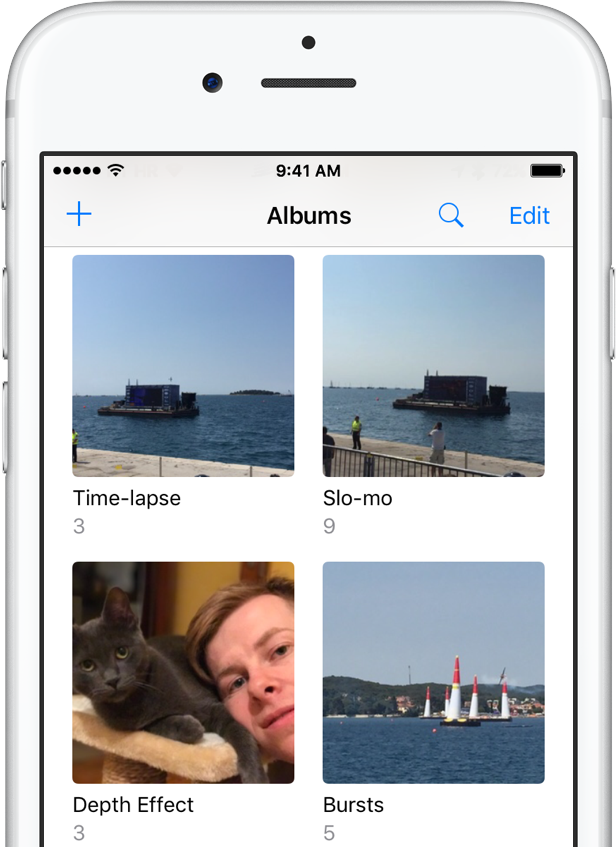 Support for the “Depth Effect” album in Photos is available on an iPhone, iPad or iPod touch with iOS 10.1 or later and on a Mac with macOS Sierra 10.12.1 and up.

And if you use iCloud Photo Library, your whole Photos library complete with albums, edits, effects, people names and more is seamlessly synced across your iOS devices and Mac or Windows PCs.

HOW-TO: turn off HDR duplicates to save storage space

Portrait mode on the iPhone 7 Plus is currently in beta but customers can expect “enhancements in future iOS updates,” Apple has confirmed.

It’d be awesome if you share this tutorial with your friends, family and support folks on social media. And do keep your ideas regarding our future tutorial coverage coming via tips@iDownloadBlog.com.