If you take a lot of photos or screenshots on your iPhone, then you might be able to use the extensional features of a new free jailbreak tweak called ShutterSoundSwitch.

This tweak is designed to give you a handful of useful power user features you don’t get out of the box on a stock device.

Just some of the things you can do with this tweak include:

For those who often take quick screenshots to share with someone and then want to ditch it rather than having to go into the Photos app later on to delete it when you’re done with it, the sharing feature is going to be a monstrously helpful time saver.

After you snap one, you’ll get the following prompt that asks you if you want to save it to your Photos app or if you just want to share it instead: 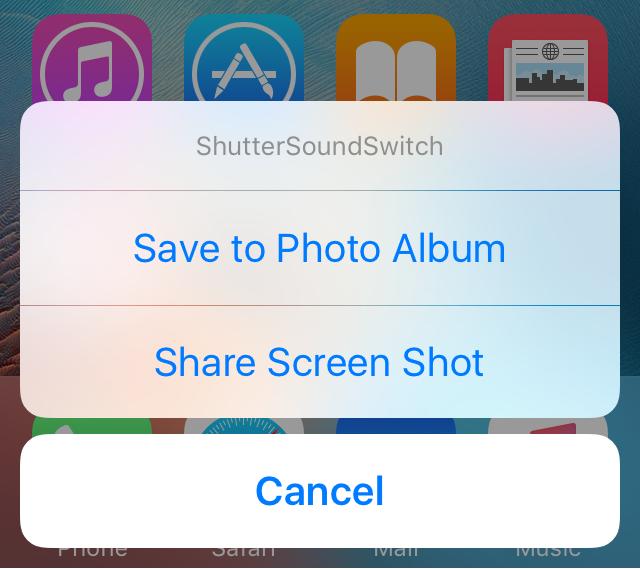 If you choose to share it, it won’t be saved to your Camera Roll, so you won’t have to go back and do any spring cleaning later on.

If you take a lot of screenshots on your device, I think you’ll undoubtedly like this tweak.

You will find it as a free download from Cydia’s BigBoss repository for any of your jailbroken devices.

Both iOS 8 and iOS 9 are supported by ShutterSoundSwitch, and a Flipswitch toggle is included as a part of the package.