U.S. wireless carrier is buying media entertainment conglomerate Time Warner for a reported $80 billion as consolidation continues in media and technology industries. AT&T has reportedly agreed to pay $107.50 a share in a half-cash, half-stock deal, The Wall Street Journal reported Saturday. Time Warner, which does not have a controlling shareholder, reported $28 billion in 2015 revenue.

AT&T’s boss Randall Stephenson, 56 years old, will head the new company and Time Warner CEO Jeff Bewkes, 64, will leave after an interim period following the deal, according to a person familiar with the plans.

The acquisition agreement should be formally announced Saturday evening.

If the deal goes through, AT&T will control Time Warner’s premium media properties, including brands like HBO, CNN, TNT and Warner Bros. And just like that, AT&T could transform itself from the phone company into a media giant.

How crazy is that?

According to the article:

A merger of the companies would be the most ambitious marriage of content and distribution in the media and telecom industries since Comcast Corp.’s purchase of NBCUniversal and would create a behemoth to rival that cable giant.

If the deal completes, AT&T will rely on television and media for more than 40 percent of its whole revenue. WSJ said yesterday that Apple recently approached Time Warner “about pursuing a combination” though the discussions allegedly didn’t progress “beyond a preliminary stage.” 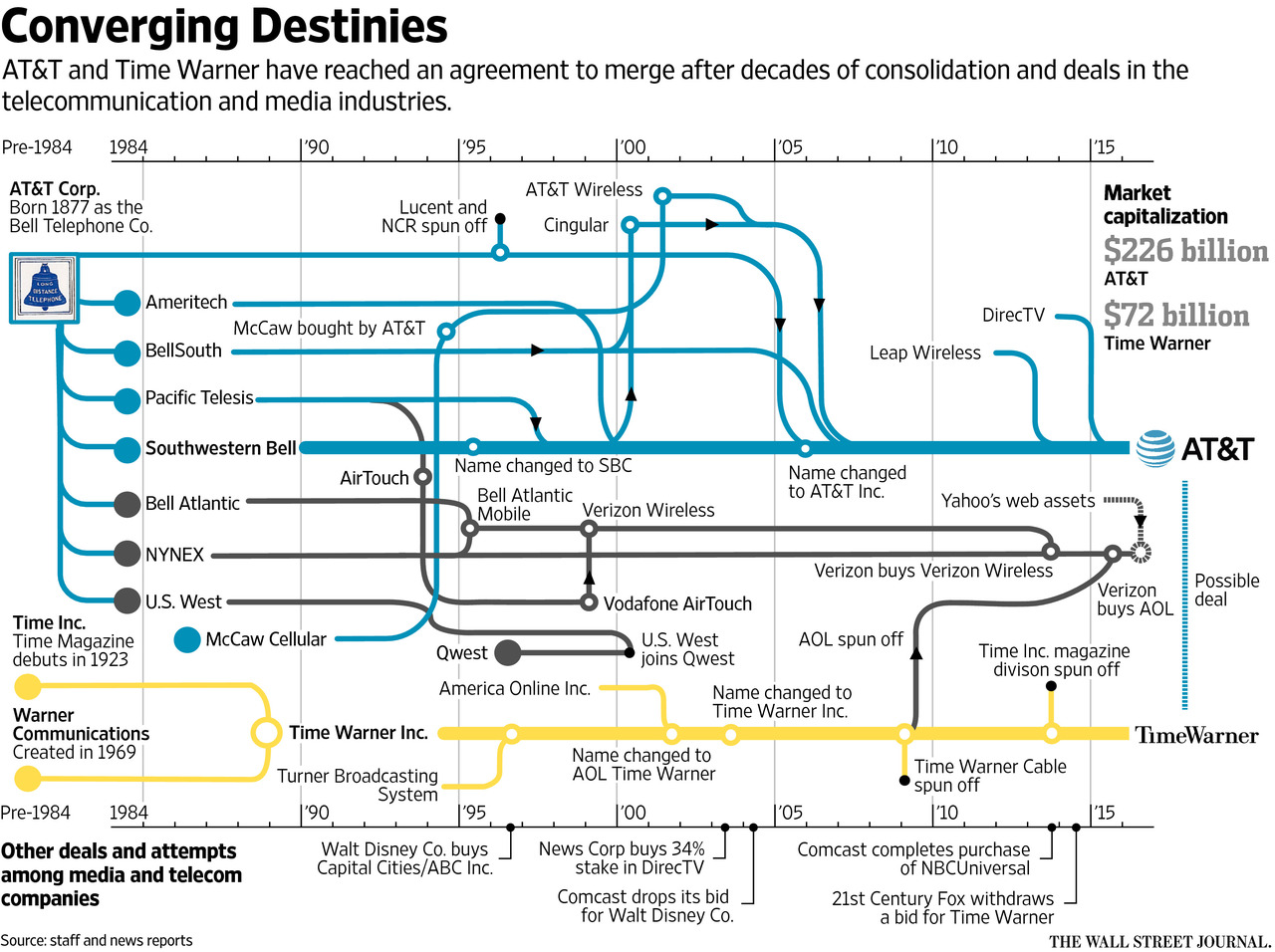 Apple, of course, has for years pursued plans to build an online TV service and a skinny bundle of premium TV programing, to no avail. Instead, the iPhone maker has shifted energies to creating original programming of its own.