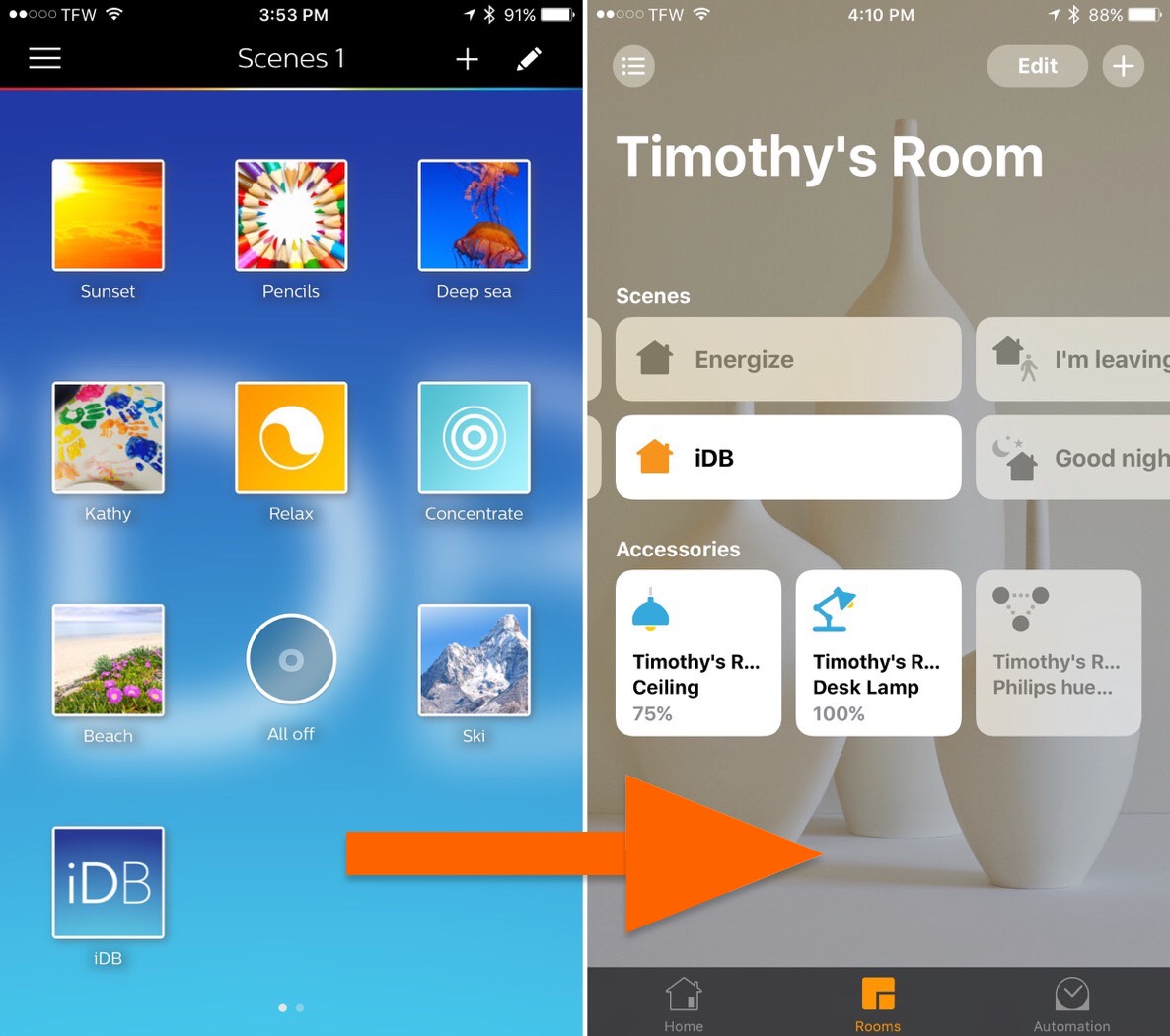 Ever since Philips released version two of their Hue app with a complete redesign, one of the most prominent complaints I’ve heard is that custom scenes can’t be transferred from the original Hue app to the new one, which has prevented many users from deleting the version one app.

Fortunately, Netherlands-based blog appletips has published a solution for users of Apple’s Home app in iOS 10. It’s worth noting that this method still doesn’t enable importing scenes into Philips Hue’s second generation app, but rather, the scenes from the old Hue app can be saved in iOS 10’s Home app. While this may not be ideal for everyone, it’s a solid workaround that allows users to easily retrieve custom scenes from the first generation Hue app.

Step 1: To begin, open your first generation Hue app and activate the scene you want to save in Home. For this example, I’m using a scene called iDB. 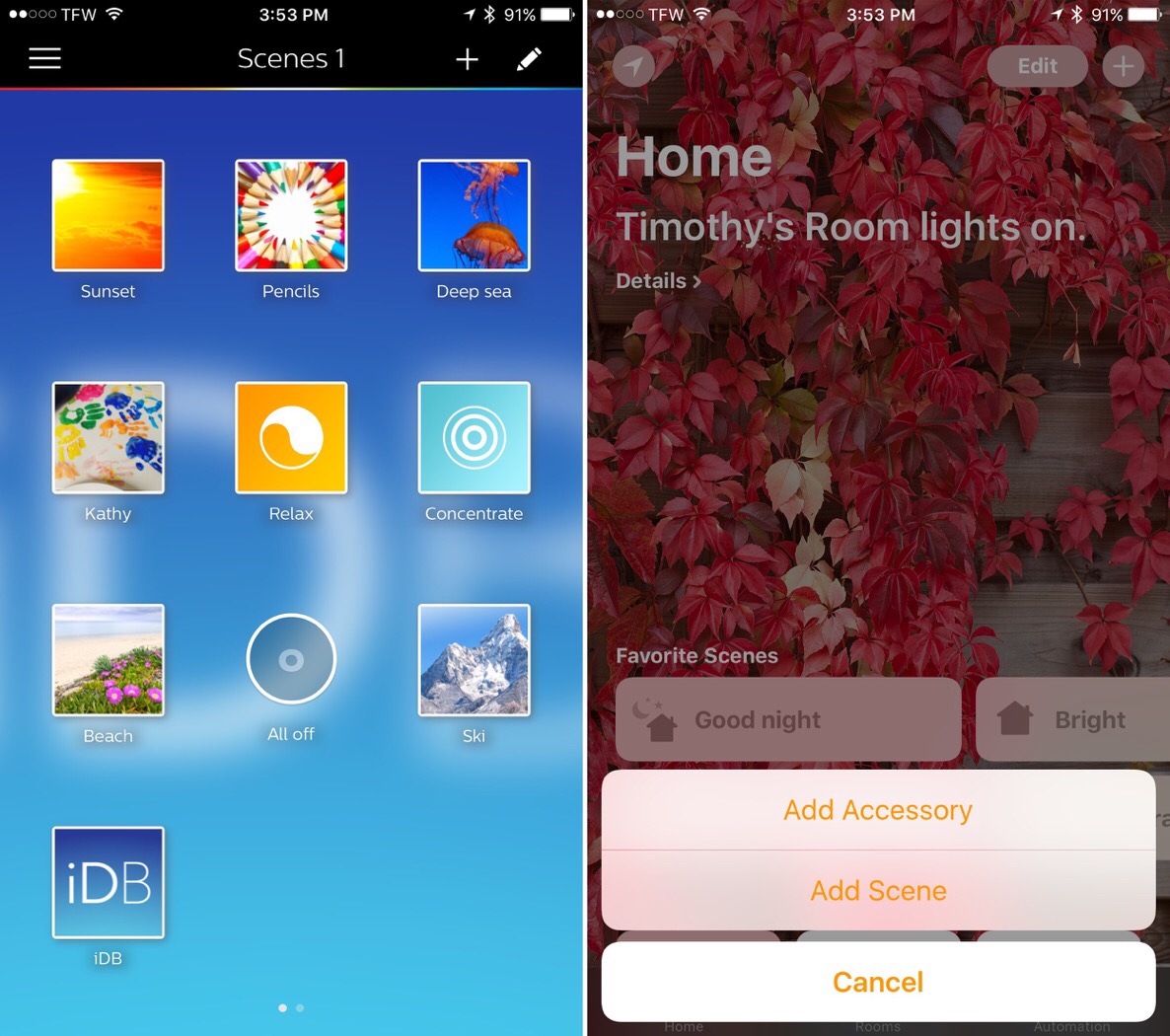 Step 3: Select Add Scene from the menu that appears, and then tap Custom in the New Scene view.

Step 4: Name your scene, and select the accessories (lights) that are used in the scene you want to save. Optionally, you can choose to display this scene in your Favorites. You can also 3D Touch each light to tweak its color or brightness level. When you’re finished, tap Done. 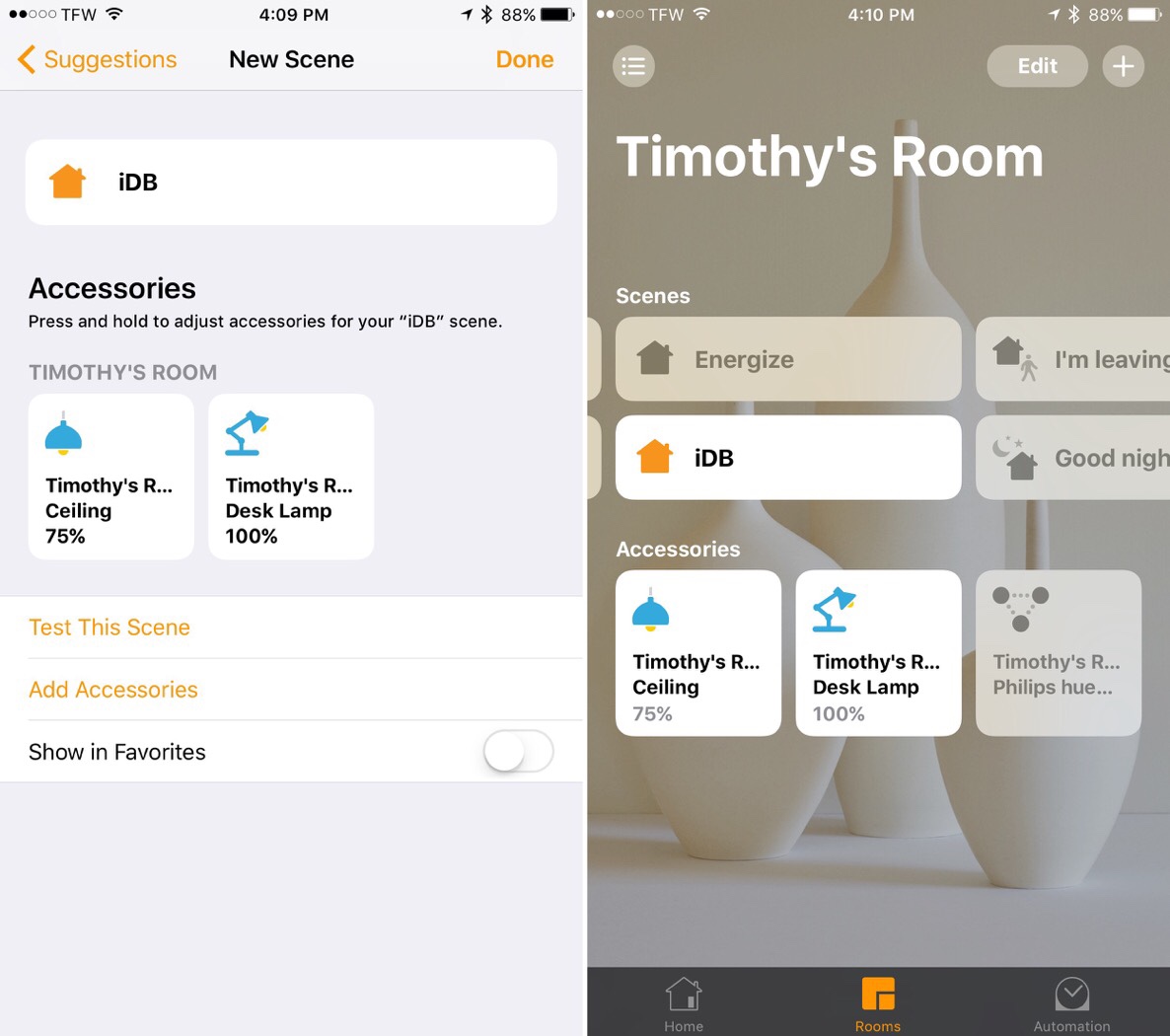 Step 5: Open the Home app, select the Rooms tab, and view a room that has the lights you choose for this scene. You should see the scene you created listed among your existing scenes, and if you saved it as a Favorite, your new scene should also appear in the Home tab.

Repeat this process for each scene you’d like to transfer, and that’s all there is to it.

Although the ability to import scenes directly into the second generation Hue app would be nice, this workaround is a viable alternative for many users, particularly with the deep integration Apple’s Home app has with Control Center and other areas of iOS 10.

Do you have a tip or trick regarding Philips Hue or another HomeKit accessory that you’d like to share? Feel free to let me know about it at timothy@idownloadblog.com.