As you may know, Apple’s marketing boss Phil Schiller recently insisted that rumors of the iPhone 7’s Home button and camera lens not being covered in pure sapphire were false. However, YouTuber JerryRigEverything has found that these parts do leave scratch marks at a level six on the Mohs scale of hardness, which is odd given that pure sapphire crystal should sustain scratches up to a level nine.

Apple on its website states that all of the iPhones it currently sells offer sapphire protection for the Touch ID sensor and iSight camera, which doesn’t explain why these parts appear to scratch more easily than they should.

Could Apple be using a sapphire/glass hybrid or even a normal tempered glass rather than a 100 percent sapphire crystal? That’s what JerryRigEverything set out to find in a comprehensive scratch test video of the iPhone SE/6/6s/7 series.

The sapphire lens on the iPhone 7 and iPhone 7 Plus show visible scratches at a Mohs six, a seven and an eight (as for the handset’s body, JerryRigEverything’ previous video showed it scratching at a level six, keeping it at par with several other handsets).

The sapphire lens on the iPhone SE also scratched with a Mohs six and seven. The iPhone 6 series showed scratches at a level six or seven on the Mohs scale of hardness. 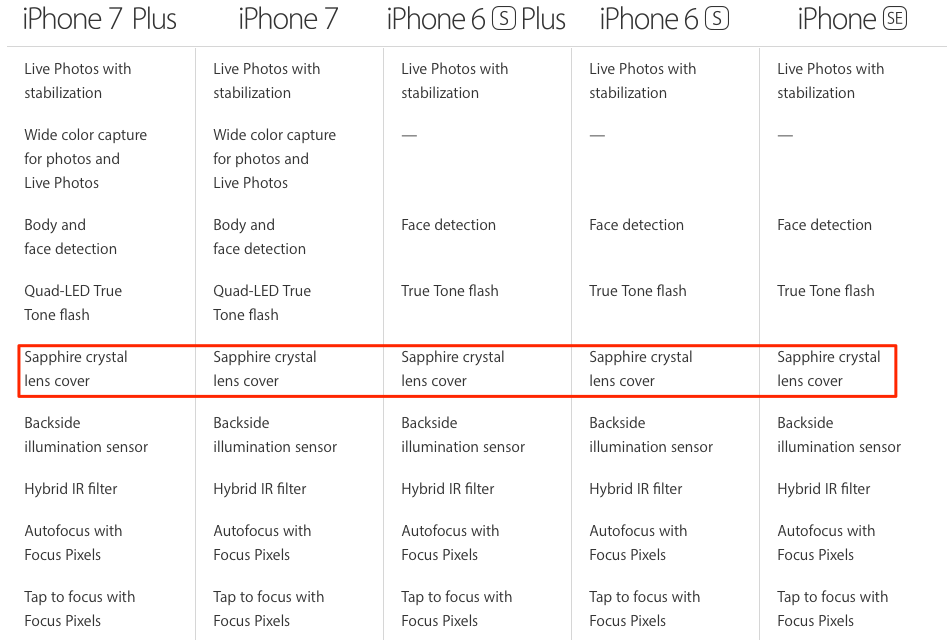 So, why do all of the iPhone sapphire lenses appear to be much softer and scratch much sooner than pure sapphire crystal should scratch? Using the diamond selector tool, JerryRigEverything has found that the iPhone camera lens indeed tested positive for sapphire.

But why then the hardness level of Apple’s sapphire doesn’t match what sapphire should be and are we talking about two different qualities of sapphire crystal here?

Again, the sapphire lens cover on the iSight camera should not fracture at a Mohs six—it should be resilient to at least an eight like the Tissot watch. After examining Apple’s patent for “Sapphire laminates,” it quickly becomes apparent that the Cupertino firm is most likely using a process that results in the creation of thin sapphire laminates.

Here’s an excerpt from the Apple patent:

Sapphire laminates on glass allow creation of sheets of approximately one millimeter or less in thickness. Moreover, in the case of laminating glass with sapphire, the use of glass may provide cost savings over using sapphire, as sapphire is generally more expensive to obtain and/or process than glass. The sapphire laminate provides increased hardness to prevent wear, scratching and/or damage to the glass.

So, instead of depending on pure sapphire crystal, which is pricier and more difficult to manufacture in volume, Apple is actually using a sapphire coating on glass, probably for cost-saving reasons. JerryRigEverything was able to confirm this finding by putting Apple’s sapphire under an XRF machine and a $1 million electron microscope. 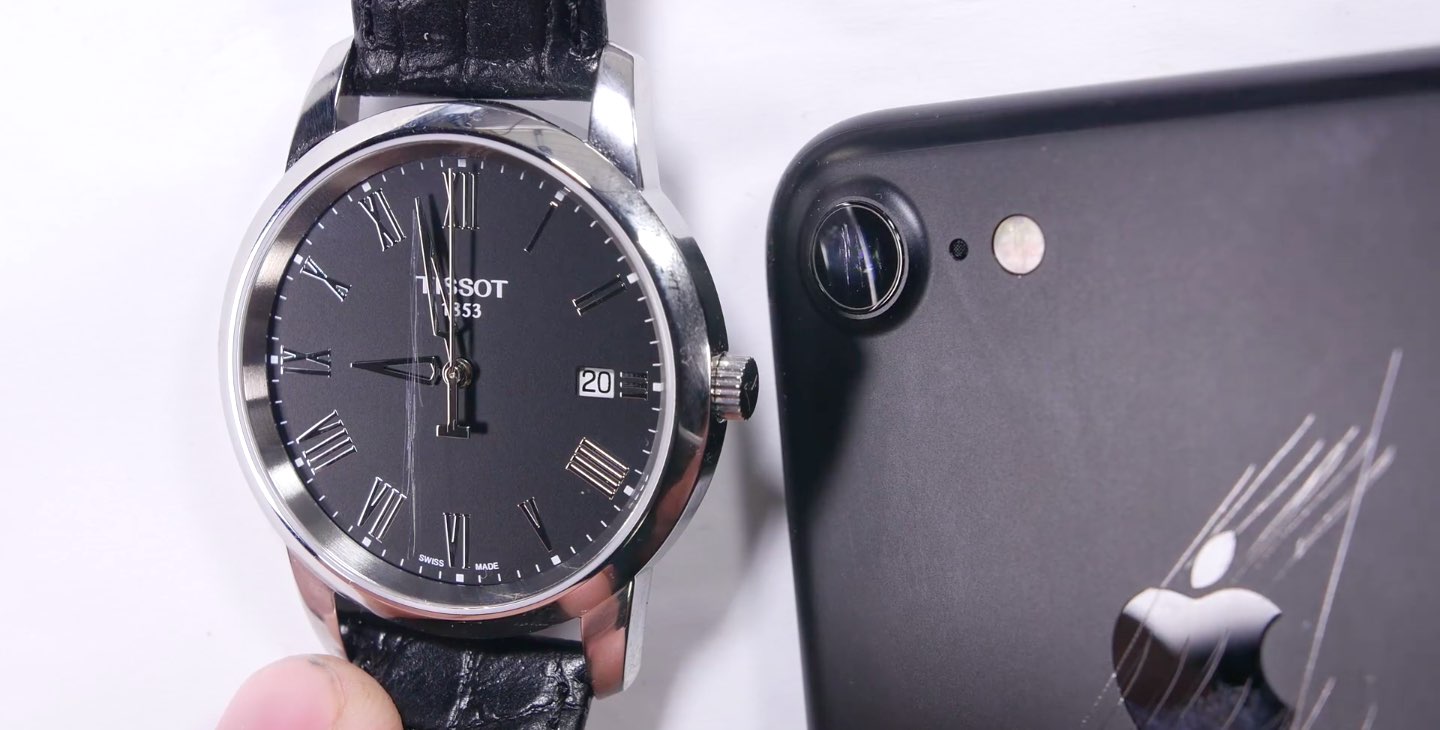 I dislike that the camera lens on my iPhone is covered with a thin sapphire laminate on top of regular glass rather than solid sapphire, but it’s good to know this as I’ll be making an additional effort to avoid scratching the lens and the Home button with keys.

So there you have it, the iPhone’s sapphire-covered lens offers a decent protection against scratches, but it’s just not as scratch-resistant as we thought it’d be.

How impure can your sapphire be and still call it sapphire, do you think?