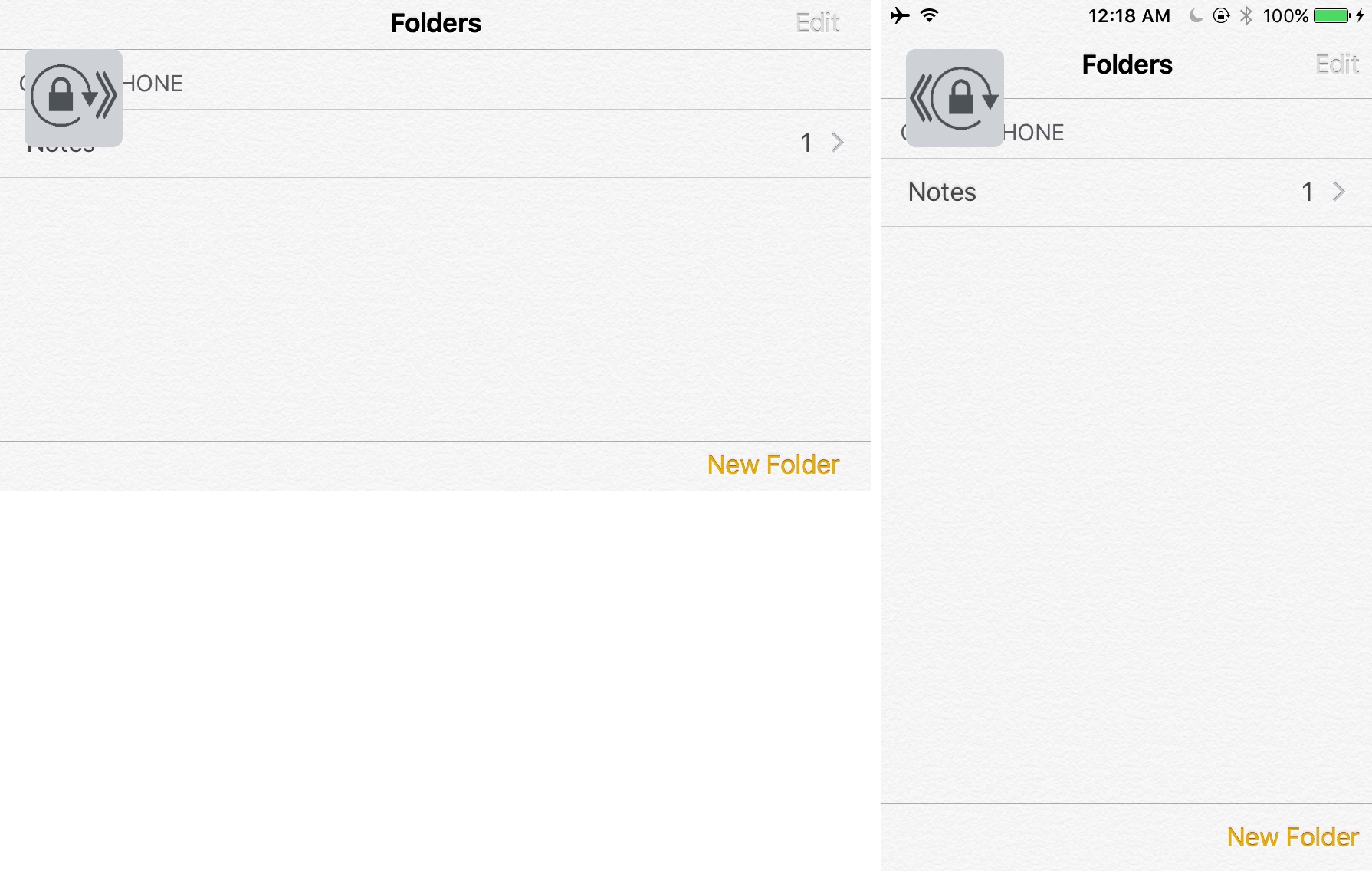 Has this ever happened to you? You were laying in bed or shifting your position on the couch and all of a sudden your iPhone‘s screen orientation switched on you when you didn’t want it to?

If this sounds familiar, and happens often for you, then a new free jailbreak tweak dubbed UndoRotation could very quickly become your new best friend.

You could just get away with using the Rotation Lock toggle button in Control Center, but really it’s more of a permanent solution for people who never seem to want to use landscape mode on their devices and it doesn’t always fit the picture when you want more of a temporary solution.

UndoRotation is great for this niche because it lets you quickly go back to the orientation you were just in with the tap of a button. As you can see above, a new button pops up in the top left of the screen whenever the orientation is changed.

What’s more is the button is going to automatically disappear after a configurable amount of time, so it’s not always in your way after your screen is rotated.

You can configure the tweak from the new preferences pane that gets added to the Settings app. 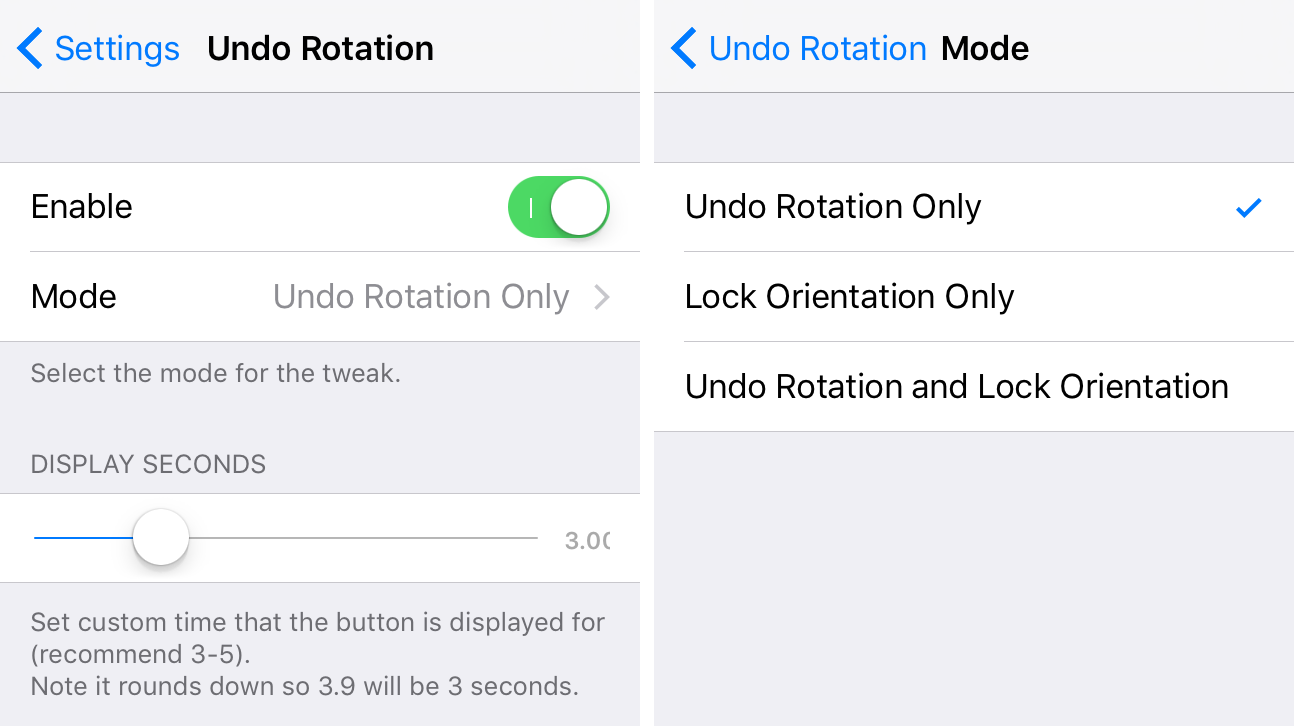 Here, it’s easy to toggle the tweak on or off, choose what happens when you tap on the UndoRotation button, and choose how long the button appears on the screen for before it disappears automatically.

For what it is, a homebrew solution to a problem that plagues a lot of iPhone and iPad users, it’s a useful way to undo an accidental rotations without having to turn your device back to a certain orientation you want it and then waiting for your device to recognize you want to go back.

If you’re interested in trying UndoRotation on your jailbroken iPhone, you can download it for free right now from Cydia’s BigBoss repository.