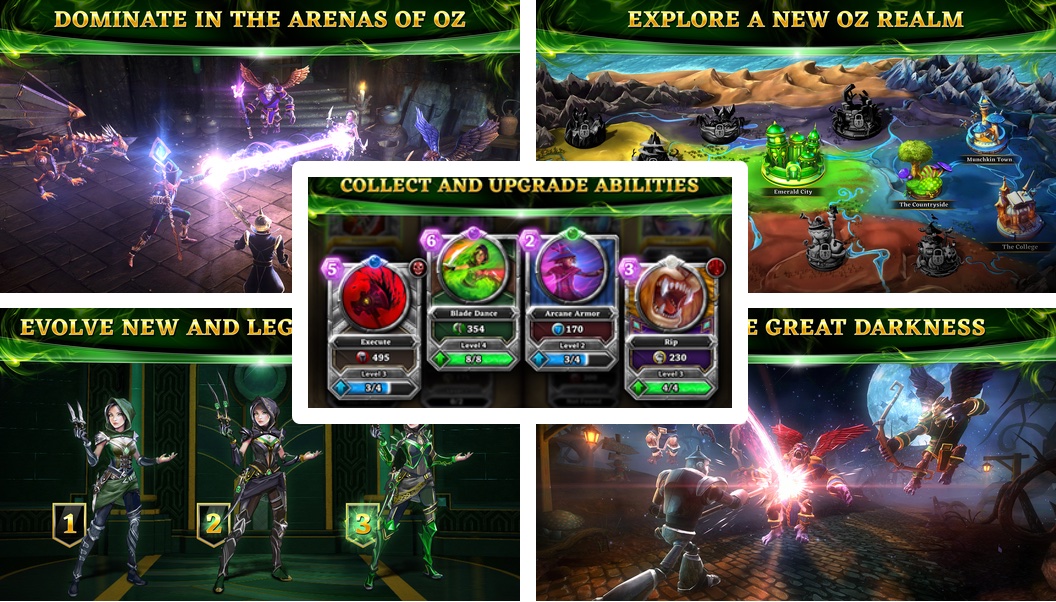 At each iPhone introduction, Apple would usually invite one or more game developers on stage to demonstrate titles which show off the power of its latest chips. This month’s iPhone 7 introduction was no exception. To showcase what’s possible with the new A10 Fusion chip, Apple invited This Game Studio co-founder Heather Price on stage to show off a mobile game called Oz: Broken Kingdom, which just launched in the App Store as a freemium download.

A new take on Oz, Broken Kingdom sports crisp and detailed Metal-driven graphics that take full advantage of the A10 Fusion chip, although it supports older devices as well.

It’s a turn-based role-playing game based on the legendary heroes of Oz—Tin Man, Lion and Scarecrow—and a brand new heroine named Ophelia Shen.

Check out the official launch trailer for the game.

In Broken Kingdom, you’ll evolve your heroes to “legendary levels of power” and summon their various abilities as you’re exploring the dark corners of Oz. Your ultimate goal: solve the thrilling mystery and restore the balance of magic between Good and Evil and return the kingdom to its rightful glory.

The game supports any iPhone, iPad or iPod touch with iOS 7 or later, but it really shines in terms of graphics, details and frame rate on the new iPhone 7 and iPhone 7 Plus.

Oz: Broken Kingdom contains a bunch of optional In-App Purchases and can be downloaded at no charge from the App Store.