Saurik has released an update for Cydia Substrate on Monday for jailbroken iOS devices, bringing the software up to version 0.9.6301 in the Cydia Store.

The update for Cydia Substrate fixes a bug that could cause the software to stop injecting on iOS 6, which as it sounds, would lead to problems with jailbreak tweaks and other Cydia Substrate-dependent extensions.

Saurik notes that the problem may have affected other jailbroken versions of iOS too, but no other examples are given as this was mainly an iOS 6-oriented problem.

1) Launch Cydia on your jailbroken iPhone, iPod touch, or iPad.

2) Open the Changes tab from the bottom of the app. 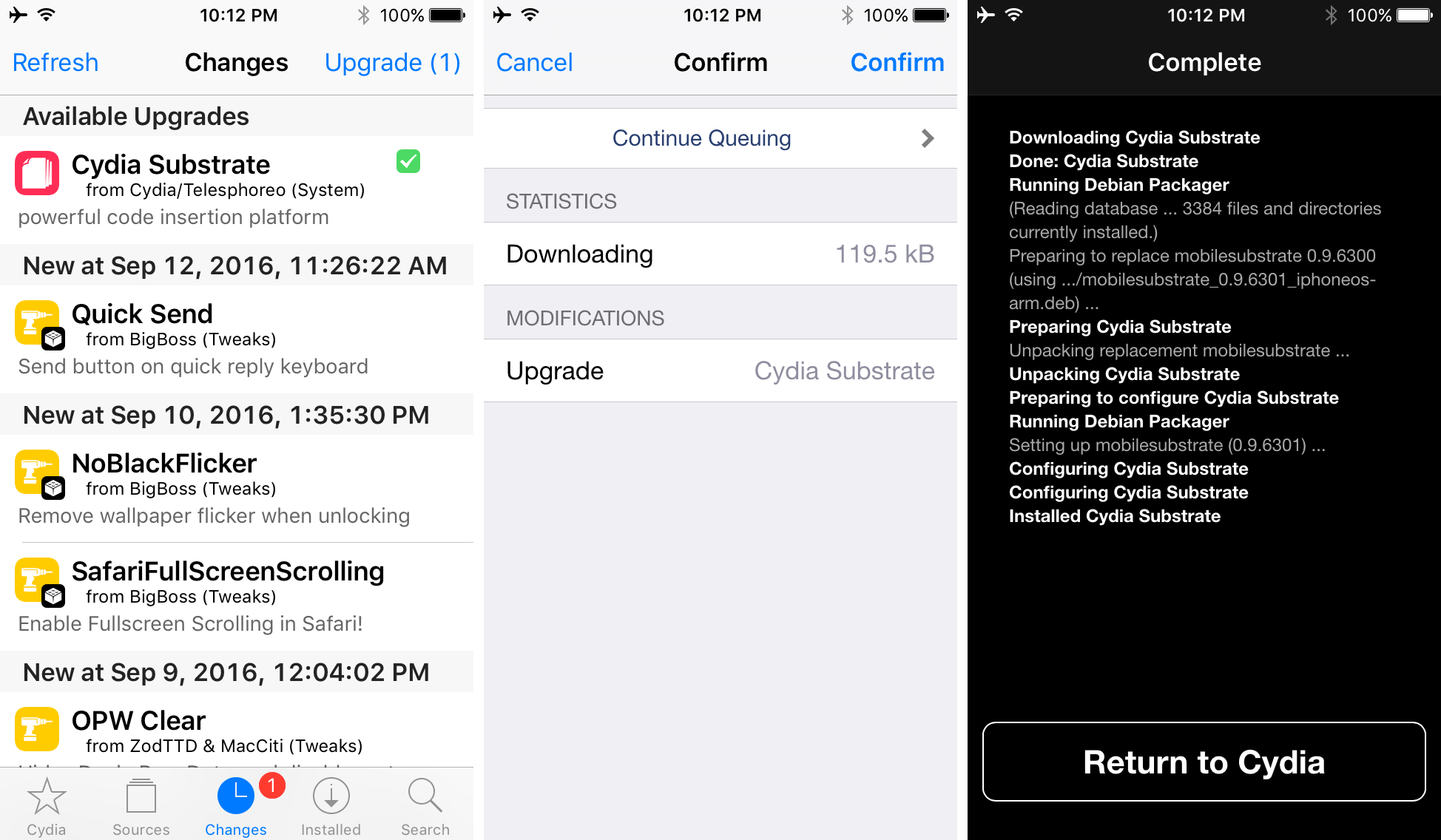 3) Tap on the Refresh button to refresh your sources and see the latest upgrades.

4) When Cydia Substrate pops up under the Available Upgrades header, tap on the blue Upgrade (1) button at top right of the app.

5) Next, tap on the blue Confirm button at the top of the Queuing interface.

6) After the installation completes, tap on the Return to Cydia button at the bottom of the Cydia Installer interface.

Now you have the latest version of Cydia Substrate installed.

This update is recommended for everyone who has a jailbroken device, as it has the latest bug fixes and improvements, which spell out the best stability.

Whether or not injecting problems were plaguing you, nothing works better to fix potential bugs than performing preventive maintenance by keeping your software up to date.