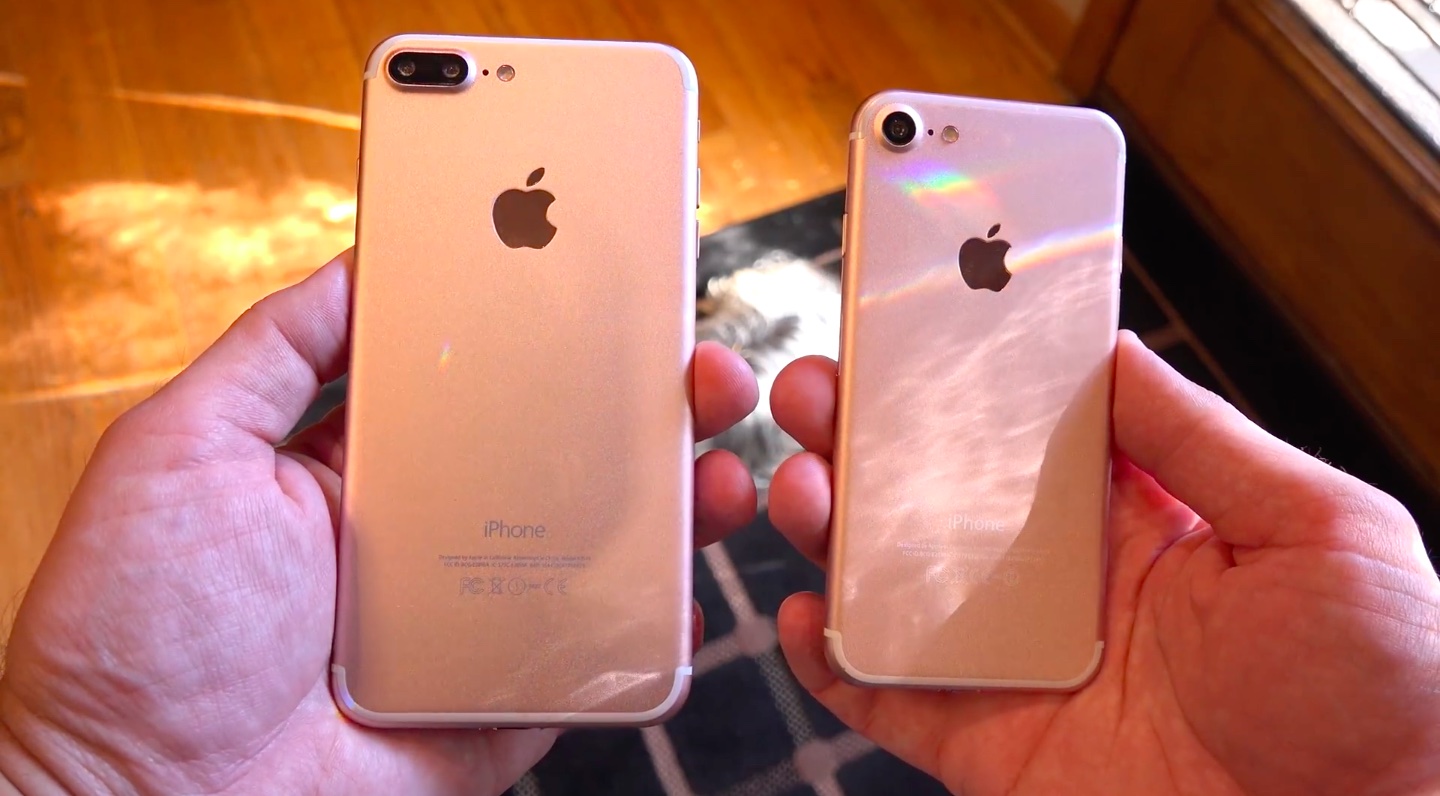 Tech reviewer Michael Kukielka aka DetroidBORG recently published a quick preview of what the iPhone 7 and iPhone 7 Plus are probably going to look like when they’re announced this Wednesday. The video on his YouTube channel actually compares high-quality iPhone 7 dummies that are mostly based on rumor-mill reporting. Now, I know we’ve posted our fair share of these mockups in past months.

But with Apple’s big reveal almost upon us, I thought you guys might want to take another look at the iPhone 7’s design before the shiny new devices are unveiled.

Again, these are just mockups that are widely available online as design case studies for case and accessory manufacturers and the like. Check out his video that I embedded right below.

Are you disappointed that the next iPhone appears to be nearly identical to the iPhone 6s in terms of exterior design? I am not, because it should have significant hardware improvements and, you know, those two brand new Darth Vader-like colorways.

Let us know what you think down in the comments.