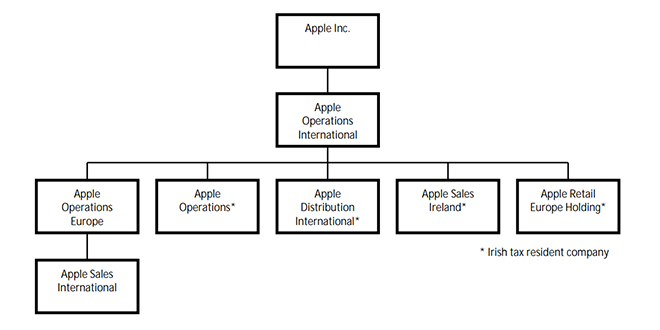 According to a 130-page judgment seen by The Financial Times, the European Commission (EC) is set to rule Tuesday against Apple’s sweetheart tax deal it struck with the government of Ireland back in 1999.

The Commission is reportedly set to demand that Ireland recoup over 1 billion euros in back taxes from the iPhone maker, or circa $1.12 billion.

“Apple will on Tuesday be hit with Europe’s largest tax penalty after Brussels ruled that the company received illegal state aid from Ireland,” warns the financial newspaper.

“The source said EC will recommend a figure in back taxes that it expects to be collected but it will be up to Irish authorities to calculate exactly what is owed,” CNBC added.

Apple insists that, as the largest taxpayer in the world, it is in full compliance with international tax law. The U.S. Treasury Department recently warned its European colleagues that any adverse ruling against Apple could “set an undesirable precedent.”

The government of Ireland denies any wrongdoing.

“We don’t believe we gave any state aid to Apple,” said Eoghan Murphy, the country’s junior finance minister. “It’s in the national interest that we defend our international reputation in this regard.”

Situation could get a lot worse before it gets better as Apple could be on the hook for a JPMorgan-estimated 19 billion euros, or about $21.2 billion, in back taxes.

Apple, as you know, has received its fair share of criticism over the past few years over the practice of funneling money through a network of international subsidiaries, more so following reports that it cut a deal with the government of Ireland allowing it to pay just two percent in taxes versus the country’s 12.5 percent corporate tax rate.

Three years ago, the European Commission accused the government of Ireland of dodging international tax rules by letting Apple shelter profits worth tens of billions of dollars from tax collectors in return for maintaining jobs.

Apple, Microsoft, Google and many other U.S. technology giants relocate much of their earnings in Ireland, allowing them to pay a much corporate lower tax rate compared to the 35 percent tax bill were they to repatriate that capital in the U.S., which has among the highest corporate tax rates in the developed world.

“We pay our share and then some,” Apple’s boss told The Washington Post in a wide-ranging interview. “We didn’t look for a tax haven or something to put it somewhere. We sell a lot of product everywhere.”

Apple wouldn’t bring that money back from abroad unless there was a “fair rate,” he added:

When we bring it back, we will pay 35 percent federal tax and then a weighted average across the states that we’re in, which is about 5 percent, so think of it as 40 percent. We’ve said at 40 percent, we’re not going to bring it back until there’s a fair rate. There’s no debate about it.

The tax law right now says we can keep that profit in Ireland or we can bring it back. It is the current tax law. It’s not a matter of being patriotic or not patriotic. It doesn’t go that the more you pay, the more patriotic you are.

Is Apple a tax dodger, do you think?

And if so, would you go as far as to call Apple’s leadership unpatriotic for paying a single-digit tax rate in Ireland versus handing over more than one-third of the firm’s earnings to the government of the United States?