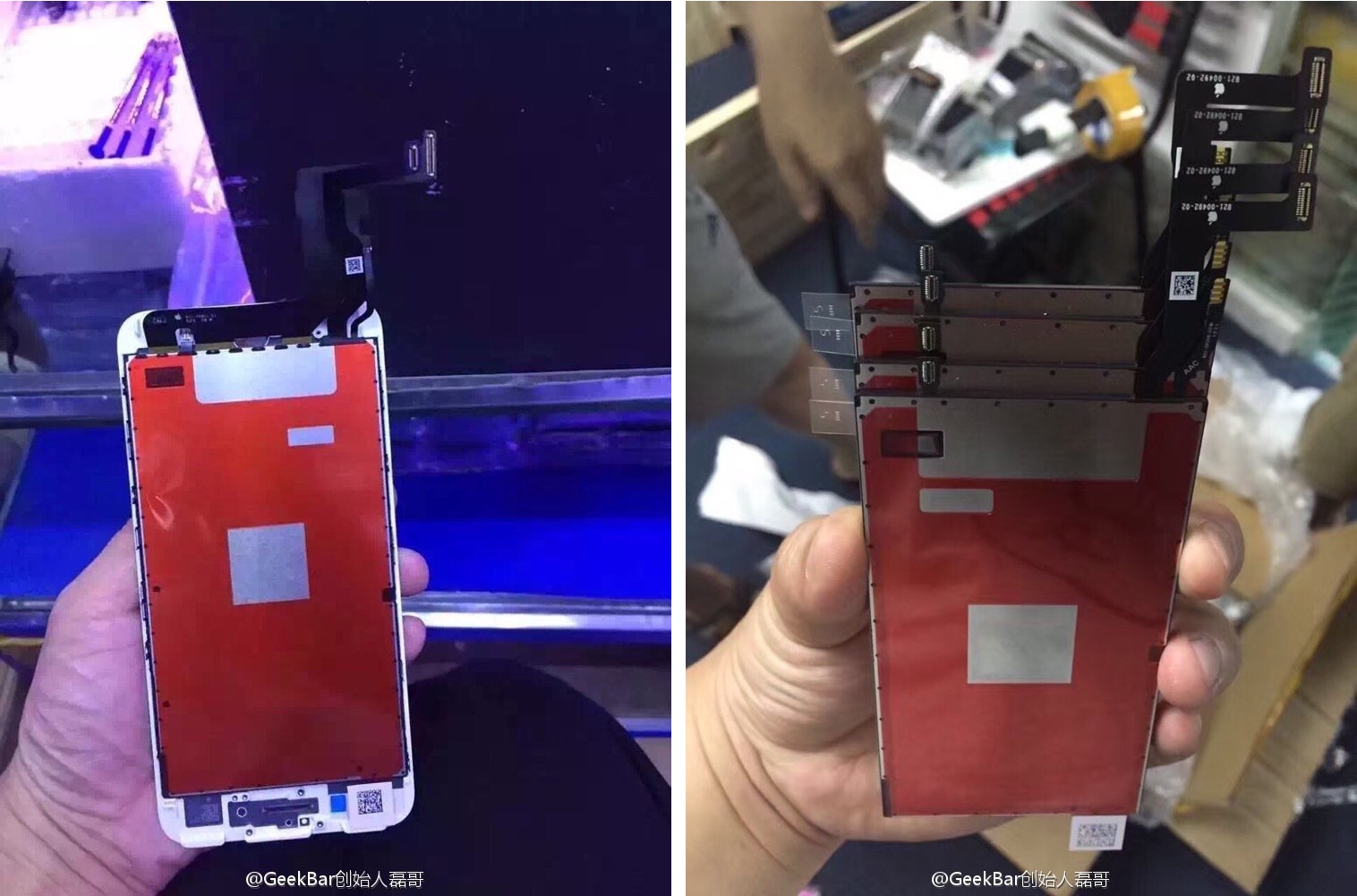 In addition to a fresh batch of crisp, high-resolution shots showing a purported iPhone 7 in Gold pictured alongside its 5.5-inch brethren that surfaced on the web, here’s another leak to chew on this morning—prolific French leakster Steve Hemmerstoffer shared via his @OnLeaks Twitter account these claimed photographs of a fully assembled front panel for the upcoming devices.

Before you jump to comments, yes—a guy on the left photo clearly turned the front panel upside down so no, the Home button connector won’t be relocated to the top.

The photos show a 3D Touch layer with force sensors, but unfortunately there’s no telling whether the pictured part is a genuine iPhone 7 component or an iPhone 6s part.

These photos were originally posted on Chinese social network Weibo, via China’s well-known repair shop GeekBar that in the past accurately leaked components for unreleased Apple products.