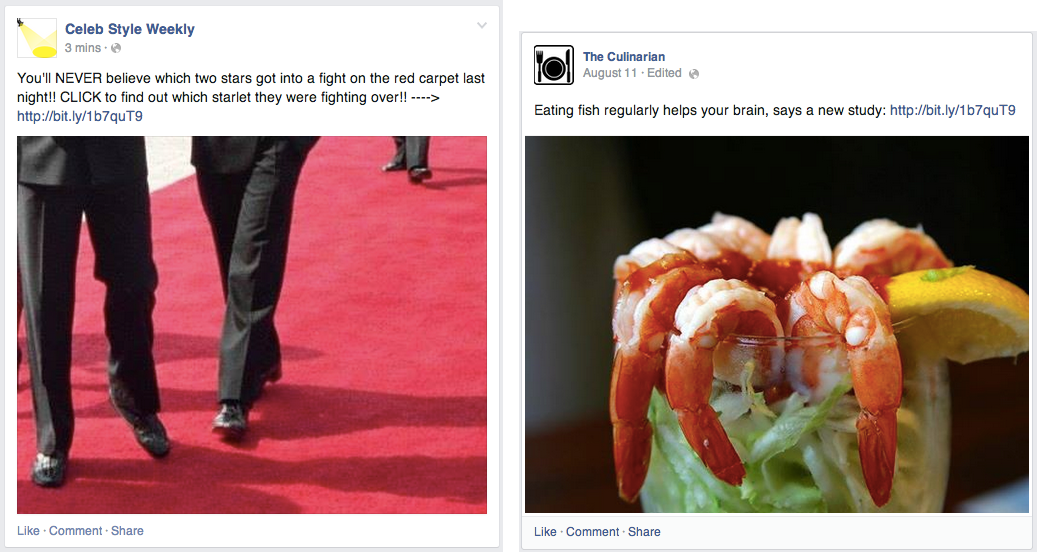 Facebook began removing deliberate hoaxes from users’ News Feeds in April 2014. The following year, the company stepped up fight against spammers with more changes aimed at helping reduce the number of misleading posts, also known as clickbait. Today, the social networking firm announced a set of new measures to further reduce clickbait in your News Feed by using a brand new system which can automatically spot phrases commonly used in misleading headlines.

To help users see authentic stories the most in their News Feed, Facebook is focusing on notorious clickbait headlines and link titles which intentionally leave out crucial information in order to force you to click to find out the answer.

Here are a few examples of clickbait headlines:

“People are still telling us they would prefer to see clearly written headlines that help them decide how they want to spend their time and not waste time on what they click,” said the firm.

The new system identifies phrases that are commonly used in clickbait headlines and detects if the headline withholds information required to understand what the content of the article is.

For example, the headline “Apples Are Actually Bad For You?!” misleads the reader because, in Facebook’s own words, “apples are only bad for you if you eat too many every day”.

They trained the system using thousands of human-curated headlines, then built a list of spammy headline phrases and words which are not used in other headlines.

“This is similar to how many email spam filters work,” explains the firm.

The system also identifies which web domains and Pages these posts come from, giving lower ranking in News Feed to the spammy links that have been shared from Pages or domains which consistently post clickbait headlines.

“News Feed will continue to learn over time—if a Page stops posting clickbait headlines, their posts will stop being impacted by this change,” as per Facebook.

With this update to News Feed ranking, Facebook users should start seeing fewer clickbait posts and more of the stories they want to see higher up in their News Feed.

These latest measures are in addition to the previously tweaked algorithm which helps reduce the distribution of frequently circulated content, Like-bait stories and spammy links from surfacing in the News Feed.