Apple on Wednesday issued an updated diversity report, showing progress in its efforts to beef up the hiring of women and minorities. The iPhone-maker is one of many Silicon Valley firms that has been criticized for having a mostly white, male workforce—particularly at the executive level.

According to the latest numbers, 56% of its US employees are white and 69% of its global staffers are male, but there has been a boost in new-hires. Apple says 54% of the US new hires added within the last year are minorities, meaning their new hires are more diverse than current workers. 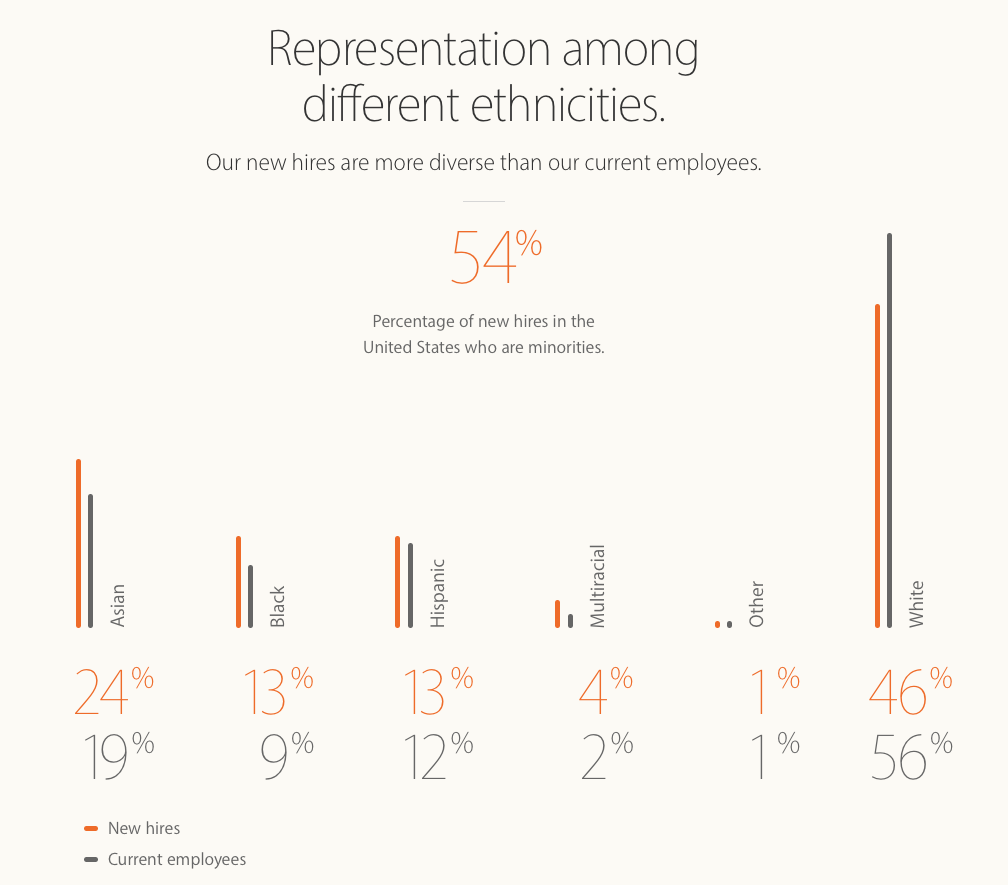 We see diversity as everything that makes an employee who they are. We foster a diverse culture that’s inclusive of disability, religious belief, sexual orientation, and service to country. We want all employees to be comfortable bringing their entire selves to work every day. Because we believe our individual backgrounds, perspectives, and passions help us create the ideas that move all of us forward.

In addition to diversity, Apple has also made some strides on the equal pay front, saying it’s achieved pay equity in the United States for similar roles and performance. Women employees now earn $1 for every $1 male employees earn, and the same with minorities versus white employees.