As of today, Dropbox Paper, a collaborative document editor akin to Google Docs and Apple’s iWork for iCloud suite (only better!) is in public beta after spending about a year in private beta, the cloud storage startup announced.

In addition, the mobile Paper app for the iPhone, iPad and iPod touch launched today, too, so you can immediately download it at no charge from the App Store.

“Dropbox Paper helps fast-moving teams work together on docs, find important information, and stay in sync—even while on the go,” said Dropbox. Updates, changes or your feedback automatically sync with your docs on paper.dropbox.com.

Check out the promotional video for Dropbox Paper.

Based on user feedback, the Paper team has made notable improvements such as enhanced tables and image galleries, notifications across desktop, mobile and web, advanced search features and more.

Here are some of the ways users are keeping their teams in sync with Paper:

The Paper mobile apps are currently available to people in the United States. Dropbox said the apps will be “coming soon” for users in the European Union. 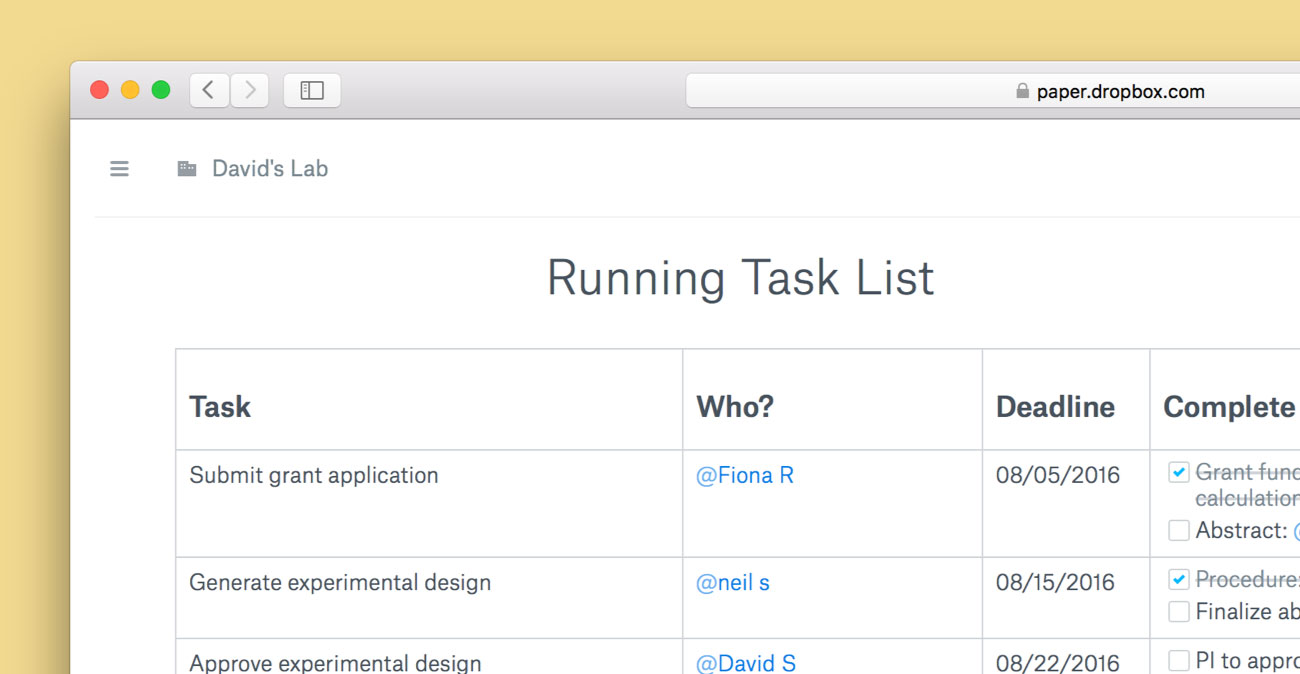 Some of the features of the mobile Dropbox Paper app include notifications for comments, shares and @mentions in one organized list, the ability to add, view and reply to comments, making instant changes to existing documents or creating new ones, starring documents to pin them to the top of your lists and the ability to invite others from your team to collaborate on your documents. 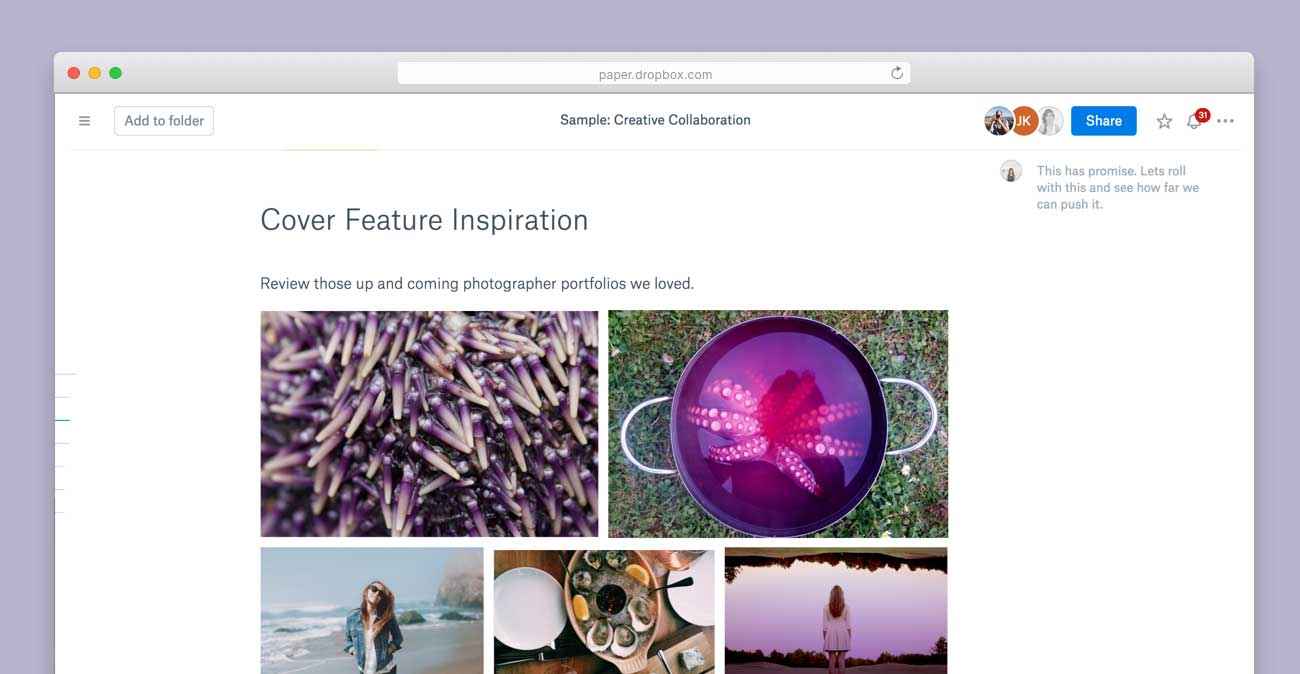 You can join the public beta at dropbox.com/paper.

Dropbox Paper for iOS is available for free on the App Store.

The iPhone and iPad app requires iOS 8.1 or later.