Apple is gearing up to open its first brick-and-mortar retail store in Mexico City ahead of push into Latin America, AppleInsider has learned from a trusted source. Located at the Centro Santa Fe mall, the upcoming outlet will be three times the size of the regular boutique storefronts that comprise the mall’s upscale Via Santa Fe wing.

The company hasn’t yet set a date for the Santa Fe’s store’s grand opening.

According to AppleInsider’s sources, an announcement might arrive within two months. Most recently, Apple began accepting job applications for the Mexico City store in January. The store is currently currently masked by a telltale black construction barrier. 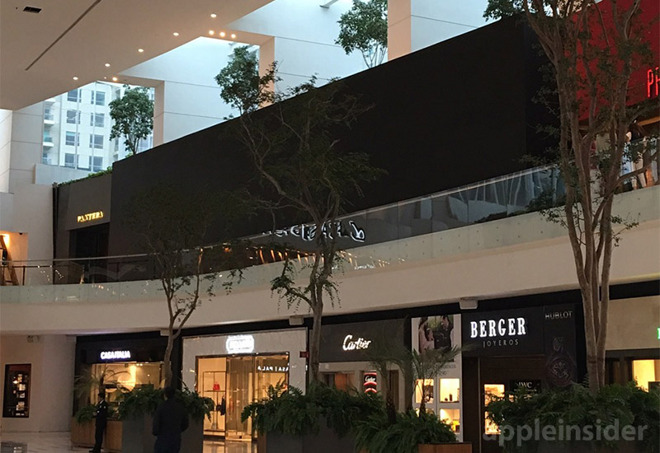 The upcoming store is said to incorporate Apple’s new design and provide familiar features, such as a Genius Bar, custom wooden cabinetry for accessories, wooden tables to showcase iOS devices and computers and “an ample sales floor.”

Apple should actually open two retail stores in Mexico City, one of which will be a flagship store similar in scale to Apple’s Union Square flagship in San Francisco. Other reports hinted at upcoming Apple Stores in Guadalajara and Monterrey.

“Prior to that, however, the company is working to establish a presence beyond online sales and reseller channels in nearby countries Argentina, Chile and Peru,” says the report.