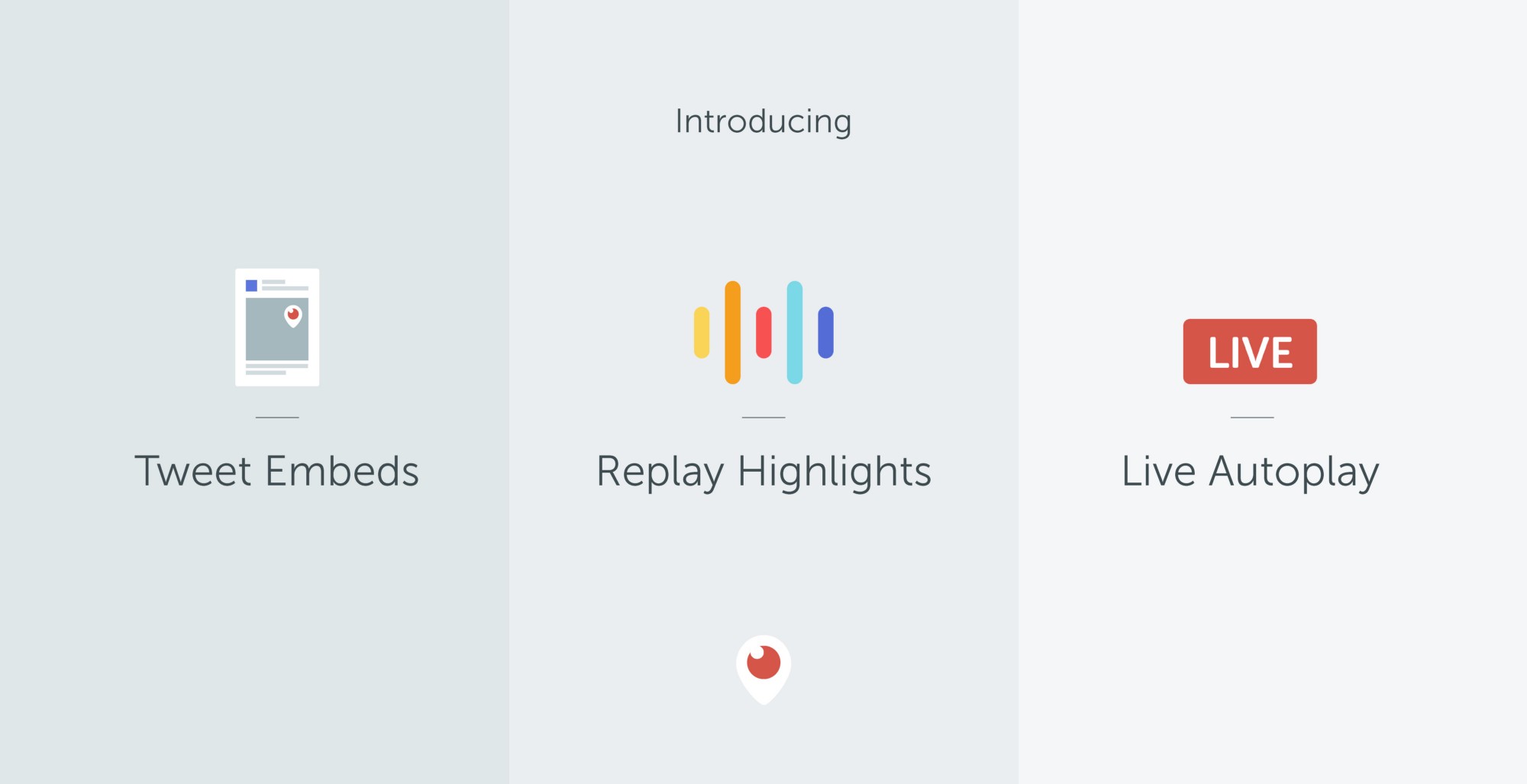 Periscope, Twitter’s live-broadcasting app, was updated in the App Store with a few new features, among them Replay Highlights, Live Autoplay and Tweet Embeds. Highlights automatically generates a short trailer for every Periscope broadcast of your home feed, making it easier to catch up on broadcasts you missed from the last day.

Periscope is a free download from the App Store.

In addition, the feature also produces highlights of somebody’s profile, which gives you an overview of their previous broadcasts—and of any search result, for that matter—to get a convenient overview of any topic that interests you.

“We look at a variety of signals to determine what parts of a replay should be included in a highlight and will continue to improve these signals over time,” explains the firm. Replay Highlights will be be available on iOS and Android in the next few days.

The ability to auto-play live broadcasts will be available on Android first, with iOS “coming soon.” With this feature, any live broadcast in the Watch tab and Global feed will play automatically as you scroll through content, but without sound. If you find a broadcast interesting, tap it to go full screen.

You can embed these periscopes anywhere on the web by simply embedding their tweet containing a Periscope link.

A broadcaster profile is embedded with the On Air Button as well.

Here are a few examples of embedded Periscope broadcasts.

LIVE on #Periscope: On the range with Jason Day https://t.co/0NhfLaEeNA

Here’s everything new, improved and changed in Periscope 1.6 for iOS:

You can learn more about the embedded Periscope tweets, Replay Highlights and Live Autoplay features in Periscope’s support documents.

Periscope is available for the iPhone, iPad, iPod touch and Apple TV as a free download from the App Store in the form of a universal binary.