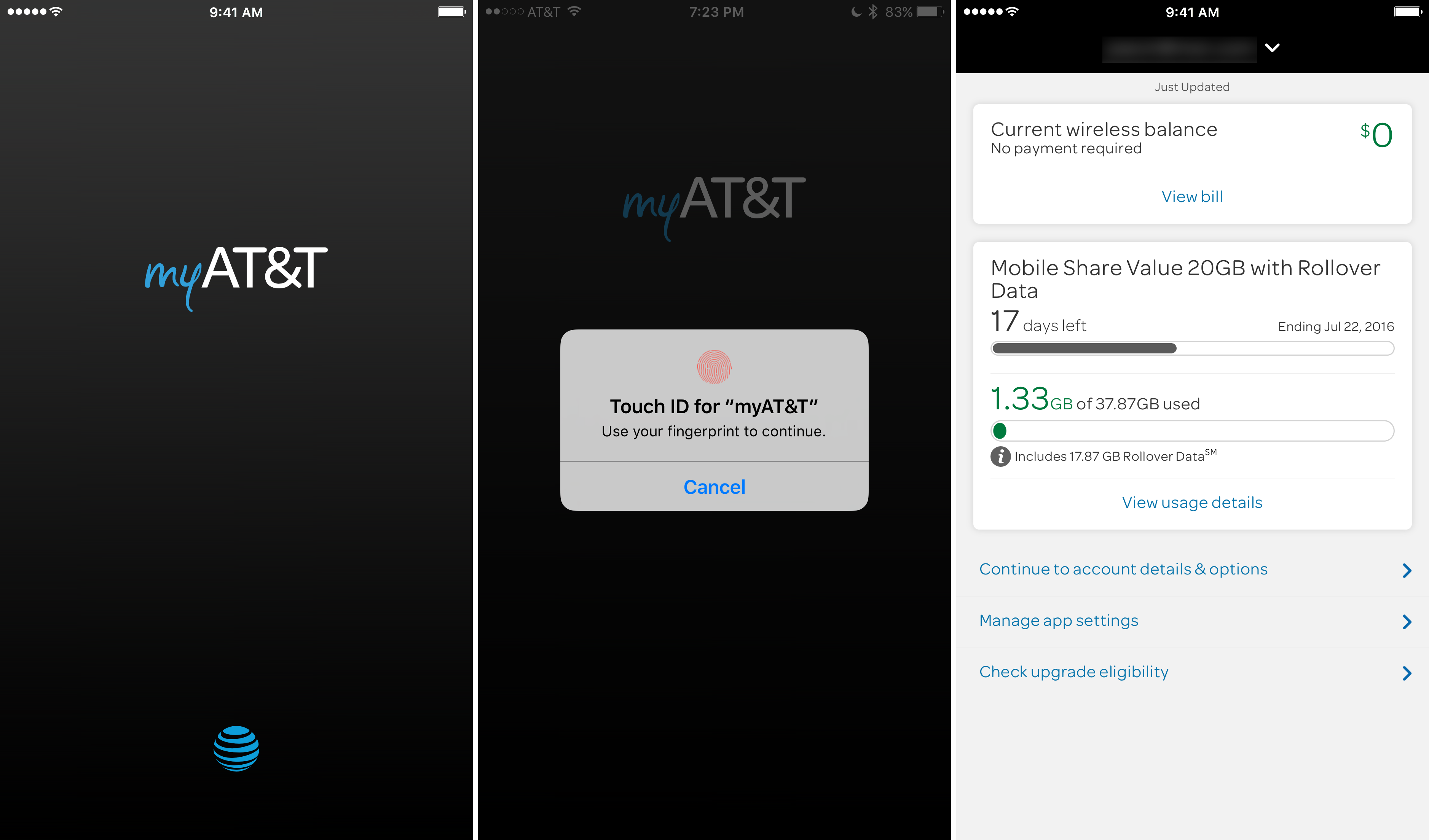 AT&T has launched a new version (5.0) of the myAT&T app for iPhone on Wednesday with added features that have been long overdue.

With improvements to usability, as well as ease of access, the re-branded myAT&T app is a new sight for sore eyes.

Starting with Touch ID integration, myAT&T now allows AT&T customers with an iPhone 5s or newer to conveniently sign into their AT&T account from the app with their fingerprint, and no longer requires the user to enter their password to log into the app.

From a convenience point of view, this was a feature many apps are adopting that AT&T is late to the party with, but better late than never, I always say.

Although myAT&T was able to store your password previously, and allowed you to sign in with a tap, Touch ID is a step forward in the right direction, as Apple is integrating Touch ID in all flagship mobile devices manufactured today.

Also new is the updated quick summary page, which appears immediately after signing in with Touch ID. The summary page dumbs everything down for you so you can quickly get to the information that matters most to you without having to navigate through the app.

In the summary page, you can view information such as data usage, payment, and billing information, which means everything is now more informative at a glance.

Once you start tapping on links in the summary page, you’ll begin to see an interface that looks more familiar. The only change is that AT&T appears to have given the app a cosmetic makeover, using black as the main app color instead of orange as it was previously.

The new interface is also followed by a refreshed app icon that is also black with a blue logo.

Existing users of the myAT&T app can download the update for free from the Updates tab in the App Store.

If you aren’t already using the app, and you’re an AT&T customer, you can download the app from the App Store for free and sign in with your AT&T account to track your (and anyone else who is on your plan) monthly phone usage.