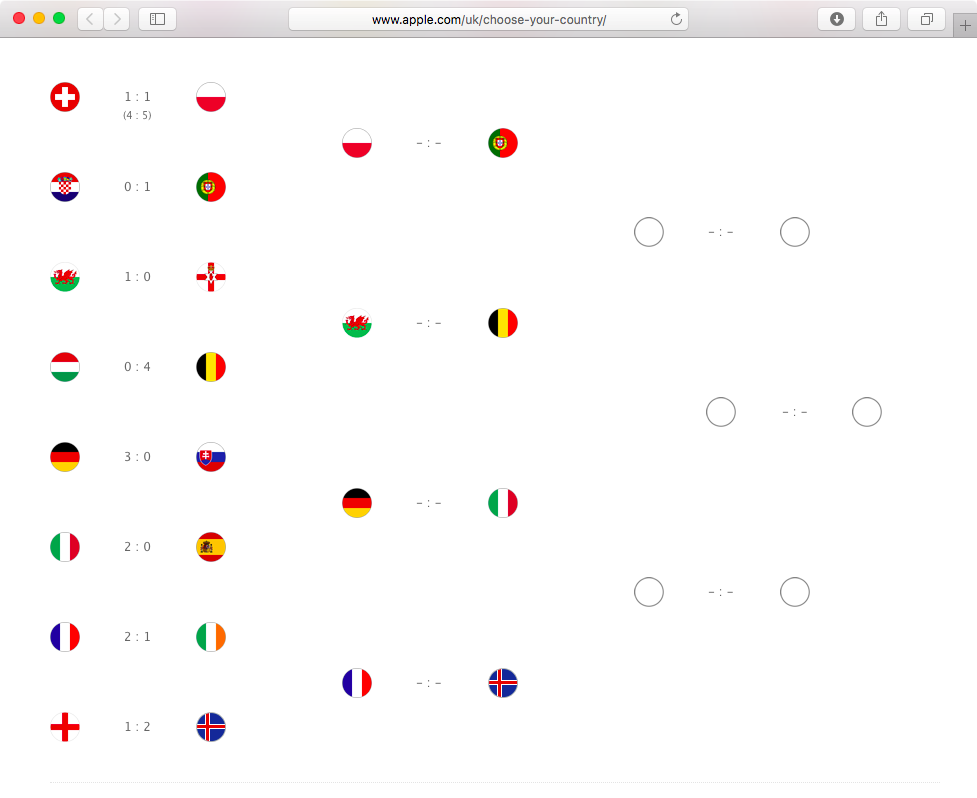 Apple hid a nice Easter egg surprise on its website for fans of soccer who are currently following the 2016 UEFA European Championship. Apple websites in the United Kingdom and elsewhere in Europe now sport an updated Choose Your Country selector with Euro 2016 country groups and schedules.

As reported on by Dutch blog iCulture, the Cupertino firm even temporarily added a few new countries that it does not have regional websites for—like Albania, Iceland, Northern Ireland, Ukraine and Wales—to ensure that the groups and bracket are filled out properly.

Apple’s country selector even shows the schedule from the quarterfinals.

These changes were put into effect a few weeks ago ahead of the the 2016 UEFA European Championship, which is being held between June 10 and July 10 in France.