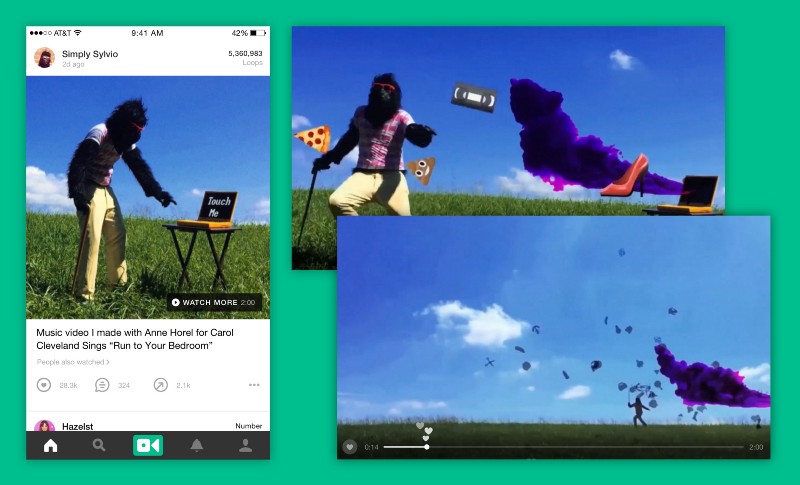 Twitter today said its users will soon be able to tweet out 140-second videos, a major increase in video duration compared to the current 30-second limit. The company also announced that its shortform video-sharing app, Vine, will start an experiment with longer video as well.

Although Vine originally launched as a video-sharing service that houses six-second clips, users will soon be able to post videos up to 140 seconds in duration, just like on Twitter.

This feature, currently available to Vine Beta users and coming soon to everyone, lets storytellers use six-second Vine clips as trailers of sorts that point to a mini-movie, which can be up to 140 seconds long.

These mini-movies are distinguished by a new “Watch more” button in their lower right corner. Tap it and the video goes full screen and you can rotate your device to watch in widescreen or double tap the video to make hearts fly, like on Periscope.

“You’ll continue to see Vines, those short looping trailers we all know and love,” said the firm. “It’s just that now some Vines might have a longer video too.” Future monetization options for content creators will soon launch via Twitter’s Amplify Open program soon.

Vine is currently rolling these changes out to everyone as fast as they can, but these things take time to propagate so some folks may need to wait a few hours or days.

Vine is available at no charge on the App Store.