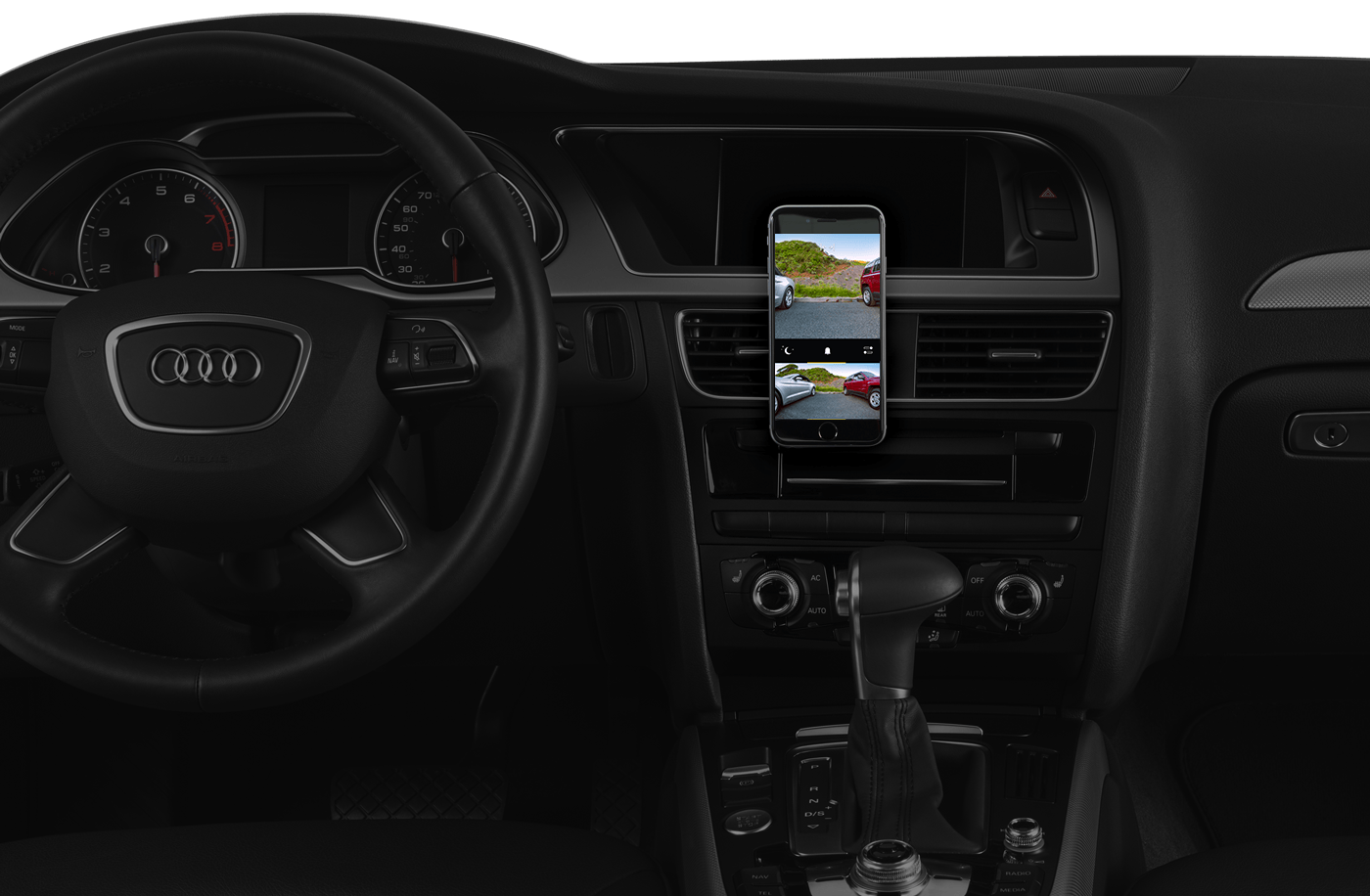 About 50 former Apple employees now work for a startup, called Pearl, which was co-founded by three former Apple engineers (Joseph Fisher, Brian Sander and Bryson Gardner) who had spent decades helping develop some of the most iconic Apple devices like iPods and iPhones. For the past two years, Pearl has been working on its first product, a smart rearview vehicle camera, which unveiled this morning.

A backup camera for your car

The product, called RearVision, is basically a wireless high-definition camera solution that combines sophisticated hardware and intelligent software that learns, adapts and updates automatically. The device streams any video of what’s behind the car to a mobile device.

Engineered around a unibody aluminum frame, the accessory features dual HD cameras with 2.2 micron pixel size, custom seven-element lenses, ƒ/2.0 aperture and 175-degree field of view. One camera is optimized for day and the other for night via IR.

The RearVision is built on a Cortex-A5 processor and uses a three-axis accelerometer, has a 2650 mm2 solar energy harvester built right into the frame with maximum power point tracking and uses dual-channel Wi-Fi 802.11an networking to wirelessly send video to your iPhone.

One of the co-founders told The Verge that a full day of sun will supply a week of charge, and that the unit can store an entire month’s worth of juice in its 2,500 mAh Li-ion NMC battery. An accompanying iPhone app lets drivers review clips and provides audible and visual alerts of obstacles in their path. 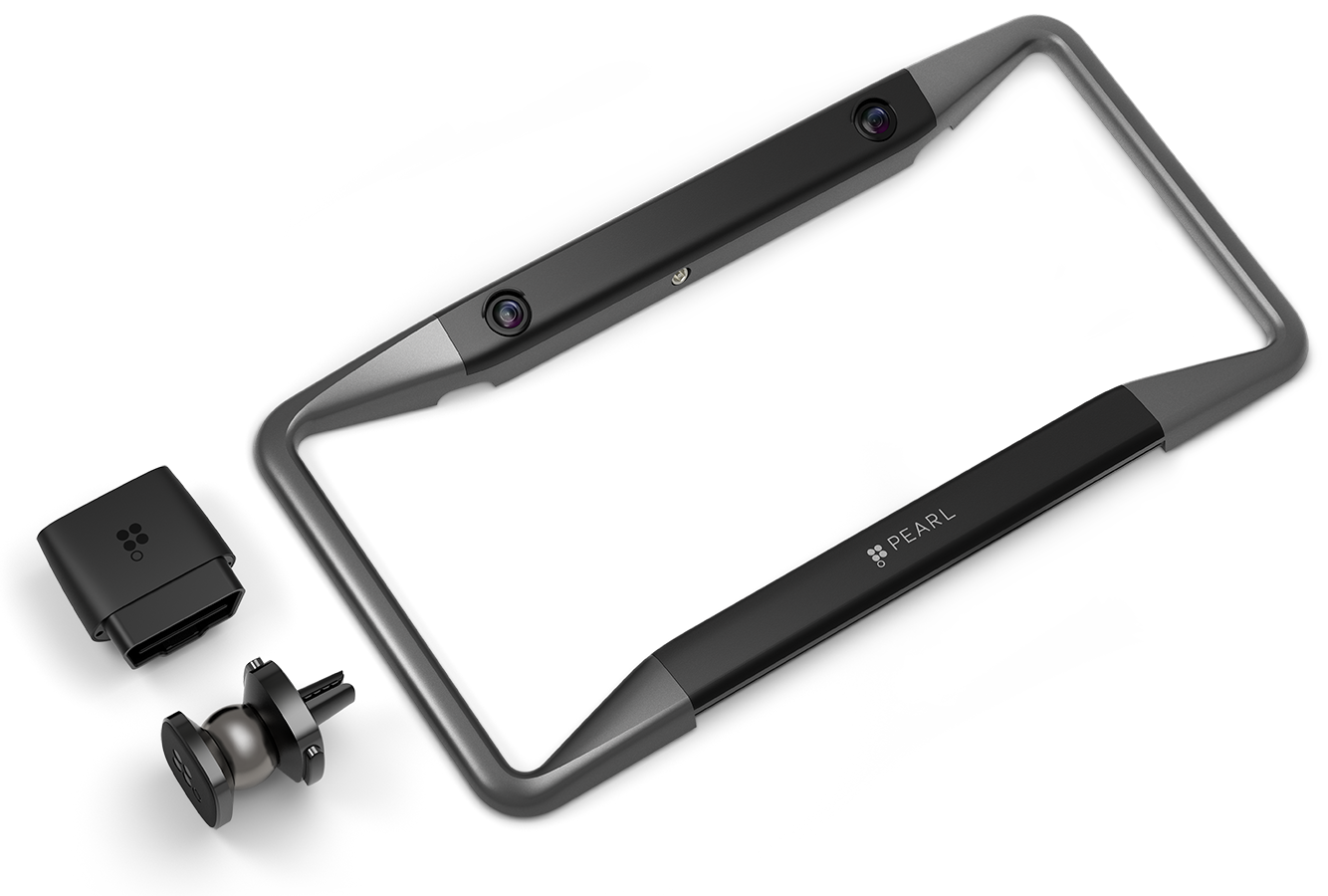 From The Verge article:

The cameras turn on when you’re backing up and shut off if you start traveling forward at more than 10 miles an hour. You get a live stream of the rear view on your mobile device and can shift between portrait view, with two levels of zoom, and a landscape view.

It will sound two different kinds of alerts: one to let you know a vehicle or person is passing behind you, telling you to slow down, and another indicating a stop to avoid a collision.

The app is also thoughtfully designed. You can choose your favorite road apps—Google Maps, Spotify, etc.—and designate them for the home screen, which pops up when you shift from reverse to drive.

While the backup camera was first introduced in a production vehicle 25 years ago, Pearl says that fewer than one in four cars in the United States have them today.

Pearl is counting on the United States federal mandate, which requires backup cameras in all new cars starting with the model year 2019.

Here’s how easy it is to install the device in a car: you basically install the camera frame around your license plate, plug the included car adapter into your OBD port (which is standard on all cars built after 1996), download the Pearl app, pair your iPhone and you’re good to go!

You can pre-order your RearVision today for $499.99 and receive free shipping at pearlauto.com. According to the About section on the official Pearl website, the startup is focused on “making the same transformative change in the auto industry by delivering advanced, adaptive and continually improving driver assistance features to all 1.2 billion cars on the road.”

Perl isn’t the only startup with an eye set on smart driving.

George Hotz aka “GeoHot”, one of the pioneers of the early jailbreak scene, recently showcased his latest project, a smart-driving car kit that adds self-driving features to any car in exchange for about $1,000.