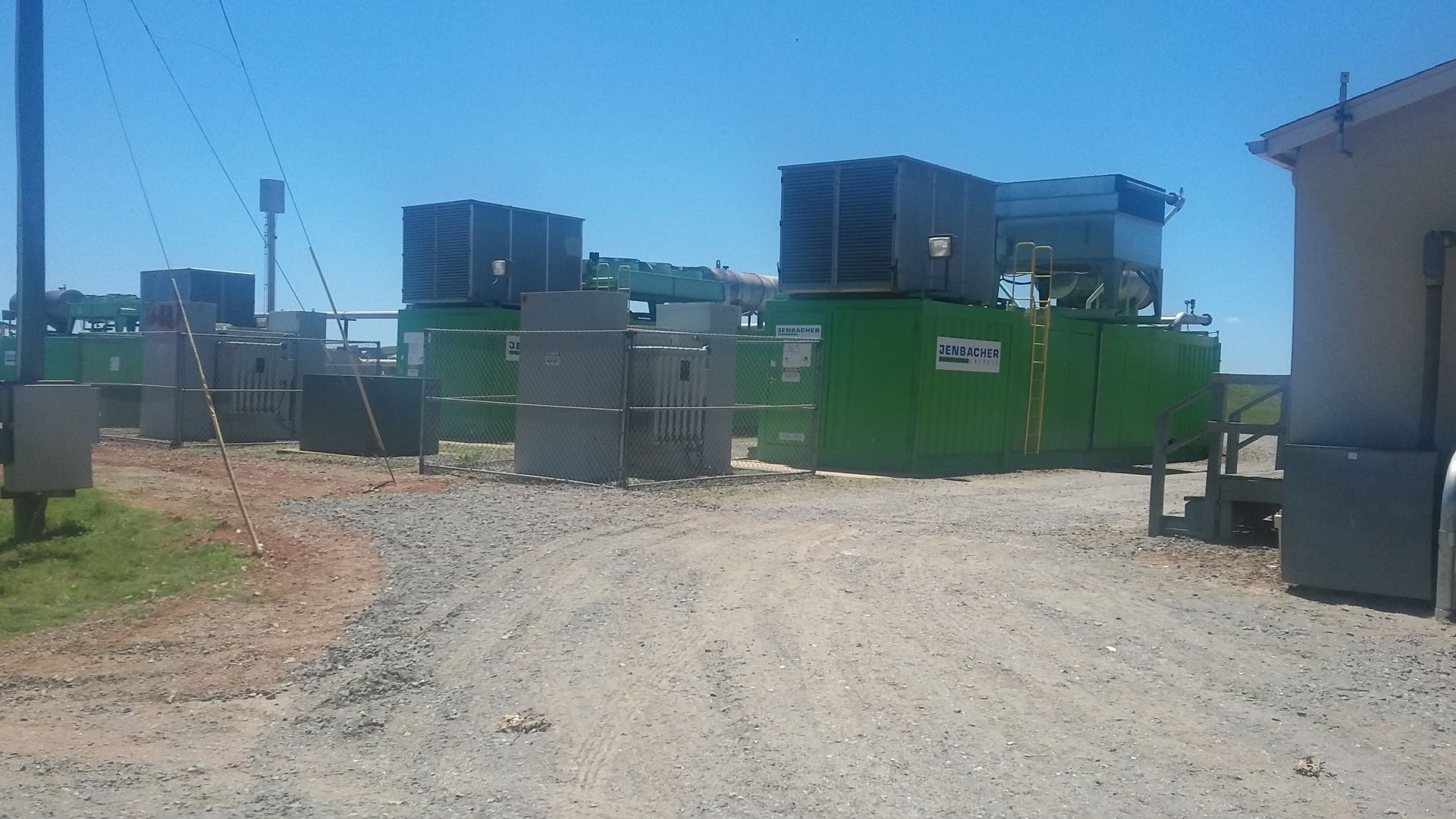 The Board of Commissioners of Catawba County approved a new lease agreement on Monday that would permit Apple to build a renewable energy facility which uses fuel cells to generate electricity from the gas, Hickory Record said today. The lease provides the Cupertino firm with about 3.7 acres on the Blackburn Resource Recovery Facility in Newton.

The county will sell about 40 percent of its landfill methane, a greenhouse gas, to Quadrogen Power Systems, Inc., which will treat it for use in Apple’s facility.

“From the sixth year onward, the rent price will fluctuate based on changes in the Consumer Price Index for the South Region, but will never go below $1,500 per acre.”

According to a Catawba County spokesperson, converting the methane gas into electricity will be “the next great energy source that is clean and safe for citizens across the entire country”.

The lease lasts for 16 years with an option to go five years longer.

Photo: The three Jenbacher engines the county uses to make electricity from methane. A portion of the landfill site will be leased to Apple for a renewable energy plant.