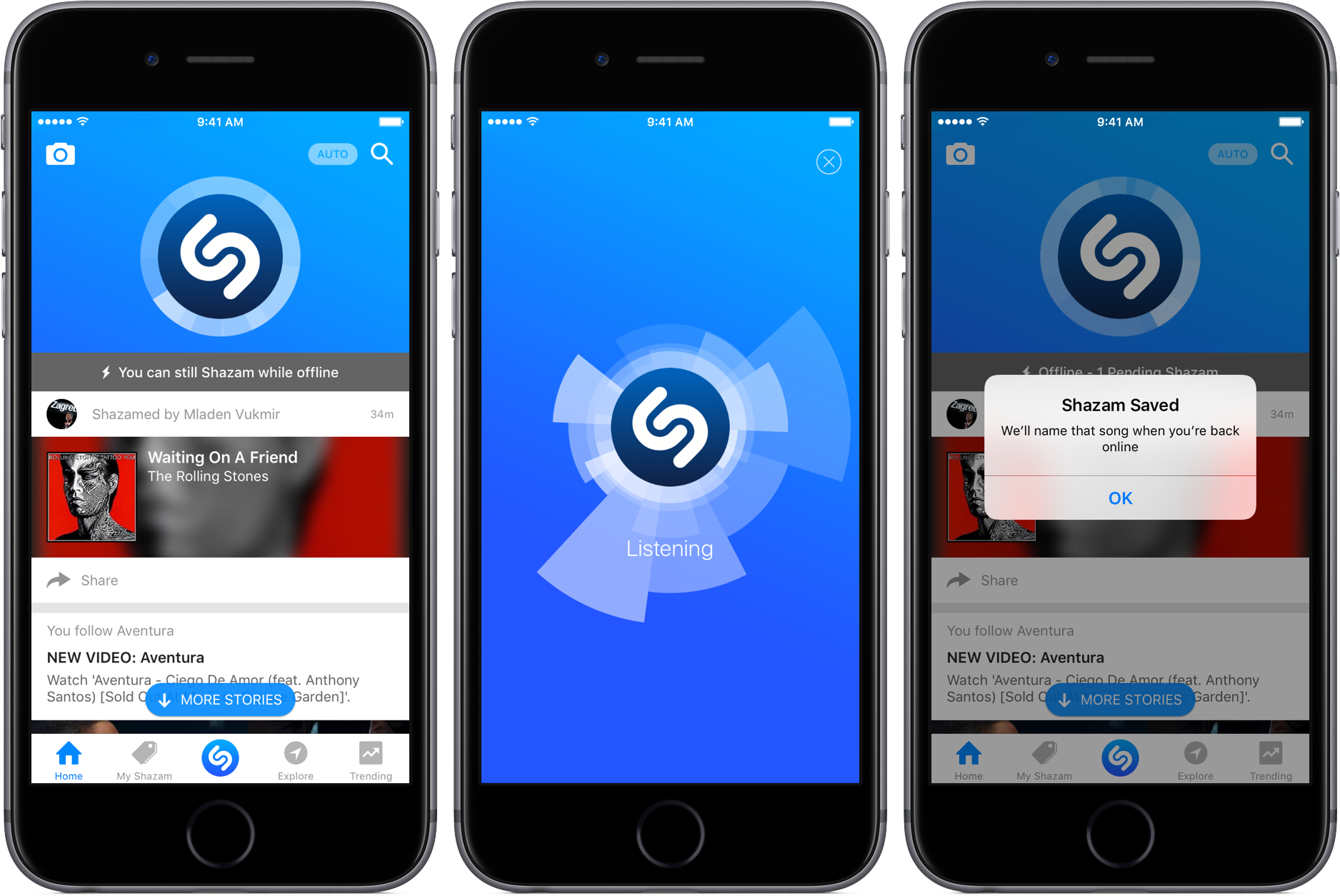 Music and media identification service Shazam pushed a new update to its mobile application in the App Store which enables offline mode. The feature used to be present in Shazam from day one before it was temporarily removed in the overhauled app.

With it, you can still Shazam while offline and the app will name any songs you captured in offline mode when you’re back online. Shazam is a free app. The paid $6.99 Shazam Encore app is available to those who want to get rid of ads and use advanced features.

“Next time the music’s on but the Wi-Fi isn’t, simply tap the big blue button and we’ll name that tune as soon as you’re back online,” as per release notes. Any matched tracks will be waiting for you in the ‘My Shazam’ tab.

When without a network connection, Shazam stores a digital fingerprint of the audio on the app. As soon as you’re back online, it’ll automatically look for a match and you’ll see a little red icon on the tab letting you know how many new tags you have.

Both Shazam and Shazam Encore have offline mode. iPad owners will also enjoy Shazam’s tweaked pages that should make it easier than ever to discover new music.

Download Shazam or Shazam Encore on the App Store.