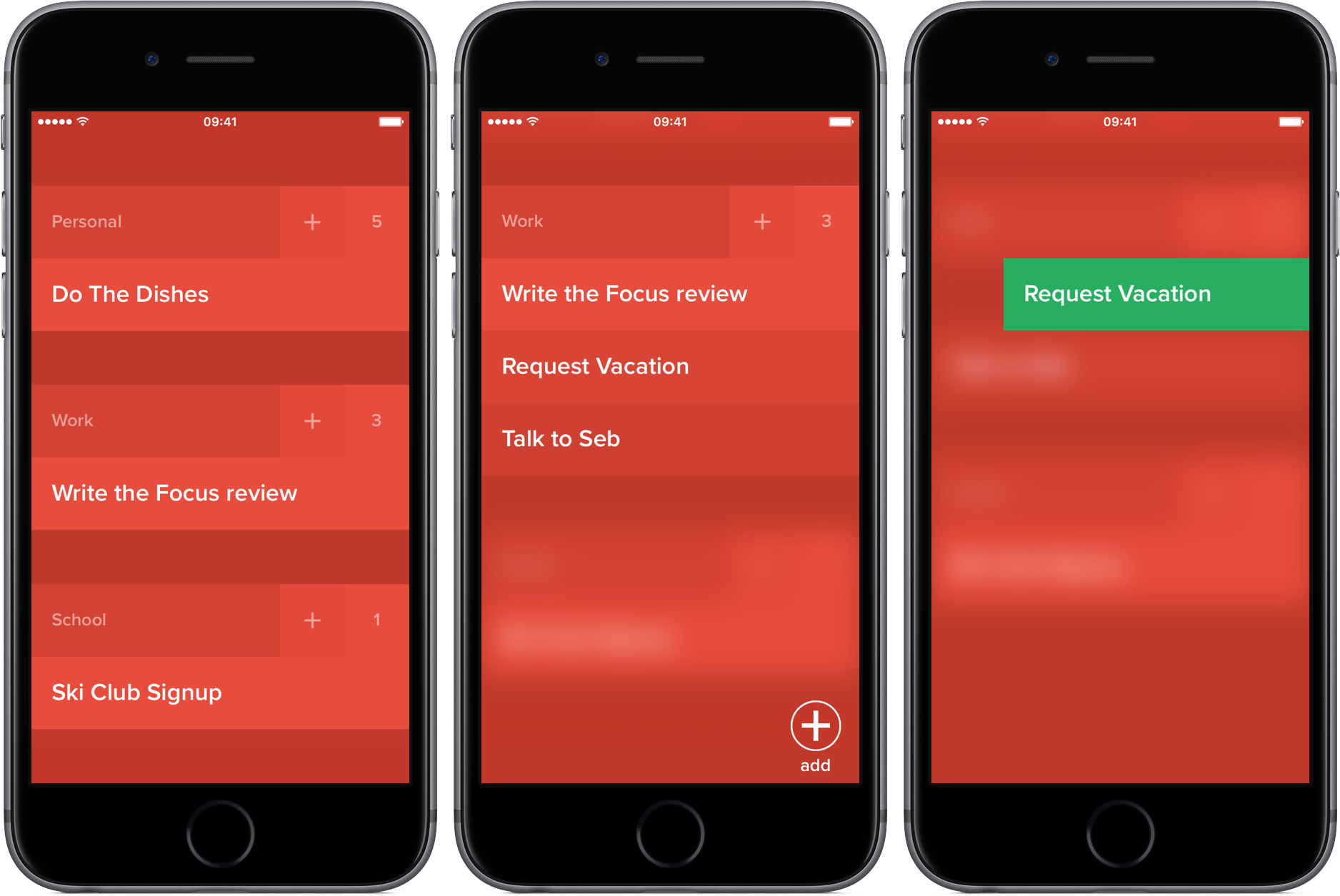 Focus for iPhone, a new task manager by Oslo, Norway-headquartered digital marketing agency Dots Design, is a beautifully conceived application with a minimalist user interface which makes creating lists built around your lifestyle a breeze.

Available at no charge on the App Store, Focus, as the name suggests, is all about focusing on the task at hand. The minimal user interface lends itself nicely to keeping the app very easy to use, with gestures-driven actions and a single screen on which everything takes place.

Simplicity is the name of the game

While not as fully-featured as other task managers, Focus will be more than adequate if all you want is a simple to use app that helps you get things done.

As I mentioned, the app leans heavily on gestures. There are no multiple screens in Focus, no settings, no menus—just the highly focused UI with the tasks at hand.

Focus comes with built-in task lists that are based around a typical user’s lifestyle, but you can easily edit them, or create your own.

To open or close a task list, tap its title.

To create a new task within a list, tap the plus button next to the appropriate task list. I like it that Focus lets me add multiple tasks within a list quickly by tapping the Another button after entering each one. 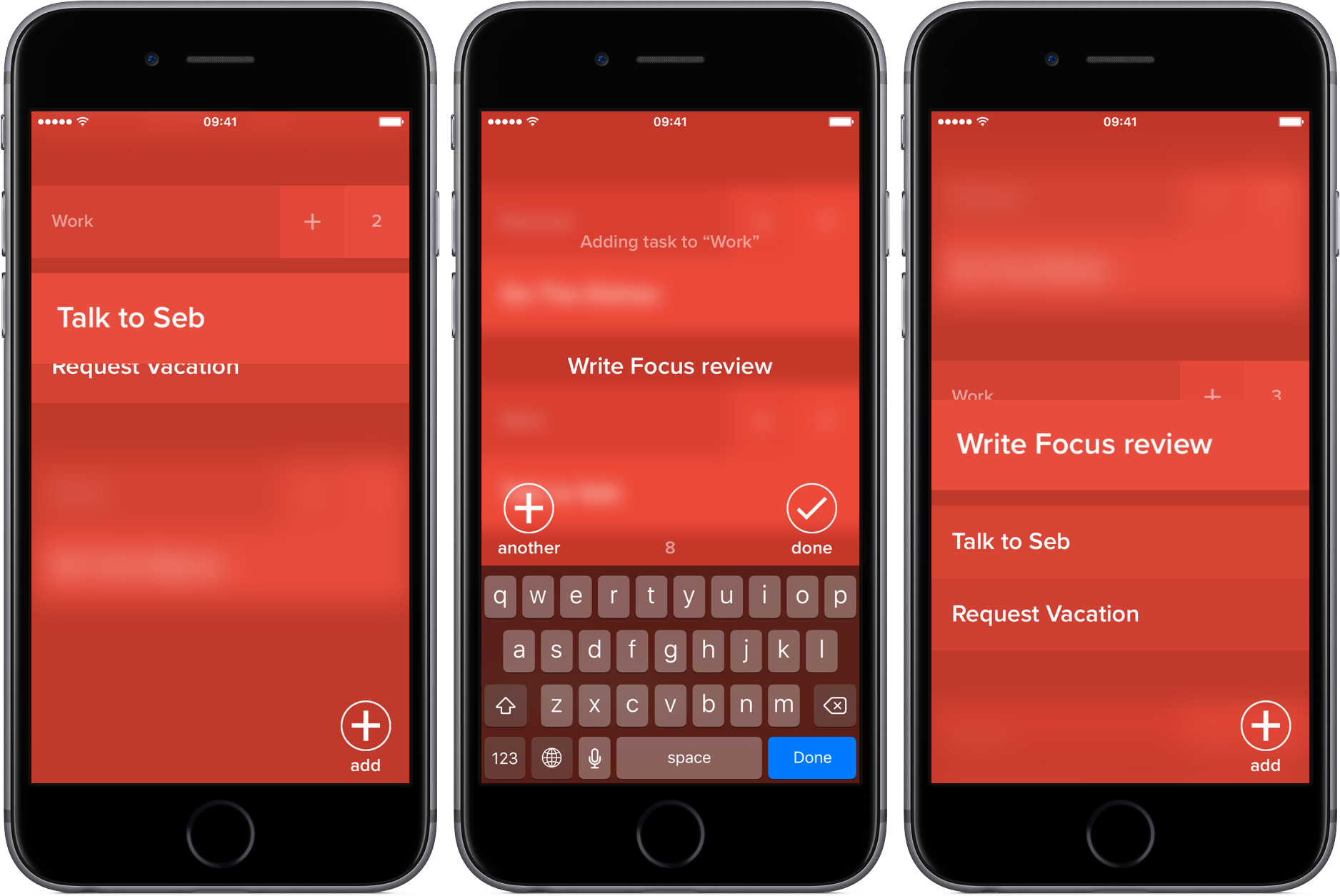 To mark a task as completed, simply swipe over it.

You can rearrange tasks within a list by tapping and holding, then drag a task to the new location. To edit a task’s title (which can be up to 26 characters), tap it.

And that’s about it when it comes to Focus’s feature set and ease of use, but don’t let the app’s simplicity fool you—if you need a minimal task manager to quickly create and manage shopping lists and other task lists on the go, this is it.

I have a few smaller quibbles with Focus.

For starters, I would have most definitely welcomed some sort of settings interface to change the typeface and color scheme. Don’t get me wrong, I like Focus’s minimal UI but also understand that an all-red interface may not suit everyone’s tastes.

This app also begs for 3D Touch Peek and Pop gestures, which I have no doubt in my mind will be added in a future update.

Other than that, Focus is a cool app for those who are looking to simplify their productivity with a highly focused task manager for their iPhone. That it’s a completely free of charge app with no In-App Purchases is a plus as well.

The 26-character limit for task names should be removed, in my opinion.

Focus requires an iPhone, iPod touch or iPad with iOS 8.1. The app is English-only and lacks a native watchOS 2 component for the Apple Watch.

Grab Focus for free on the App Store.