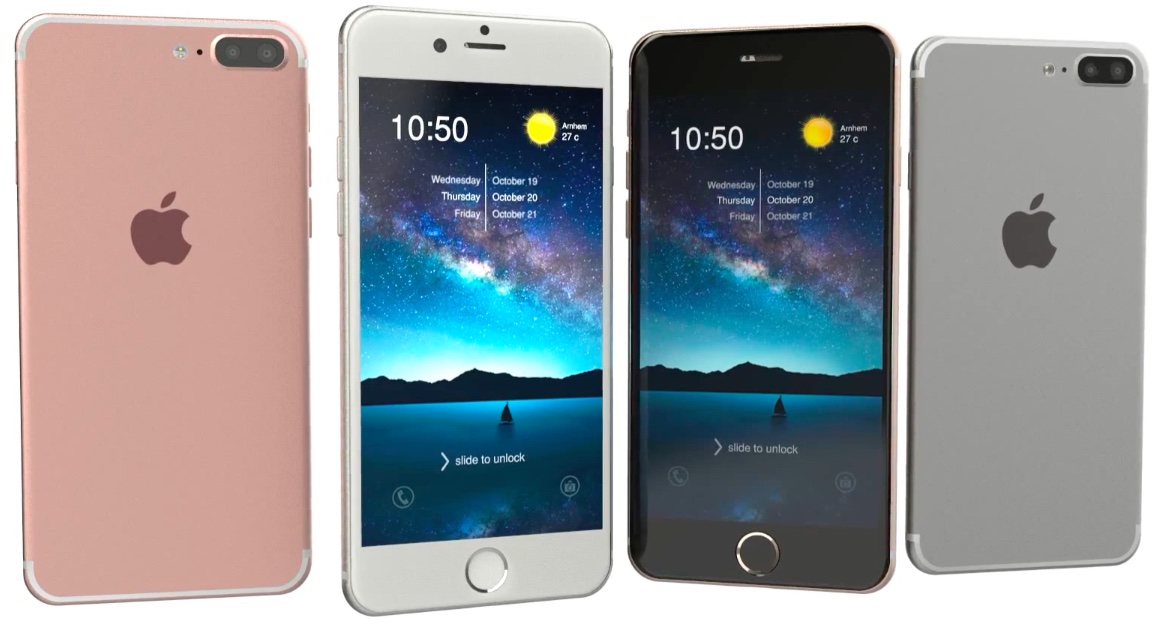 Leaked components and sketchy rumors have led us to take for granted the theory that only the flagship, pricier iPhone 7 Plus model will exclusively include a new capacious 256-gigabyte model.

That assumption is now being challenged by researchers at TrendForce.

The research firm reported on Wednesday that the rumored 256GB SKU will actually extend to both iPhone 7 and iPhone 7 Plus models, possibly even replacing the most popular 64GB storage model.

The 64GB SKU, the most popular storage tier, may be discontinued and replaced by the 128GB version, but this decision “has yet to be finalized” though Apple is “certain to raise the maximum storage option to 256GB” so that the iPhone 7 will have the highest NAND flash density of the entire iPhone series.

According to the research firm, Apple’s now settled on most of the hardware specifications for the next iPhone. The major highlights include 4.7 and 5.5-inch models, dual-camera as an exclusive feature on the 5.5-inch iPhone 7 Plus and “expanded storage for all models.”

TrendForce also claims that the display is not included in the upcoming iPhone refresh because the handset’s LTPS LCD technology has reached its peak in development and Apple is preoccupied with making a switch to AMOLED screens for 2017 iPhones. 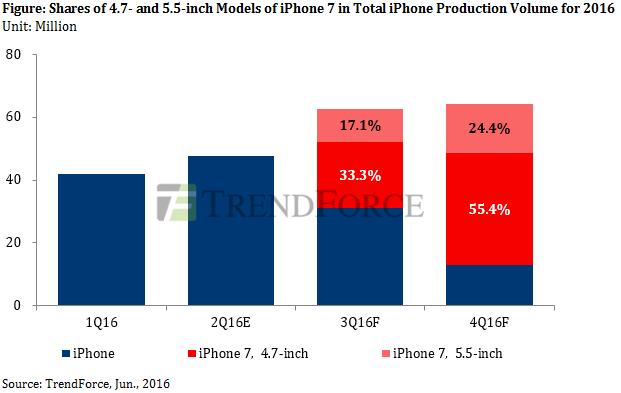 The 4.7 incher is said to have the same two gigabytes of RAM as the current models while the 5.5 incher, TrendForce writes, will come with three gigabytes of RAM to account for increased memory demands stemming from the dual-camera system.

Both devices will apparently use the latest generation of mobile DRAM, LPDDR4, just like the iPhone 6s series. The iPhone 7 Plus will implement its 3GB of RAM in the form of four stacked 6Gb mono-die modules.