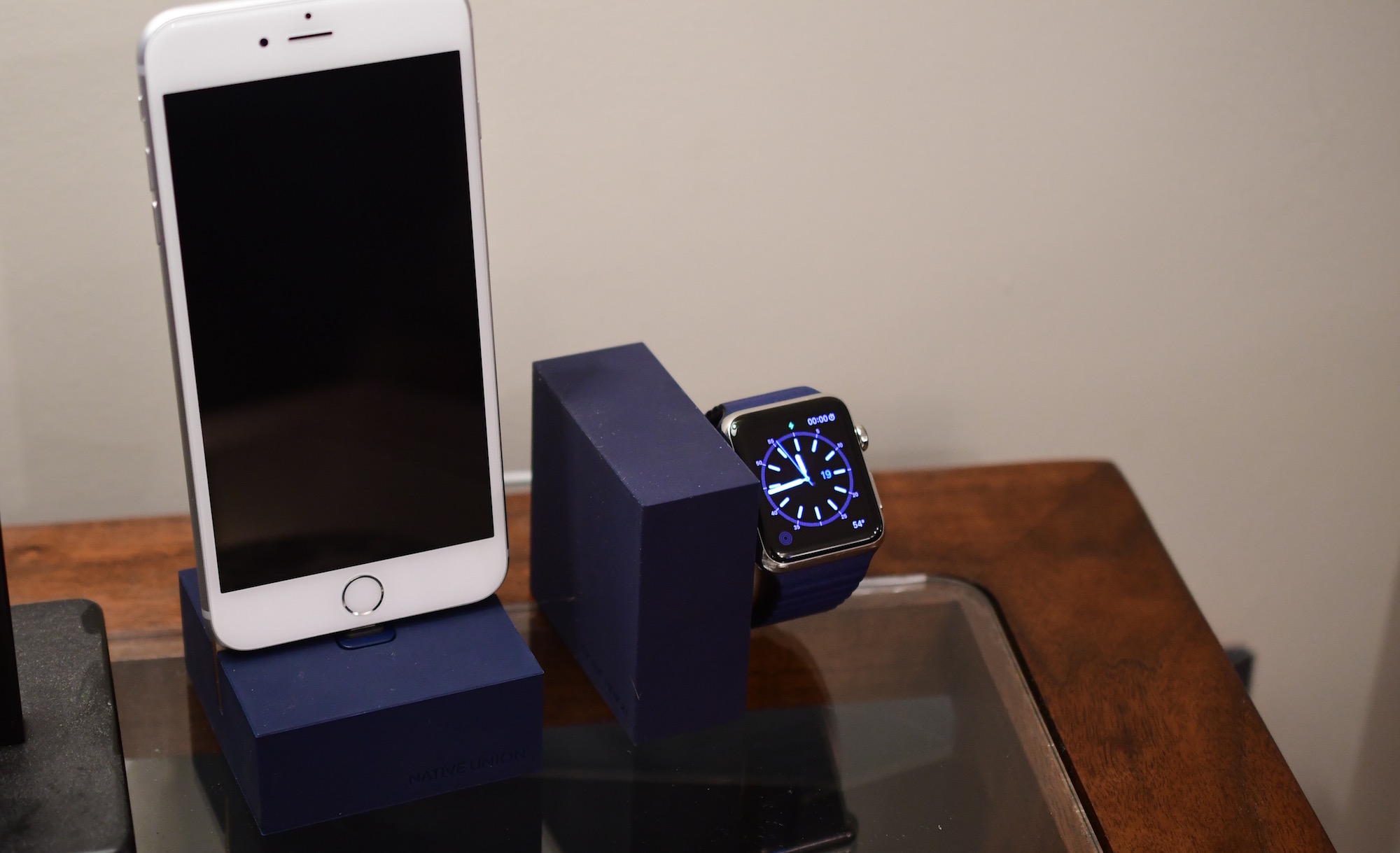 It isn’t often that a single company creates an iPhone dock as well as an Apple Watch dock, and designs them in tandem. They often look entirely different, or the company that makes your favorite iPhone dock, doesn’t even make an Apple Watch dock. A company as design-focused as Apple would never let something like that happen, and neither does Native Union. They recently released their new line of docks for iPhone and Apple Watch, and they completely compliment one another.

Both docks are very similar. Featuring an anodized aluminum accent, with a solid, weighted silicone base. We have the midnight blue/gold models of each, though they also come in dark grey/slate, and cream/rose gold to match the different version of the Apple Watch and iPhone. They each are very simple, and pleasing to look at.

When you unbox them, it is a very pleasing experience. So styrofoam and attention was clearly paid to the unboxing experience. The silicone bases were even wrapped in tissue paper, almost like a present. The iPhone dock has a few extra pieces in the form of adapters for the cord you will use for your phone. Matter of fact, cords are the only thing not included. You will need to provide your own cables, either a Lightning cable, or your Apple Watch charging puck.

To setup the Apple Watch dock, the rotating metal accent that holds the charging puck magnetically attaches to the base. To install your charger, it simply goes in the slot, and routes the cord through the channel and out the back. It takes maybe a couple seconds to setup, which is nice because it is simple to remove if you have to take the cord with you for travel. The iPhone dock is slightly more complicated to get up and running. The reasoning is because of the adapters. You will have to choose the correct adapter based on if you are using a case on your phone, and whether you will be using Apple’s Lighting cable, or Native Union’s Belt cable. 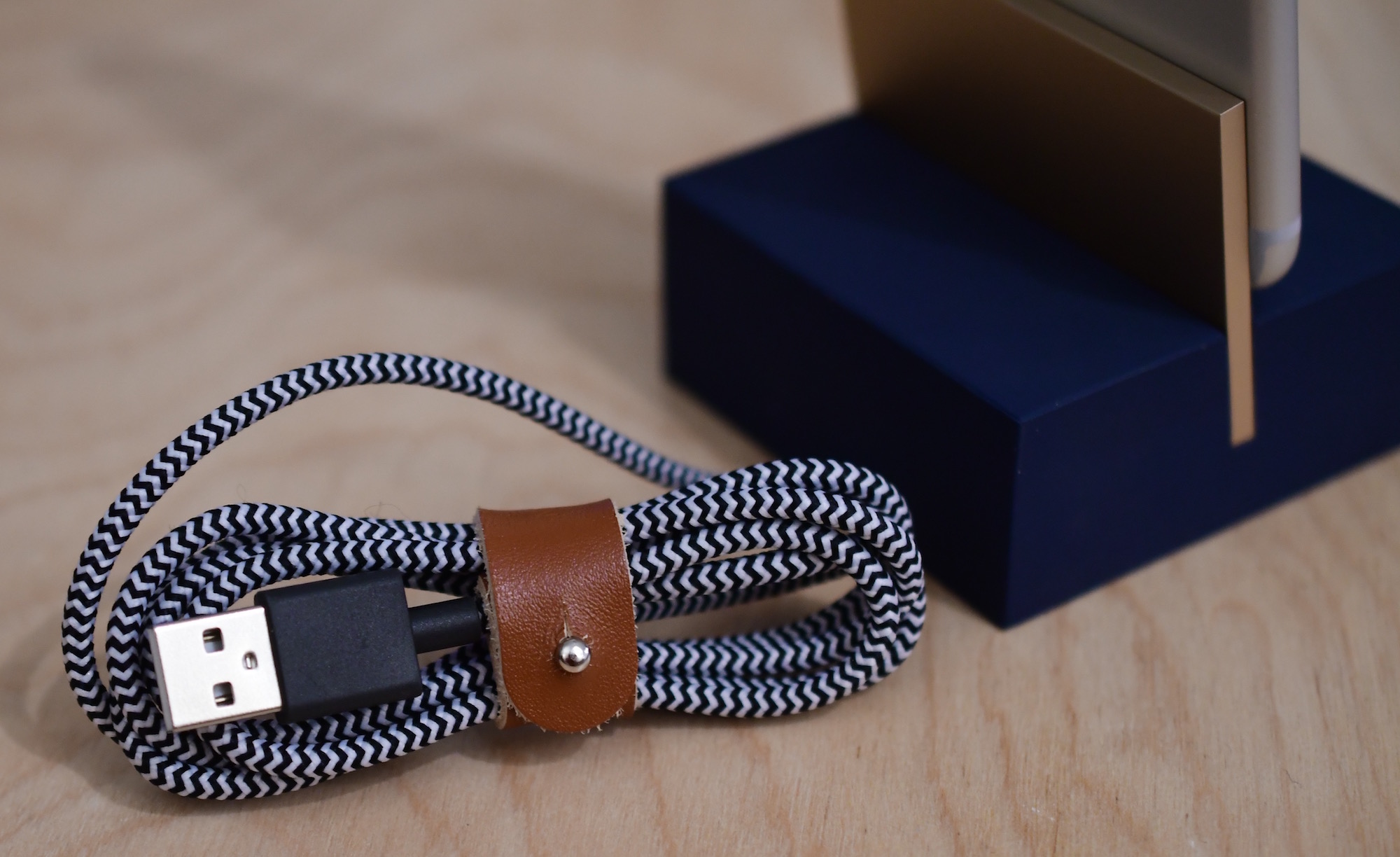 Native Union’s Belt cable is a premium Lightning cable. It has heavy duty ends, and is wrapped in nylon which will help keep it tangle free, un-frayed, and looking good. Around one end is a genuine leather “belt” that can be wrapped around to keep it under control when tossed into a messy bag. This is the only other cable you can use with their dock other than Apple’s first party offering. 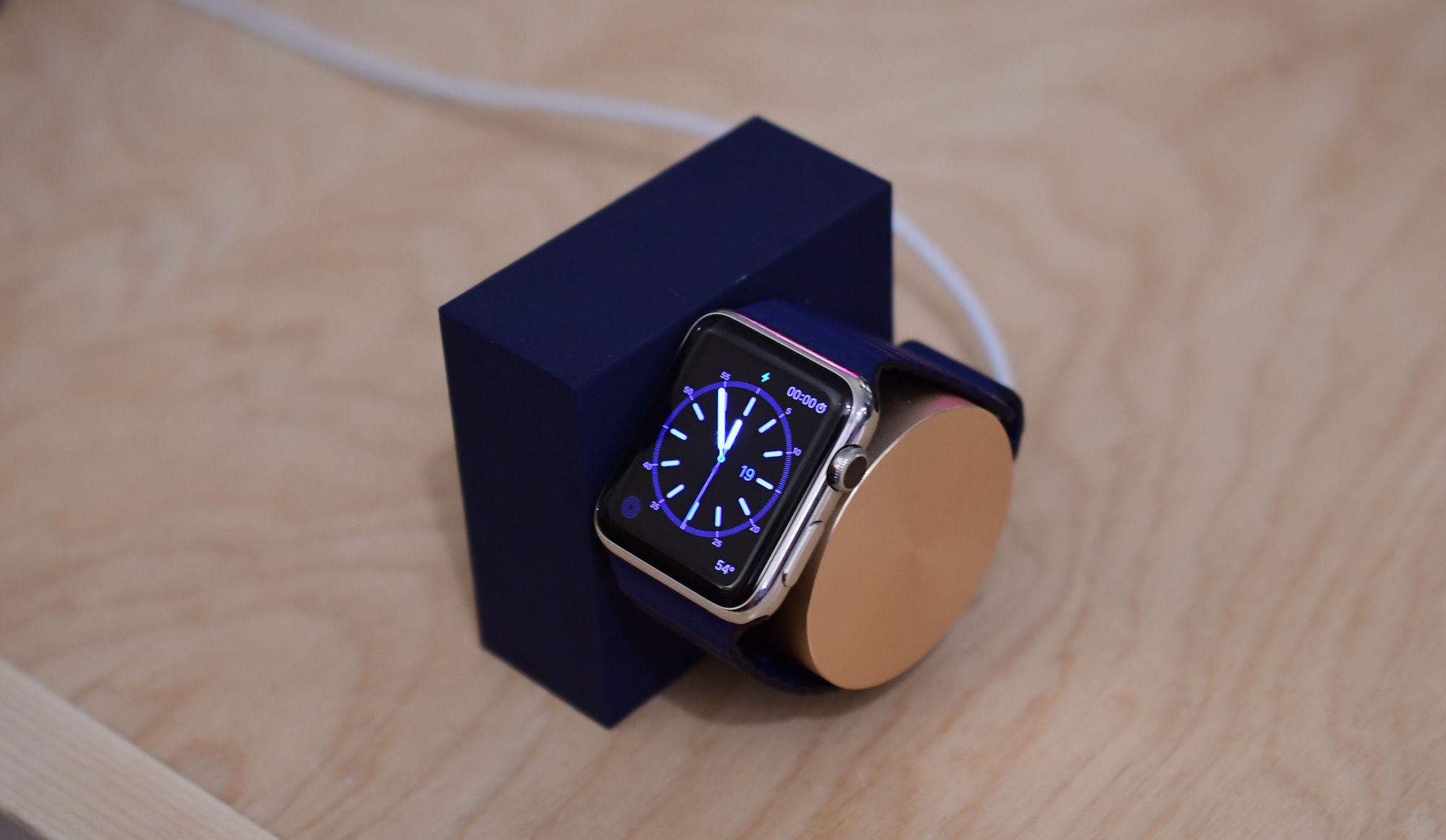 The bases themselves are nice and heavy, and since they are made of silicone, they don’t slip around on your desk. They clearly spent a lot of time on the details too. Like how on the underside of the iPhone dock is a handy place to store alternate adapters. This makes it easy if you go from having a case, to no case, and not having to dig around for the correct adapter in some drawer. My personal favorite is the dark grey/slate version which will easily go with the silver or space grey iPhone. 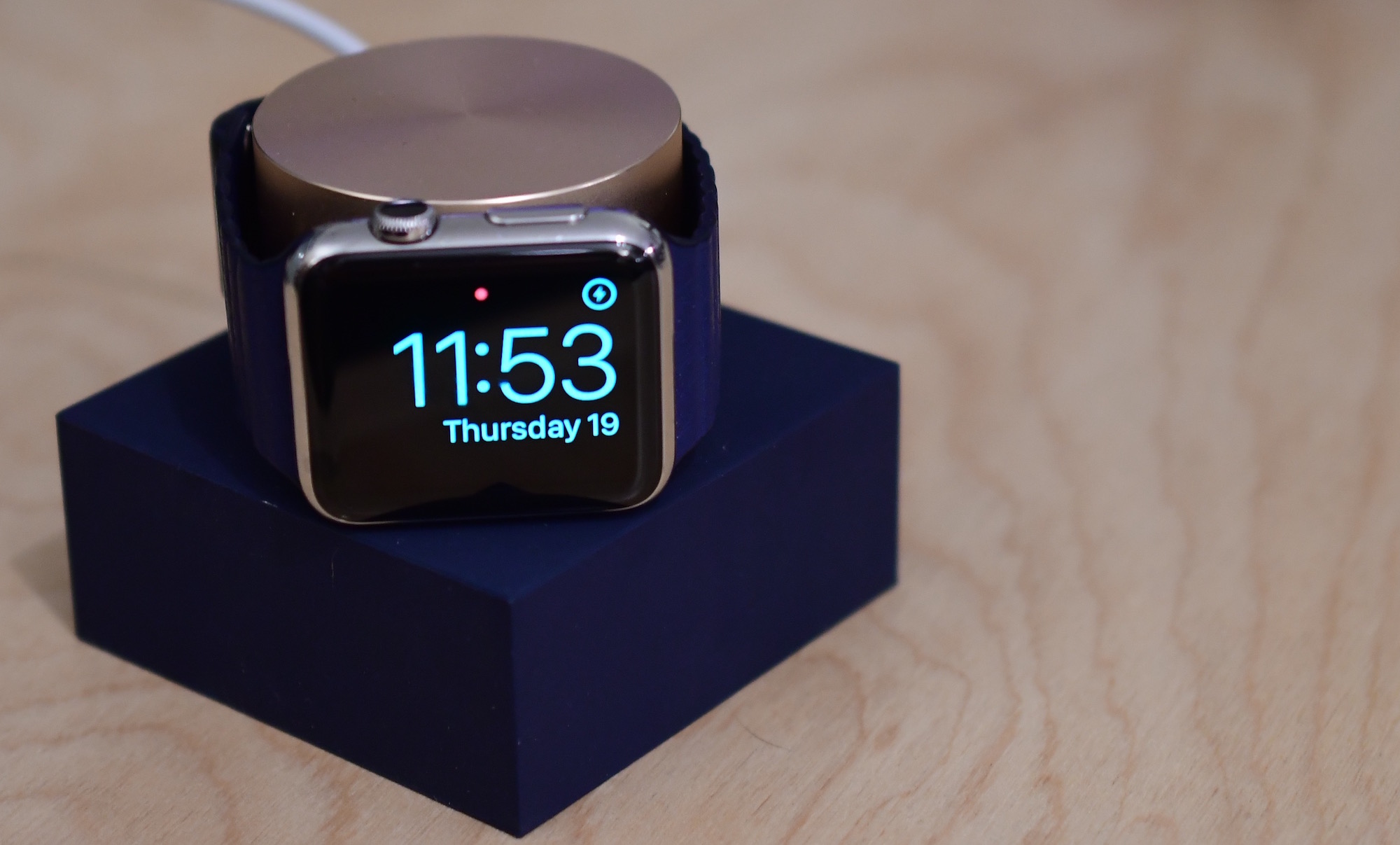 Regarding the Apple Watch dock, I really like that it can work both vertically and horizontally. This is a huge benefit for me. In certain situations I may want the watch vertical. Like on my desk so I can see notifications coming in. However, I may want it horizontal so I can use Nightstand Mode when I’m in bed. Most docks will only support that one orientation which doesn’t give a lot of options.

The iPhone dock works with or without cases using the included adapters. That is very handy for those who have cases as they don’t have to take them off. Other times, the docks will be very large to accommodate cases, which as someone who sports a naked iPhone, I always dislike. This works easily with both, appeasing each sets of users. 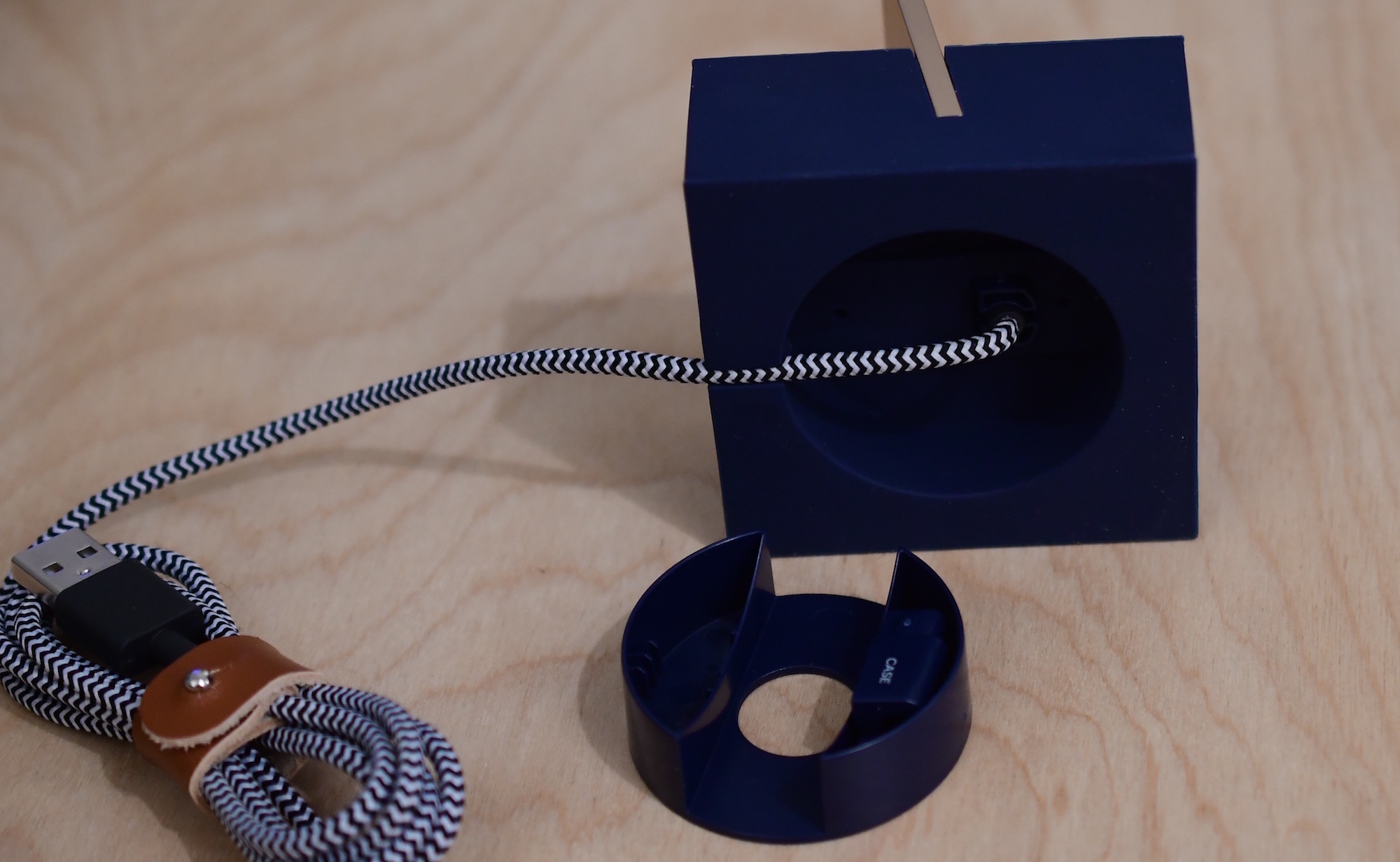 I really like this set of docks. They match each other so well, and are exceedingly simple. Especially the Apple Watch variant. My usual qualm with those docks is that they are difficult to assemble, and when you need to remove the cable, it is quite a task. On top of that, the cable can often be really mangled from how they were stored in the dock. That isn’t the case here though. 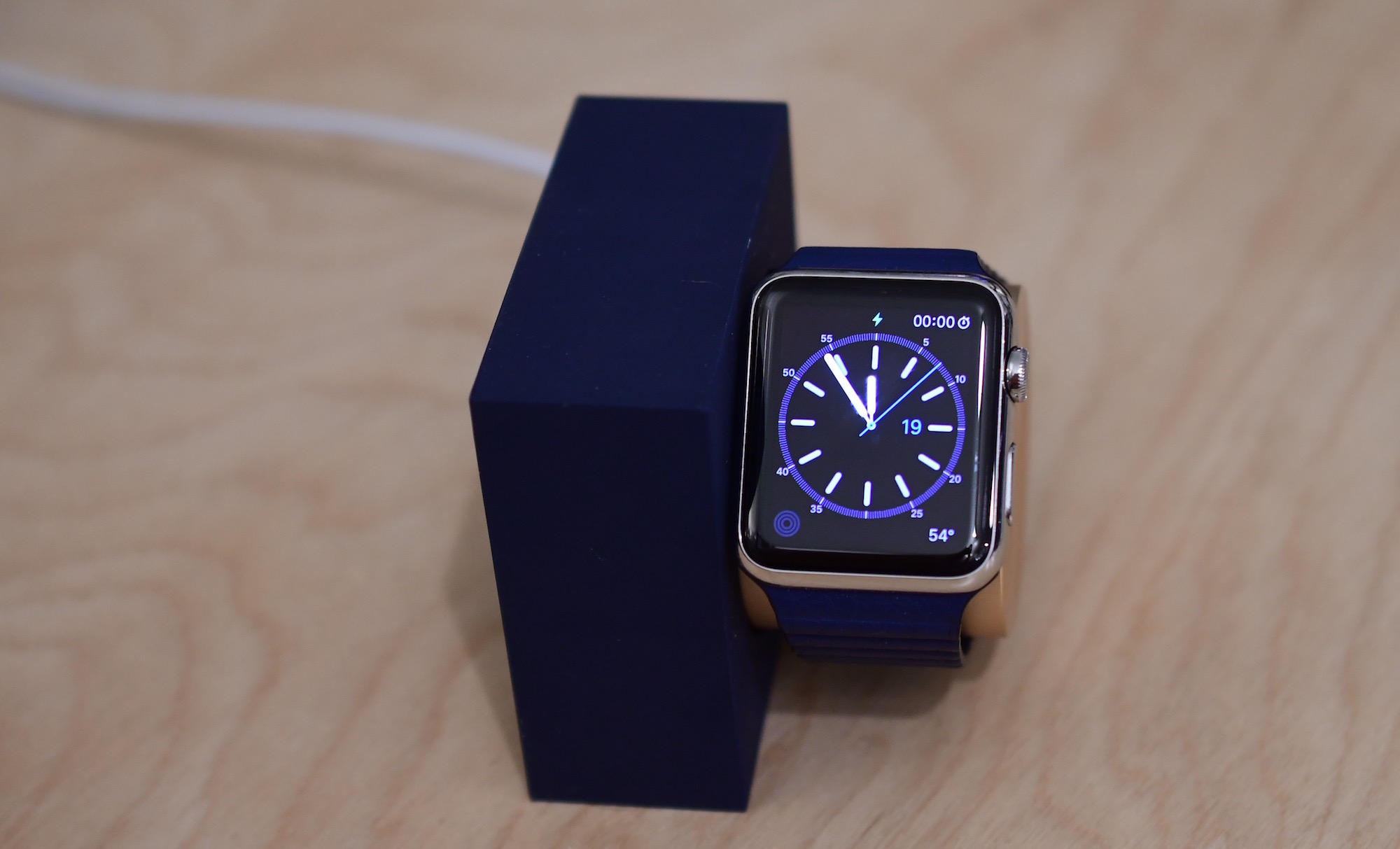 If you are looking for either an iPhone or Apple Watch dock, you can’t go wrong with either of these individually. However, they are even stronger together. You can find both the iPhone and Apple Watch docks on Amazon for $49.99 and $59.99 respectively if you are interested in picking them up for yourself.

What do you guys think of these docks? Do you like the idea of having a matching pair of docks, or would you rather have one integrated solution that charges both your iPhone and Apple Watch?