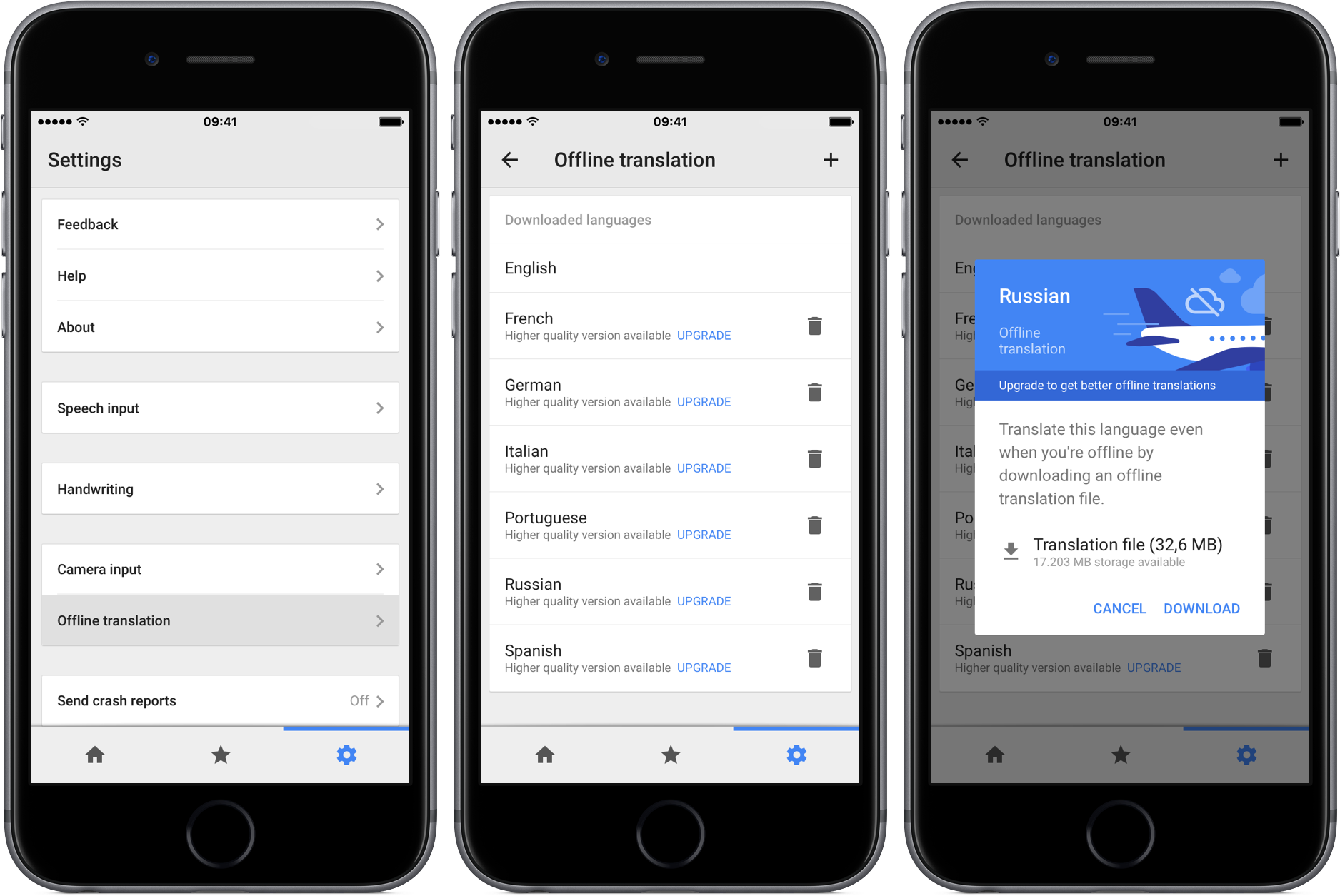 Google’s native Translate application for the iPhone, iPod touch and iPad received a major update yesterday in the App Store, bringing version number to 5.0 and introducing some rather interesting advances. For starters, Google Translate now works without an Internet connection, allowing you to translate words, phrases and sentences in 52 of the 103 supported languages when there is no cellular or Wi-Fi connection available.

The instant camera translation feature, called Word Lens, now works with Chinese: it reads both to and from English, both Simplified and Traditional Chinese. This feature is ideal for traveling: you just point your camera at, say, a restaurant sign in a foreign language and witness the appropriate translation appear like magic in live video feed.

Offline mode uses downloadable language packs, each coming in at a couple tens of megabytes. “We know that many of you found the previous packages too big to download on unreliable data connections or to keep on your phone’s limited storage,” explains Google. “That’s why we shrunk them by 90 percent, to a much more manageable 25 MB each.”

To set up the new offline mode, tap the gear icon in the tab area alongside the bottom and then tap the new Offline Translation section. On the next screen, tap the arrow next to the language name to download its package for offline translation. And with today’s addition of a Filipino language pack, the app’s offline feature now supports 52 of the 103 available languages for translation.

The addition of Word Lens in Chinese marks the 29th language that’s now available for instant visual translation. By the way, Word Lends works in offline mode, too.

It’s not perfect though so you cannot point your iPhone’s camera at anything and expect to get a translation. As a matter of fact, Word Lens works best with things like menus, signs, packages and other printed text.

Just to mention briefly, Google Translate for Android also received a little bit of love from Google yesterday: the app now supports a function called Tap to Translate which permits users to instantly translate text within any app on their Android device, no app switching required.

It’s pretty straightforward, you simply copy the text and Google Translate instantly brings up a prompt right there. You can watch Tap to Translate in action on YouTube.

Google Translate is available free of charge on the App Store.