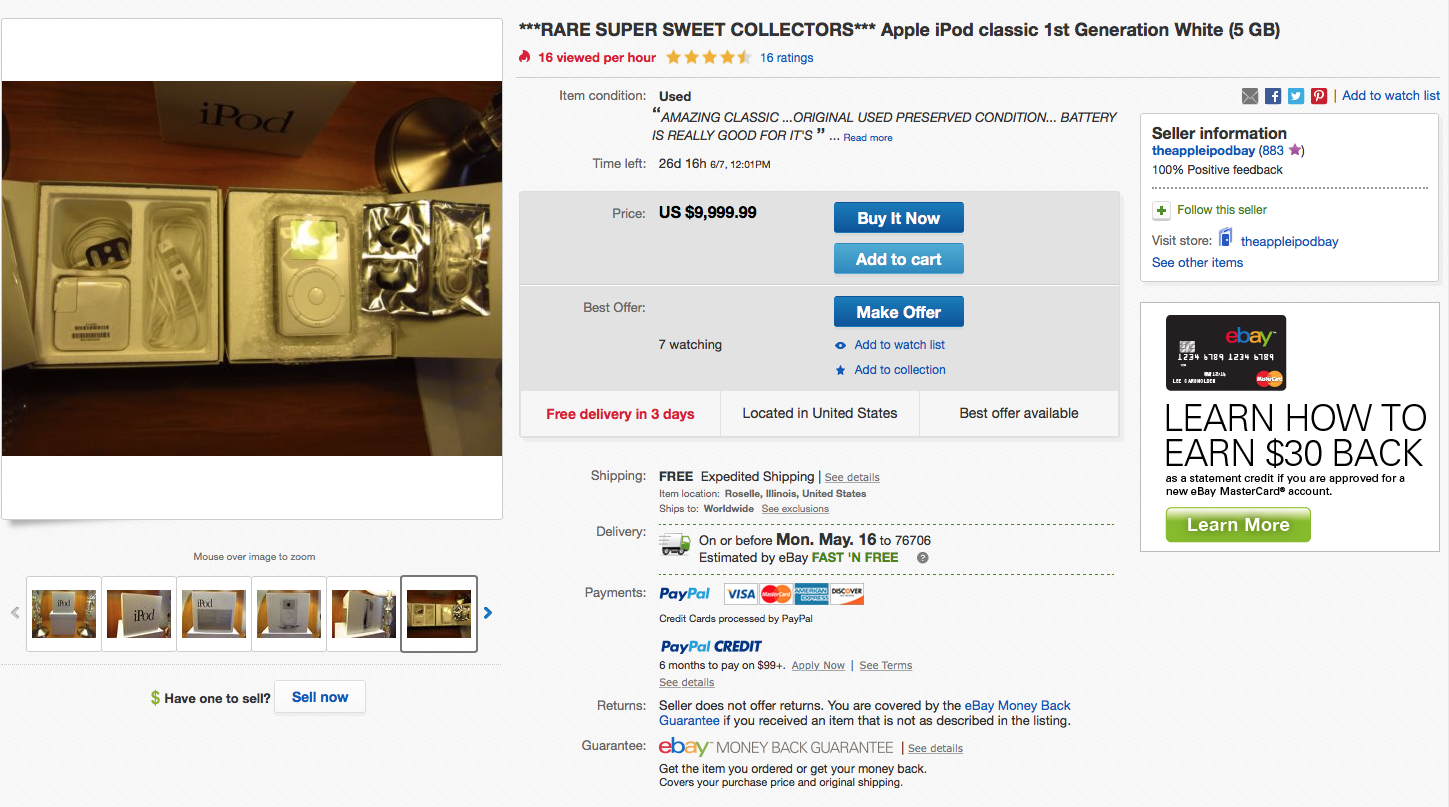 Old iPods have apparently become the latest craze in the world of collectables. As noted by The Guardian, various Apple-branded MP3 players from the early 2000s are going for insane prices on eBay right now, depending of course on the model and condition.

For example, a factory-sealed third-generation iPod shuffle is listed on the auction site at $999.95, and it has 10 watchers. A fourth-generation U2 edition iPod is priced at just under $7,000. And a new-in-box second-generation iPod classic? A staggering $20,000.

Terapeak, a company which tracks pricing of collectibles on eBay, released a study on the pricing of Apple products following the iPod’s discontinuation. It found that classic iPods in their original packaging were priced at collectibles levels – one U2 special edition, Terapeak noted, sold in November for $90,000 – and that ever since Apple discontinued the item the price of even late-model iPods had risen considerably.

And there’s even more money in sets. A fully-boxed set of the three memory options of the first generation iPod is currently listed for $50,000. Or, for the same price, you can get a set of the fourth-gen iPod classic, which includes the U2 and other special editions.

Source: The Guardian via iPhone in Canada